The Tampa Bay Buccaneers got a new ball boy for training camp this summer — and he’s the son of their superstar quarterback, Tom Brady! Tom proudly shared pics of his son, Jack, hard at work on the field.

Tom Brady is back on the field with the Tampa Bay Buccaneers, and his 13-year-old son is joining him — sort of! The legendary QB posted photos on his Instagram story of himself and his teammates practicing, and he revealed that his son, John Edward Thomas Moynahan, who goes by Jack, is working as a ball boy for the team this summer. “Buccaneers got a new ball boy this week,” Tom wrote, alongside a pic of Jack on the sidelines, WHICH YOU CAN SEE HERE. In another pic, Jack is seen running with a ball in hand. “He takes his summer job and every rep very seriously,” Tom added. “Just like his dad.”

Jack is Tom’s oldest son, who he shares with his ex, Bridget Moynahan. The two dated from 2004 until 2006, and it wasn’t until after their breakup that Bridget confirmed that she was pregnant with his child. Jack was born in August 2007. Meanwhile, Tom began a relationship with Gisele Bundchen amidst Bridget’s pregnancy, and the two tied the knot in Feb. 2009. They had a son, Benjamin, born that December, following by a daughter, Vivian, in Dec. 2012. 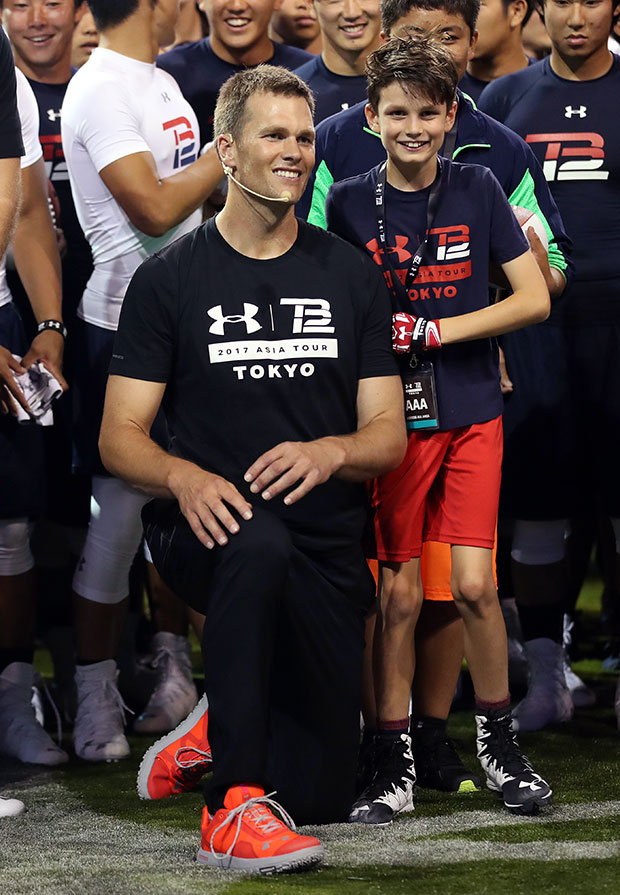 This new season of football for the Bucs comes following their 2021 Super Bowl win against the Kansas City Chiefs in February. After 20 seasons with the New England Patriots, Tom left Boston for a new journey with the Bucs in Tampa Bay during the 2020 season. He wasted no time bringing his talent to his new team, leading them to a Super Bowl victory in his very first season with the team. Now, they’re looking to run it back with another championship in 2022. 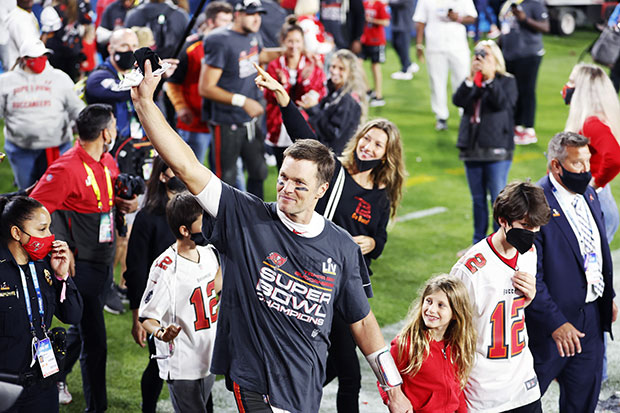 Despite being 44 years old, Tom certainly does not seem to be slowing down any time soon. Although fans are anxiously wondering when he may retire, he has shown no signs of hanging up his cleats just yet. In fact, on his Aug. 17 Instagram Story, he shared a photo of himself with two fingers up, which he captioned, “Me telling coach how many more Super Bowls I’d like to win.” In addition to his one Super Bowl win with the Bucs, Tom also won six Super Bowls with the Patriots.