Tiki Barber and CC Sabathia hit the beach in the Bahamas

Giants great Tiki Barber had a wild dash to even make it to the start of the 50th New York City Marathon on Sunday morning — after broadcasting a college football game in Tuscaloosa, Alabama, on Saturday night.

Barber faced flight delays and canceled Ubers, and even needed permission from New York State Troopers to make it to the starting line to run the race on just thirty minutes of sleep.

The former NFL star, who miraculously made it to his seventh in-person NYC Marathon, was broadcasting the LSU vs. Alabama game on Saturday, and kickoff was scheduled last week for 7 p.m.

After the game, Barber got back to his hotel at midnight and then drove hours to the airport to make a flight from Atlanta to LaGuardia. But the flight was delayed numerous times, and he wound up getting off the plane in Queens at 8:40 a.m — about 30 minutes before the race started for runners in Wave 1. 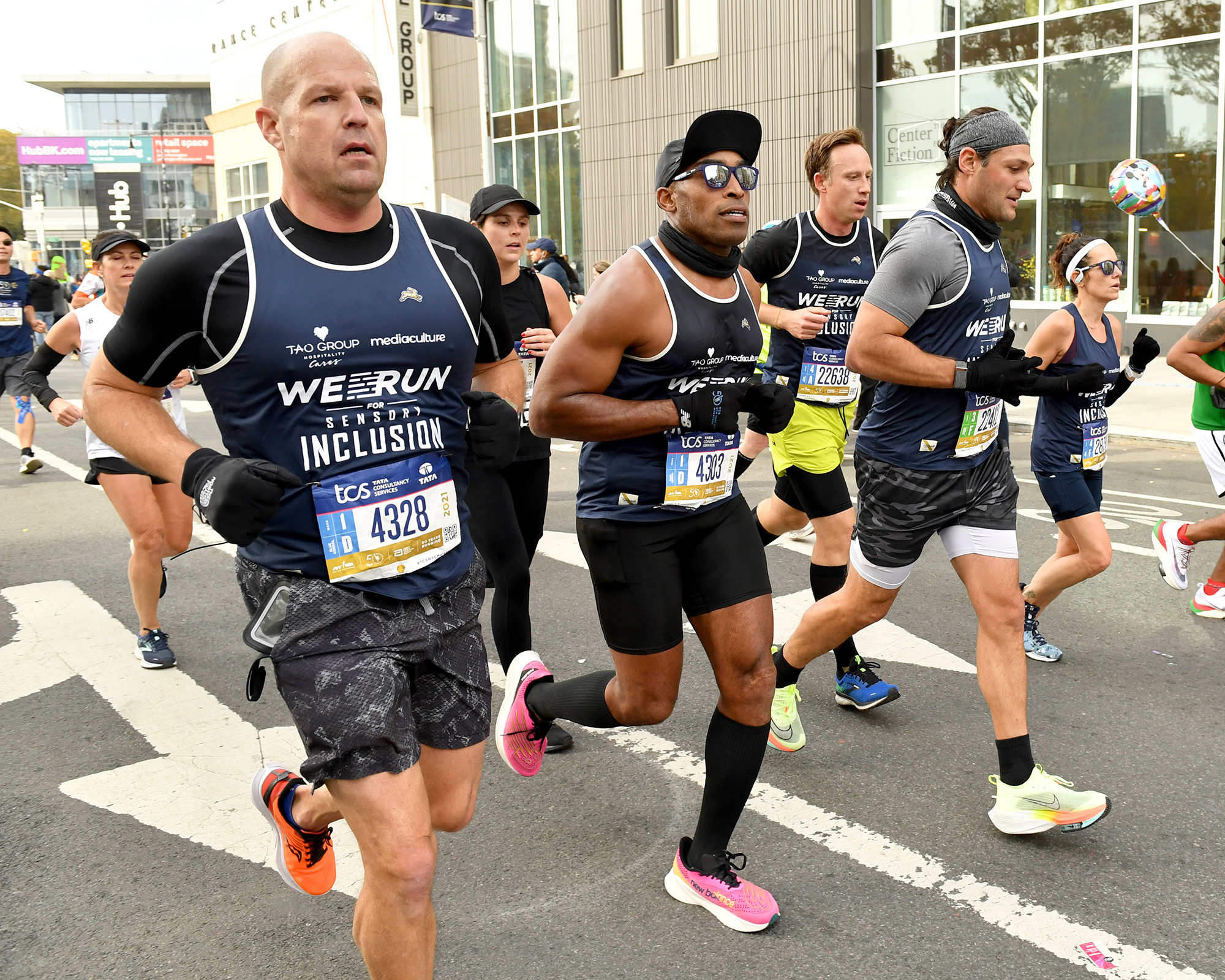 At LaGuardia, Barber was also saddled with video and audio equipment — since he’d been doing his CBS Sports Radio show remotely from Alabama.

Making matters worse, his Uber canceled on him. He booked another car and gave the driver a hefty tip to add a stop and take his equipment home for him to New Jersey after dropping him on the Brooklyn side of the Verrazzano-Narrows Bridge.

The only problem? The marathon starts on the Staten Island side. And the bridge was closed.

State Troopers on the scene said they’d need official permission from the race’s command center for Barber to cross. After a number of calls, he got the go-ahead and was driven across to the start by an officer.

By that time it was about 11 a.m. “I take a deep breath, I haven’t eaten anything, and start running,” Barber told us. He was able to scarf down two bananas before he took off.

He also met up with his friends and teammates running for the KultureCity Team.

But by mile 16, Barber told his pals, “‘I’m dying, go crush it’ — and they crushed it. I inched my way along — stopping, starting,” he told us. He said that along the way, “I saw my wife [Traci Lynn Johnson], she gave me a beer and a hug and kiss.”

He also stopped to pose for pictures with fans all along the route.

Making his way to mile 20, Barber spotted a friend of his CBS Sports Radio co-host, Brandon Tierney. “We just started talking,” Barber said of Tierny’s pal, Darren Coffin. “He carried me the rest of the way in.”

Not literally, but supportively. “Basically he took me to the finish line. I finished in 4:47.”

Barber said that “by mile 21, I felt like I was starving. I’d only eaten dinner before the game” the night before in Alabama. But he figured, “I knew I wasn’t PR-ing [running a personal record]. I haven’t trained, I didn’t think I’d be able to run it.”

Turned out to be another gutsy performance for the legendary Giants running back. Other celebs running in the race included Chelsea Clinton, Christie Turlington, Matt James of “The Bachelor” and more.

Barber works with KultureCity to create “sensory inclusive” sports venues and other initiatives. He is also an ambassador for Team For Kids.

He told us the day after the race, “It’s medal Monday,” and encouraged anyone who ran the race to wear their marathon medals out of the house in celebration.