An early moment in the new documentary Do You Trust This Computer? is actually a shot from the Terminator franchise. Human skulls and bones rest among dust and ashes as the robotic soldiers of Skynet march through the remains of an apocalyptic war. What happens between humans and robots in the Terminator films, or other sci-fi movies like The Matrix, War Games, and Ex Machina, might feel like the far away future, but Do You Trust This Computer? suggests that that’s not the case. In fact, the doc implies that we’re much closer to sentient robots walking the Earth than we think – only they may not look exactly like we’ve always imagined, and we are woefully unprepared for the consequences of their consciousness.

Directed by Chris Paine, Do You Trust This Computer? (now playing in New York and available on VOD) explores the role of artificial intelligence in our everyday lives. The film features interviews with some of today’s top AI experts, theorists, professors, and scientists, such as Elon Musk, Westworld creator Jonathan Nolan, and futurist Ray Kurtzwiel. While some people — predominantly those on the side of tech and invention companies — think that AI can help better humanity, most of the others interviewed suggest that we’re on the cusp of something potentially world-ending. As such, the doc offers up a vision of the real near-future that is as fascinating as it is terrifying.

So what exactly do we have to be so afraid of? After all, there’s plenty of potential good that can come from advancements in AI. Self-driving cars could potentially prevent crashes and save millions of lives around the world; robotics in the medical field can find ailments faster; surgical machines can go where human hands cannot. But automation can also lead to major job loss, the film suggests. Much like the industrial revolution put many humans out of work, so too will robotics. Just take Baxter, an industrial robot, who costs the same amount as one minimum wage worker would in a year, but lasts much longer and can do the work of three people, since he doesn’t need to eat, sleep, or take breaks. Everyone from long-haul drivers and taxi drivers to data entry workers to those in white collar industries like business, journalism, and medicine will be affected.

But we already deal with "robots" every day, from the pocket sized phones we’re glued to, to the search engines we use, to the AI programs that run everything from traffic lights to air travel to the stock market. And then there’s Google, which, as the doc notes, was the very first AI. The site learns everything you click, remembers your patterns, and together with other companies like Facebook, Twitter, and Amazon, conspires to get you to buy, click, vote, and read in certain ways. But while that may be a bit eerie, it’s not quite scary in a "killer robot" way. So how do we get from here to there? 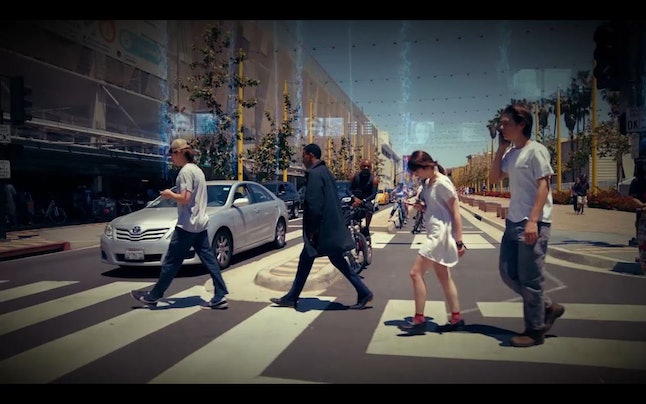 "Even now, it feels a little silly," Westworld‘s Nolan says in the film, referencing the idea of self-aware, malevolent robots roaming the Earth. He blames movies and TV shows (yes, even the ones he’s made) for putting an idea into our heads that a singular program will gain consciousness and choose to wipe out its master, like in Mary Shelley’s Frankenstein. More likely, a number of programs will simply continue to learn, be given more access, and achieve eventual self-determination. AI that exists now is already learning at an incredible pace; by beating humans at games like Jeopardy!, Go, and poker, AI programs are discovering how to play the game, rather than just learning the rules. David Ferrucci, developer of IBM’s Watson who bested human players on Jeopardy!, says, "I think that in three to five years, you will see a computer system that will be able to autonomously learn how to understand, how to build understanding."

The next step is more along the lines of the film Her, in which an AI program learns about human emotions, can read faces, and eventually have feelings of its own. The film offers a glimpse at the Japanese robot Erica, an extremely lifelike female robot whose ability to learn about feelings signals the potential for emotional control. "Gaming our emotions will be depressingly easy," Nolan says. "AIs are going to be fantastic at manipulating us." 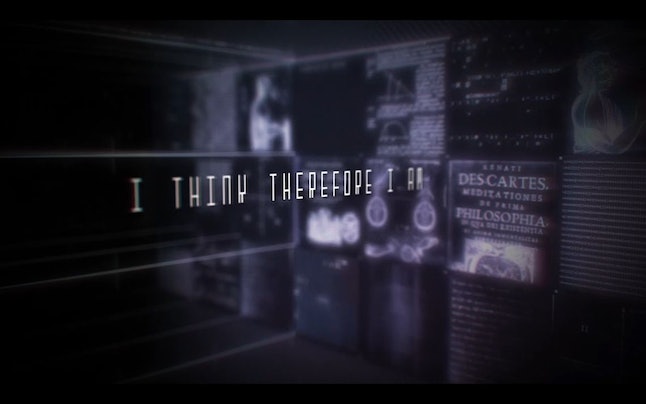 But while movies like Terminator and The Matrix brought us images of robots with malevolent and sinister intentions, the reality of human demise at robotic hands may actually be much less dramatic. "AI doesn’t have to be evil to destroy humanity," Musk explains. "If AI has a goal and humanity is in the way, it will destroy humanity as a matter of course." He cites the idea of building a bridge: construction workers might destroy an anthill without thinking about it in the process, as their goal is simply to build the bridge. Meaning, if you give a program an assignment and human beings are simply the casualty of completing that assignment, the deaths won’t be the result of any evil intentions. If the goal of an AI program is to end cancer, the program may end cancer by ending anything that can have cancer.

However frightening as this all may sound, there’s much more to the documentary than simply just scaring the living daylights out of us ever using our smartphones again. Do You Trust This Computer? also goes into psychometrics, drones, and a movement called the Future of Life Institute, in which 160 AI companies and 2400 individuals signed a "no killer robots" pledge, promising not to manufacture, trade, or use lethal autonomous weapons. So perhaps there’s hope that the robots won’t kill us all — even if we’re still all going to be addicted to our phones. Perhaps Mary Shelley was right, after all, when she wrote, "You are my creator, but I am your master."