Are you dying to know what a couple’s relationship is really like? Elite Daily’s series, ILYSM, celebrates couples who met on dating apps and dives into the inner workings of their relationships. How did they know they were falling for each other? Who sent the first awkward message? What’s the one thing they fight about? Are they astrologically compatible, and do they care? By the end of each story, you’ll love them both so much.

In 2019, Idamarie, a project administrator for a contractor in Illinois, felt very single, and she wanted to change that. She listened to the dating advice podcast U Up and had profiles on a bunch of different dating apps, but she just wasn’t meeting anyone special. Then, one day, she heard an ad on U Up for the dating app Ship, which lets people swipe for their friends and debate potential matches in a group chat. Her best friend Claire promised she’d help Idamarie find someone amazing on Ship. "It was nice knowing that my friends took my dating life seriously," Idamarie tells Elite Daily.

Soon enough, Idamarie met Gianni, a foreign trade zone coordinator in Illinois who shared her Italian heritage — and they’ve been happily together ever since. 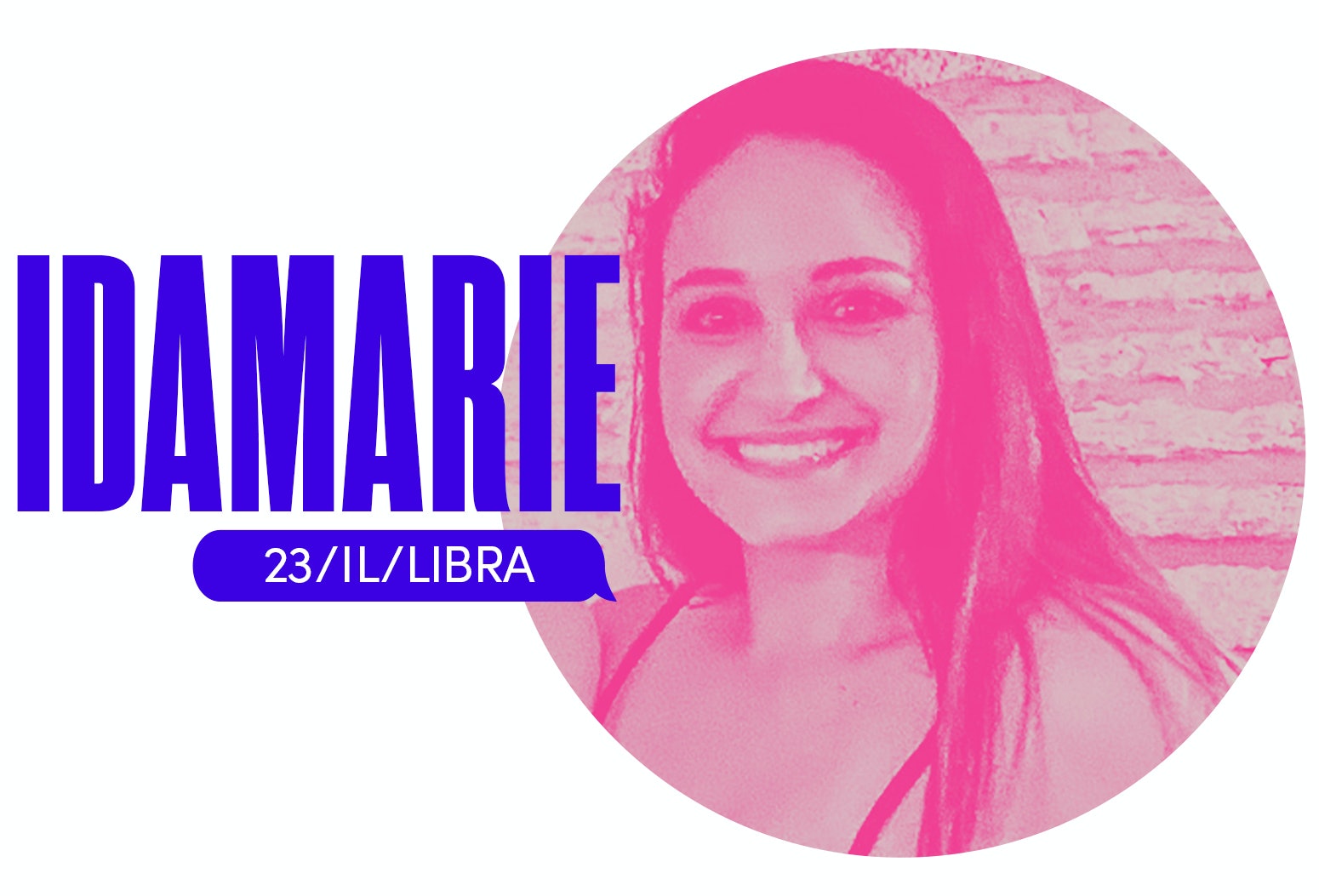 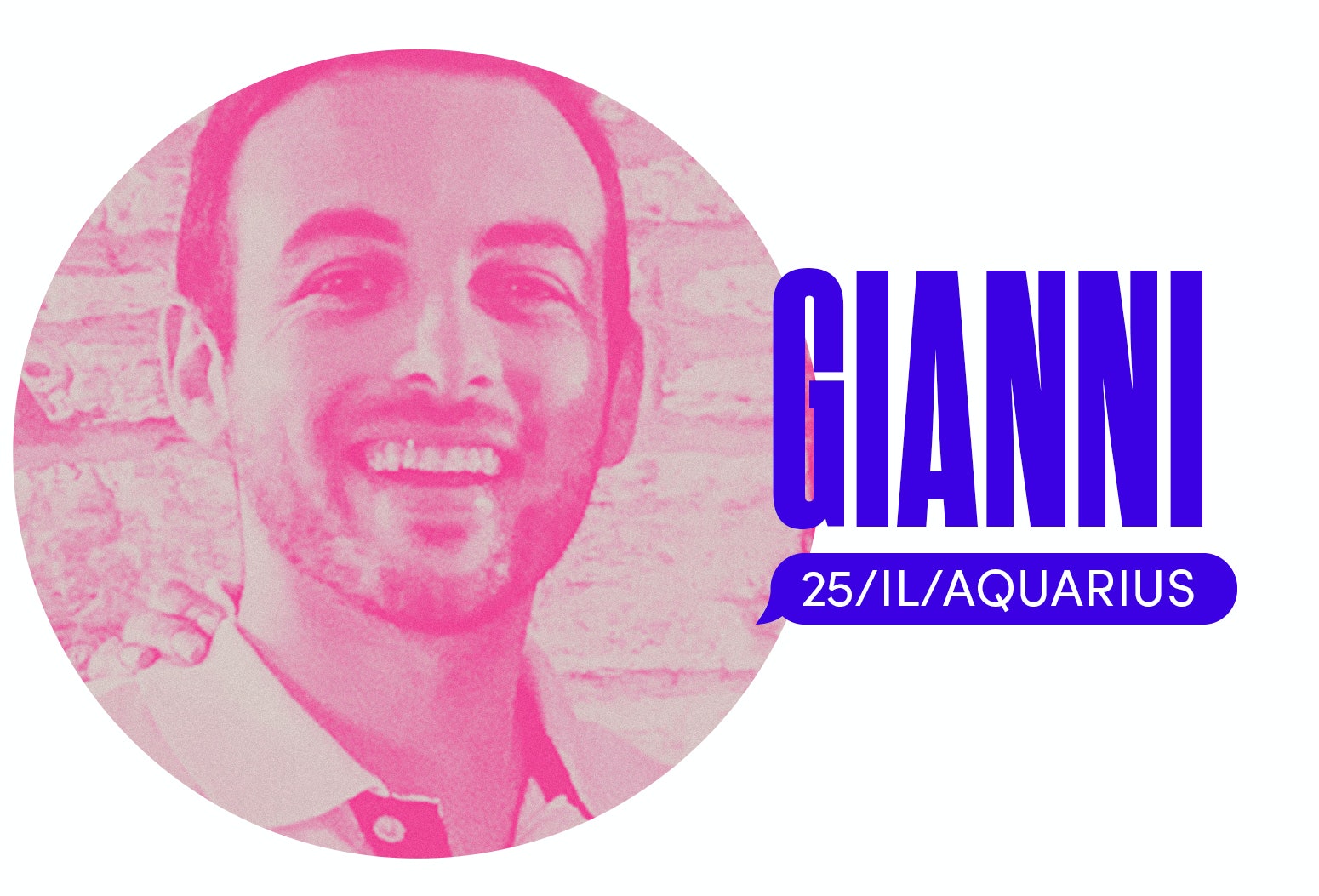 Which app did you meet on?

How long have you known each other?

How long have you been dating?

Do you live together? Are you engaged? Do you have a pet you share? Any other relationship markers?

I: Our parents have met and we’ve been on a vacation together.

What initially attracted you to each other’s profiles?

I: His name… I wanted to know if he was Italian. (Also, he looked like Thomas Rhett with a beard!)

G: Her smile — and I’ve never seen someone with such an Italian name before.

Who sent the first message, and what was it?

I: I said, “Are you Italian??” (Then I made jokes to my friend that I found my Italian stallion.)

How long did you exchange messages or texts before your first date?

G: I asked for her number the same day we matched, and we had our first date seven days later.

G: It was sort of comical in a sense, but looking back, it’s a fun story to tell. I planned our first date at a botanical garden. Not only was I a little late, but the garden’s exhibits were shut down due to construction and there were two weddings at the same time. So, we literally walked around the same 10 flowers for about an hour. Then, we tried to find a place to eat and somehow decided on sushi. I found out later that Ida didn’t like fish… But I was having lots of fun with her. It ended up being a perfect night.

I: It was a little awkward in terms of what we were doing, but the conversations drew me in.

I: He took me to his friend’s Halloween party and kept trying to introduce me to people.

G: The whole night, I was introducing her as Ida. Later, when I was dropping her off, she asked me if I had anything I wanted to say to her. My mind was racing. Then she said, "You know you can introduce me as your girlfriend, right?" I smiled, then kissed her.

If you’re Instagram official, what was your first photo together? 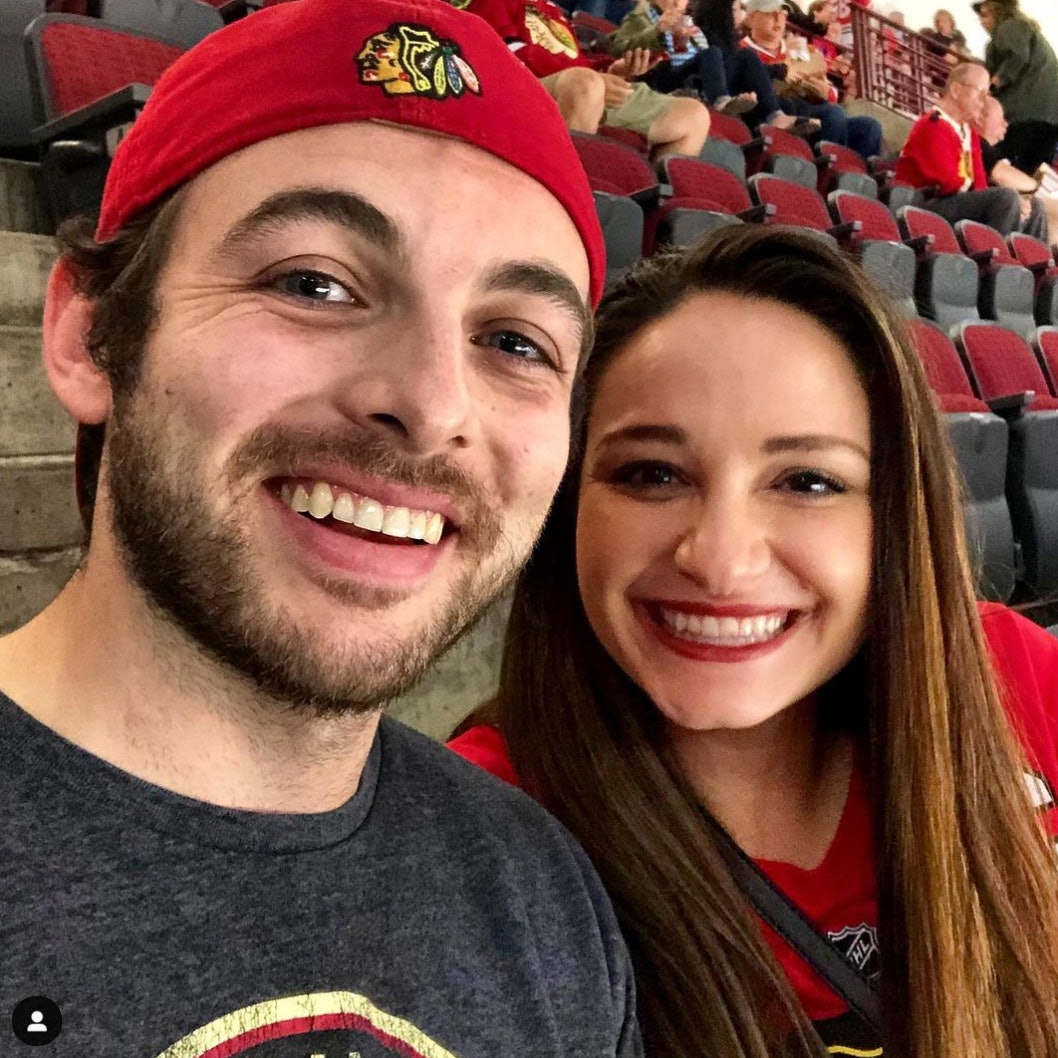 Describe the moment you first realized you were falling for them.

I: It was our third date. We were in his car after a Blackhawks pre-season game.

G: It was a very impromptu plan. She was so happy because she absolutely loves the Hawks. It was a great date.

Who said “I love you” first?

G: Ida beat me to it. I wanted to tell her earlier, but she had a family emergency and I didn’t think it would be appropriate at that moment.

What was your first fight about?

I: We haven’t gotten into a big fight yet. We have mini tiffs and we battle the lifestyle changes around us.

G: No real fights. Just some things that were miscommunicated. We’re both understanding. 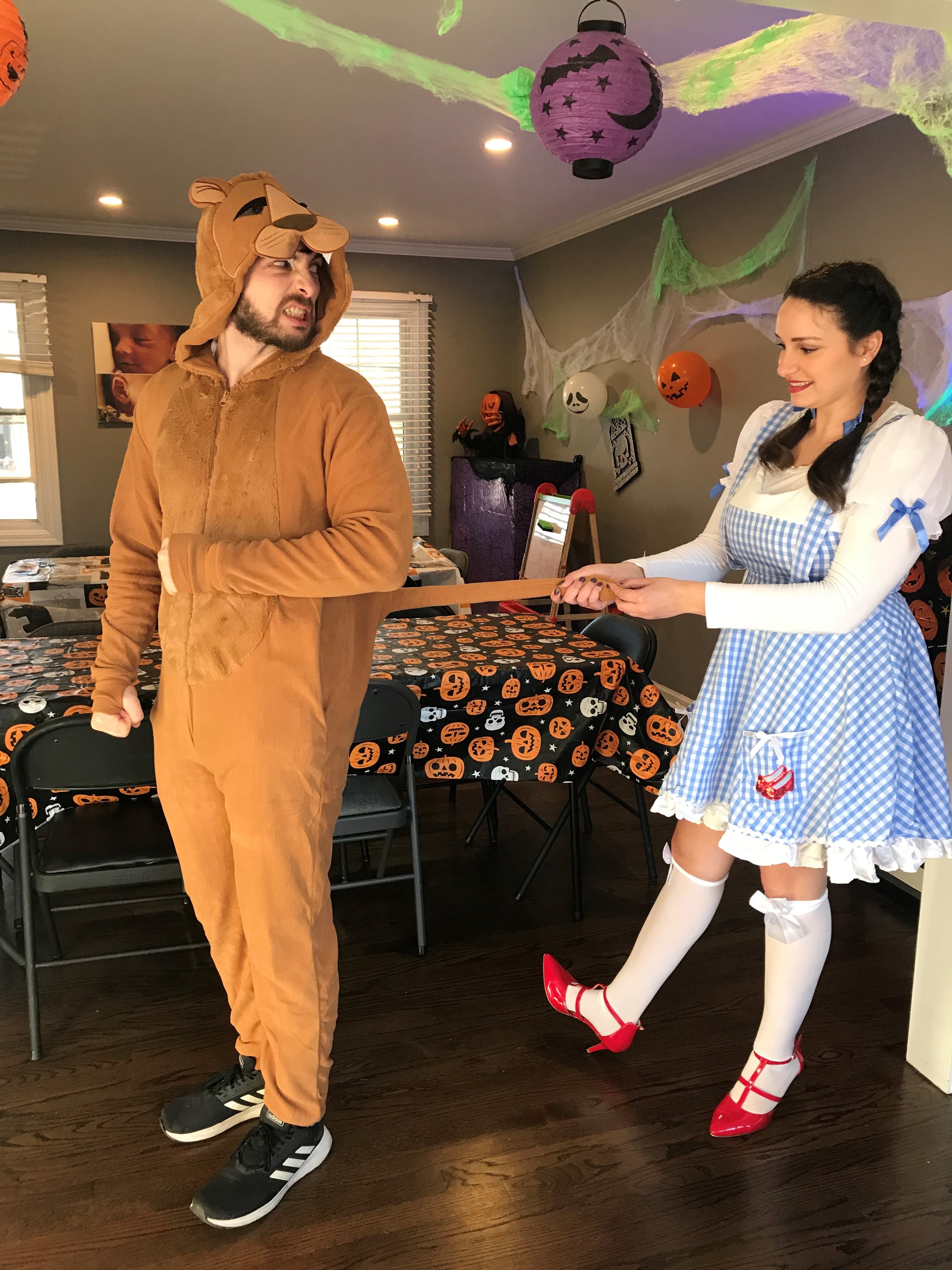 What’s your favorite underrated thing about each other?

G: How pure she is. She always has the best intentions for everyone. That’s hard to find in people nowadays.

I: Probably his sense of humor. (I can hear him cheering at this comment.)

What was the last thing you texted about?

G: She randomly texted me saying she wanted to learn how to golf.

How often do you text throughout the day?

Do you know if you are astrologically compatible? Do you care?

G: I’m not into those sorts of things.

I: … I do not know but are those things accurate??

Which TV show do you marathon together?

I: Schitt’s Creek right now. We’ve done Love Is Blind and Lost in Space, too.

G: She hadn’t seen any Star Wars movies, so we had a mini Star Wars marathon. 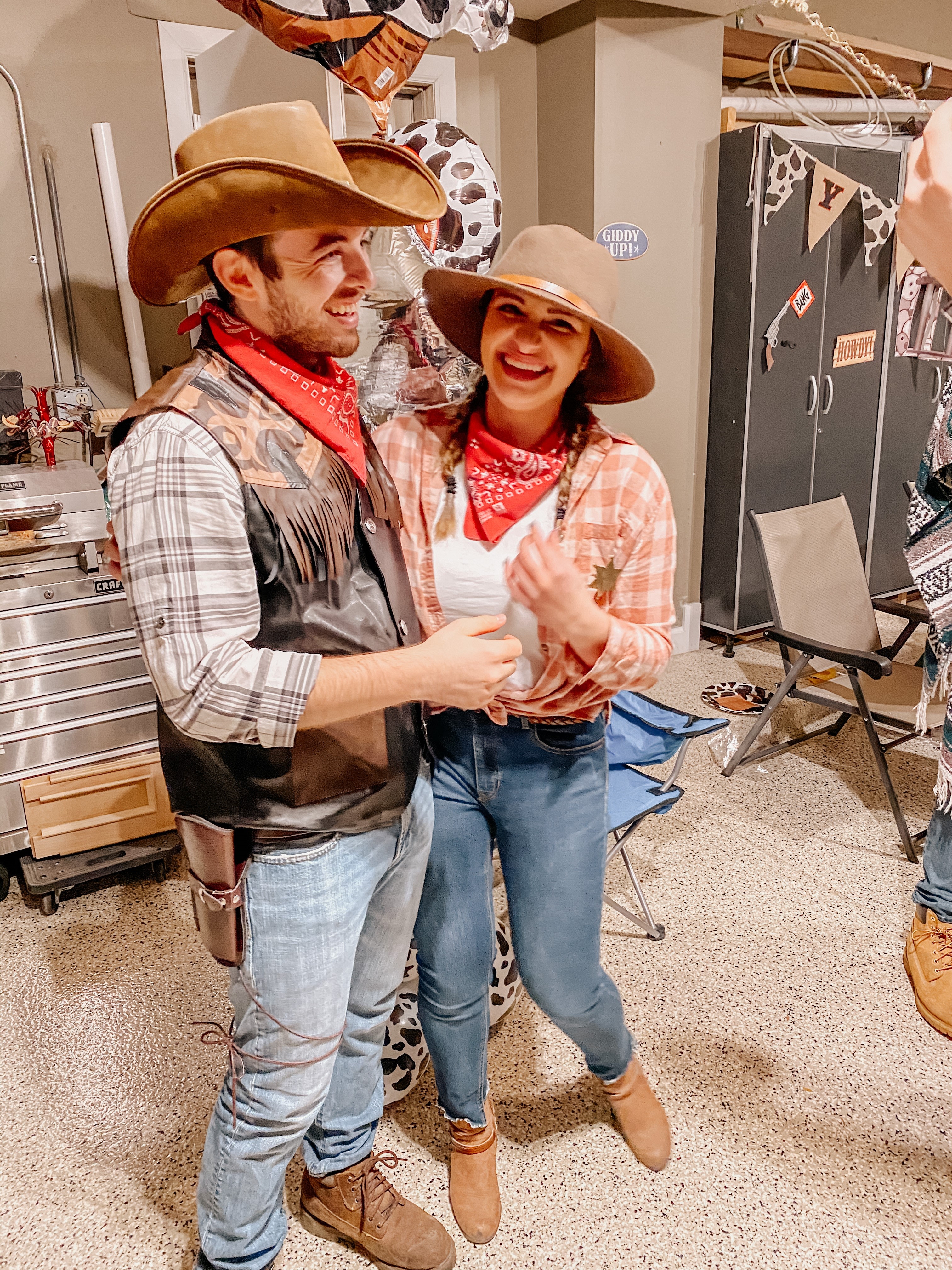 What was your favorite date you’ve ever been on?

I: We have done so much together, it’s hard to just pick one…

G: A few of my favorites are a relaxing Sunday in Lake Geneva, strolling around downtown Chicago during the holidays, celebrating our nine-month anniversary in Naperville, and Valentine’s Day, to name a few.

Why do you think your relationship works?

I: Because we come from similar backgrounds, it makes it easier for us to understand what each other is going through. None of my friends understand the way my family acts and it wasn’t until I met Gianni that somebody else did.

G: We both really care for one another and always think about each other when making decisions. I’ve never met anyone who is as loving, fun, down-to-earth, smart, beautiful, and, dare I say it, funny as Ida.

What’s the biggest lesson you’ve learned from each other?

I: Life happens. You have to work together to make the most of it. Especially during a pandemic, we have been able to make everything work in our relationship, and we have only grown stronger. I am thankful for Gianni being able to handle me at my lowest points and I think he feels the same.

G: Life will have its ups and downs. But if you have the right person but your side, it’ll all be worth it.

What’s your best piece of advice for people on dating apps?

G: Never settle for anything less than what you deserve. There are still good people out there.

I: I was on dating apps for a year and a half. Some good dates, some bad dates. You have to keep an open mind and not judge too hard by the looks of someone. Otherwise, you’ll miss out on some good stuff.