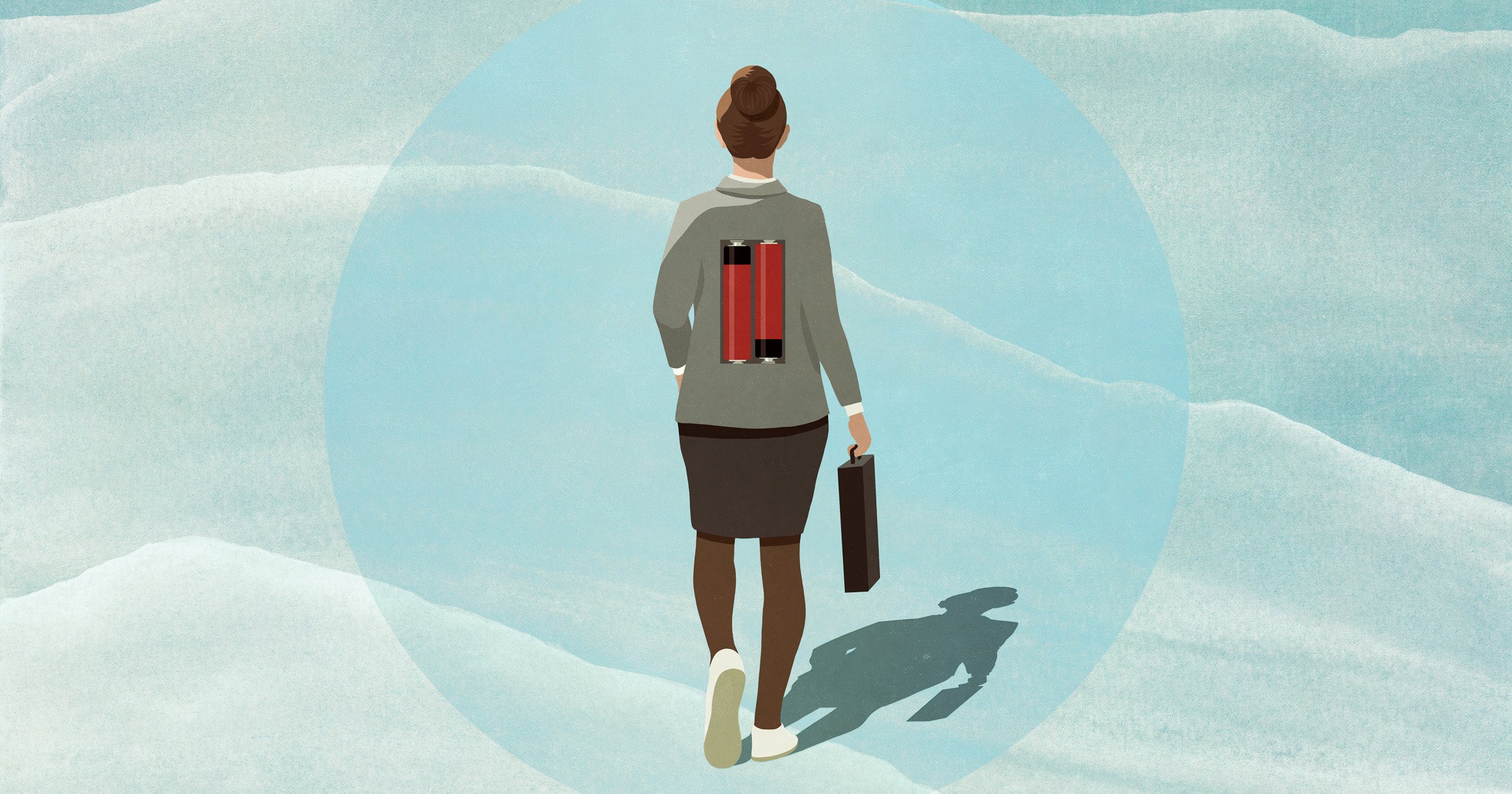 ‘You just need to get fired up,’ my boyfriend often tells me when I’m hoping to hit a new fitness goal.

He’s the type to listen to motivational speeches while running on the treadmill or before taking his pre-workout to get ‘in the zone’.

‘That doesn’t work for me,’ I tell him – every single time.

I like to be calm, and focus on positive reinforcement.

I don’t like to be in competition with anybody else, comparison does more to deter me than motivate, whereas for my boyfriend, competition drives him to be a better version of himself.

I say all this to make the point that motivation is different for everyone, and this can impact not just the way we push ourselves in the gym or a sport, but also at work.

‘Not everyone will have the same motivation factors as we all have different personalities and individual differences,’ she continues.

‘If your manager has different ideas of motivation then it could be difficult to understand how to engage with one another.

‘If that’s the case, it’s probably worth sitting down and discussing what is motivational for you and the kind of language that engages you to improve and work towards goals and achievement.’

Before you can do that, you need to understand your own motivation style.

The four styles of motivation

In psychology, there are four forms of motivation: extrinsic, intrinsic, introjected and identified.

As Haig explains: ‘We each have our individual internalised and external factors that energise and drive us to not only the setting but also the attaining of goals.

‘The four types of drivers are differentiated and believed to be either internal or external, action or non-action.’

‘Many employment motivation systems work on the principle of extrinsic reward, where people are ‘bought’ and then commanded.

‘Whilst this is effective for simple activities, it is less useful when you want a person to be self-motivated and passionate about what they are doing.’

Intrinsic motivation refers to being motivated by internal sources.

This could mean doing something because it aligns with your personal values, like charity work, or simply for pleasure, like training in a sport you love.

‘In work,’ says Haig, ‘people will be intrinsically motivated when working with an inspiring leader or in areas where they have a personal interest and autonomy and a sense of purpose and control.’

Similar to intrinsic motivation, introjected motivation comes from within, but rather than being to do with pleasure and passion, it’s more to do with the pressure to perform.

‘It’s not a pleasurable motivation as people will only perform due to the guilt, they’d feel if they didn’t do something.

Introjected approach refers to that motivation which bolsters one’s self-worth with the performance of tasks.

‘The standards of performance are internalised and, though required by an external force such as a job, the person is motivated to accomplish tasks seeking positive reinforcement,’ explains Haig.

‘This type of motivation occurs in many ways, such as bosses making comments about a person’s poor performance, and these statements are often intended to induce feelings of guilt within people to motivate them to perform better.’

Finally, there is identified motivation which, Haig says, ‘is activated when a person knows that something needs be done but they have not yet decided to do anything about it’.

She continues: ‘This is a powerful form of intrinsic motivation that prepares the person to act.

‘Often people believe the behavioural influencers such as a reward or punishment are enough to motivate action, but more often, motivation is a building process.

‘Think about people who are on the cusp of diabetes but don’t change their diet or people in financial debt but don’t stop spending.

‘You can see that sometimes people take time to actualise a reason to be motivated.’

How can your motivation style affect the way you work?

Now, if your motivation style isn’t being adhered to, or your boss chooses to a different style of motivation in the workplace, your productivity – and general sense of satisfaction – may be hindered.

‘If motivational styles aren’t adhered too, staff members can feel undervalued,’ Lynn Lock, the chief executive of the social impact mission I Am Moore, tells Metro.co.uk.

Haig seconds this: ‘It’s important for individuals and organisations to understand the different motivation factors in order to achieve higher performance,’ she says.

Mary, a 24-year-old professional living in London, has what is likely an introjected motivation style, specifically introjected approach.

She worked in a job where, she says, her boss consistently failed to follow through on exciting ideas and was essentially unbothered if her work was up to standard.

‘That’s the reason I quit,’ she tells Metro.co.uk. ‘It made me feel like all the effort I was putting into things was for nothing and that I wasn’t appreciated in the business.’

Now, Mary works for a new company in which her boss’s motivational style aligns with her own – and she’s much happier for it.

‘Now that my boss is even more motivated than I am, I actually see progress at work,’ she says. ‘I get a lot of positive feedback on my work, and feedback in general, which has massively improved my work ethic.’

How can knowing your motivation style help keep you satisfied at work?

For Haig, the onus is on the employee.

‘It’s important to take ownership of your energy and focus for your career and achievements,’ she says. ‘It’s difficult for people to know your motivators if you don’t know them yourself.

‘I always say, “learn to work with yourself and not despite yourself” and that means using self-awareness to maximise your career potential.’

That being said, if you engage with your employer about your own motivation style, it’s on them to try to replicate it to keep you moving in the right direction.

‘Frank and honest conversations between the managing director and staff members are also needed on a regular basis and employees need to know their importance in the business,’ says Lock.

‘For example, if a staff member isn’t putting in 100%, do they know the knock on effects that this may have to the wider team and so on?’

Put simply, she adds, ‘if staff’s ambitions aren’t being met by the employer, there is a danger of losing that worker to another business or even another sector – again reiterating the importance of open and honest communication and regular appraisals, to keep workers pushing in the right direction with a smile on their face.’