After Deborah Frances-White met Phoebe Waller-Bridge for the first time, she told the friend who was dating her to marry her. He didn’t, but that night in December 2011, in the Soho Theatre bar, Frances-White decided there was something special about the then 26-year-old, who struck her as ‘‘one of life’s arm-chancers’’.

‘‘I just thought she had such a magnetic, glorious, mischievous quality,’’ she recalls. ‘‘She reaches out to you with her energy. She is constantly in a state of curiosity, which is very appealing.’’

At that point there was no Fleabag. In fact, Waller-Bridge wasn’t writing but producing other people’s work, alongside acting jobs. But Frances-White knew she would turn out to be a superstar from the way she spoke: ‘‘You could tell just by her wicked sense of humour and theatricality. She was obviously a writer.’’

Frances-White was running a comedy festival at the Leicester Square Theatre and asked Waller-Bridge to write and perform a monologue. For a woman who now seems so confident, she took some convincing. 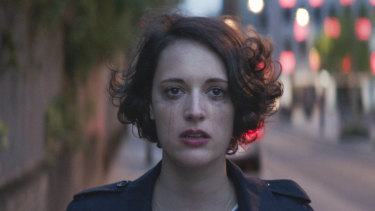 That night, Waller-Bridge performed the first 12 minutes of Fleabag, talking directly to the audience. She brought the house down.

Two series, four Emmys, a Bafta, a stage show, a multi-million-pound deal with Amazon and one Bond script later, Waller-Bridge has arguably become the most lauded screenwriter of her generation.

Dazzling success aside, she’s also, Frances-White says as we talk in the cosy living room of her Camden flat, a very good egg. 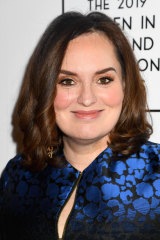 ‘‘She’s a throbbing talent, but also an incredibly good person who champions women and is authentic to the core. Despite being hugely famous, I’ve never heard her say a bad word about anyone.’’

The same could be said of Frances-White, whose podcast, The Guilty Feminist, has made her a star, with 56 million downloads in less than three years.

In each episode, a panel of women starts: ‘‘I’m a feminist but…’’ and goes on to admit their hypocrisies. ‘‘I’m a feminist but … one time I went on a women’s rights march, popped into a department store to use the loo and got distracted trying out face cream. When I came out, the march was gone,’’ was one recent confession.

Waller-Bridge has spoken of her joy in making people laugh then punching them in the gut with emotion. Frances-White is from the same school. The podcast might open with comedy, but she welcomes guests with serious stories to tell.

‘‘Life is funny,’’ she explains, even when it’s awful.

It would be fair to say she’s mined her own life for laughs, including leaving the Jehovah’s Witnesses (‘‘a cult’’) as a teenager. The same night Waller-Bridge debuted Fleabag, Frances-White did an hour of stand-up on tracking down her biological mother, who’d had her adopted at 10 days old. ‘‘And I had only spoken to her for the first time the night before,’’ she quips.

Frances-White, 39, grew up in Brisbane before moving to the UK and studying English at Oxford aged 20. It wasn’t until 2012 that she decided in earnest to track down her biological family, with the blessing of her adopted one.

‘‘I used to Google my birth mother’s name once a year, but there was never anything there,’’ she explains. ‘‘Then, one night, I googled her name and Ancestry.com had uploaded some records. My heart was racing because I could suddenly see pictures.

"The first person I ever saw who was related to me was a woman in 1912, and she had the same eyebrows and high forehead. Then I went on this massive treasure hunt.’’ 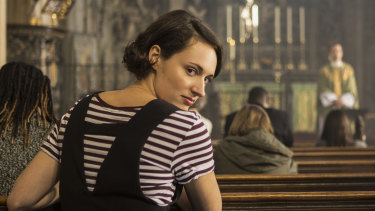 She turned online detective, spending months trawling the internet looking for clues on Facebook and Pinterest, eventually cold-calling a woman in Australia whom she suspected might be her aunt.

She was right and found herself welcomed into a large, warm family that included her mother (who had given her up as a young, unmarried woman) and three half-sisters, one of whom lived in Scotland.

Indeed, when Frances-White and her husband, the actor and producer Tom Salinsky, were struggling to conceive after several failed IVF attempts, one of her birth sisters, Mel, offered to donate her eggs. It didn’t work, ‘‘but it was sort of like we took on biology and lost, but in another way we won, because it’s what made us sisters,’’ she says.

‘‘Plus, it was her first time in London, so it was a very odd combination of invasive medical procedures and tourist attractions. We’d have our feet in stirrups and then go to the Tower of London.’’

She’s sanguine now about not having children, partly because it has left space to do something incredible.

In the second bedroom of their flat, in which every nook and cranny is filled with books and cats, lives the third member of their family, Steve Ali, a Syrian refugee who had been studying architecture at the University of Damascus before fleeing in 2011 and ending up in the Calais Jungle, then London.

The couple met Ali when he was invited on to a podcast they were hosting. By then, he’d been displaced for five years and was sofa-surfing. They invited him to stay for three weeks. Three weeks turned into three months, which became six.

‘‘Within that time, he got his papers. Watching someone get their human rights back is very moving,’’ says Frances-White. ‘‘I said to him: 'As long as Tom and I have a roof over our heads, you’re our family'.’’

Two years later, he’s still living in their ‘‘strange blended nest’’. ‘‘He’s something between a brother and a grown-up son, I suppose,’’ she adds.

It is this ability to forge bonds and show compassion, she thinks, which is lacking from the way we live now – especially when it comes to gender.

‘‘I think there’s a tiny bit of discomfort at the moment because of the MeToo movement that we are working through,’’ she says.

‘‘I understand it’s difficult right now if you’re a man and this is new to you. You don’t want to have to prove that you’re not Harvey Weinstein every day. But here’s the thing … all other groups have [already] been stereotyped.’’

You imagine this, among other thorny subjects, is one she and her old friend will get their teeth into on stage tomorrow. So go on, I ask, there must be a titbit you can give me about what the real Phoebe is like?

She laughs: ‘‘That picture of her at the Emmys, surrounded by her awards and having a fag, tells you all you need to know.’’

The Guilty Feminist is available on iTunes, Spotify and all other major podcast platforms. Fleabag is on Amazon Prime Video.