Twin brothers who run a popular vegan lifestyle brand have caused outrage with their apology video, after a backlash over claims they made that certain foods can reduce the risk of breast cancer.

David and Stephen Flynn, from Ireland, have built a vegan lifestyle brand to rival TV chefs with their own café, farm, product range and cookery books since starting out with a small shop selling vegetables in 2004.

The pair, who’ve racked up more than 593,000 followers on their Instagram account The Happy Pear, were forced to delete a video claiming that mushrooms and soya products can reduce the risk of developing breast cancer.

They have since divided opinion after filming themselves apologising for making the claims as some people accused them of being insincere and ‘smirking’ throughout. 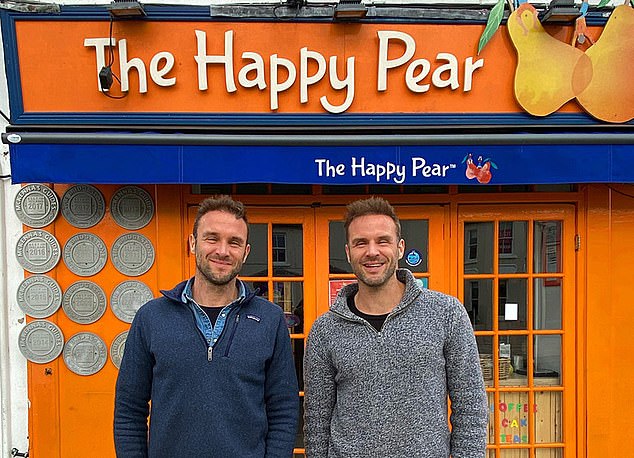 David and Stephen Flynn (pictured), from Ireland, who run The Happy Pear, have been accused of ‘smirking’ in their Instagram apology video

They went on to claim that ‘mushrooms reduce your risk of breast cancer’ and that you should ‘eat soy products two to three times per day.’

Last year, US experts performed an analysis of 17 cancer studies published from 1966 to 2020 to determine the link between mushroom consumption and the disease.

The team, from Penn State Cancer Institute, found that eating just 18 grams of mushrooms reduced the risk of getting the disease by 45 per cent.

When specific cancers were examined, the researchers noted the strongest associations for breast cancer. However, this could be because most of the studies did not include other forms of cancer.

When it comes to soy, some studies have found that it can speed up the rate at which breast cancer cells spread, but others have suggested women fighting breast cancer could survive longer if they consume soy-based foods

Dr Liz O’Riordan, a breast Surgeon who has breast cancer, from Suffolk, was among the medical professionals who warned against following medical advice from a vegan lifestyle brand.

Posting on Twitter, Dr Liz said: ‘I posted a video talking about how some of the claims ‘The Happy Pear had made in recent reel were wrong. That mushrooms don’t reduce your risk of reducing breast cancer and there was a lot of heat.’

She went on to add that her video had an ‘incredible’ response as it was created to counteract the wellness misinformation about cancer. 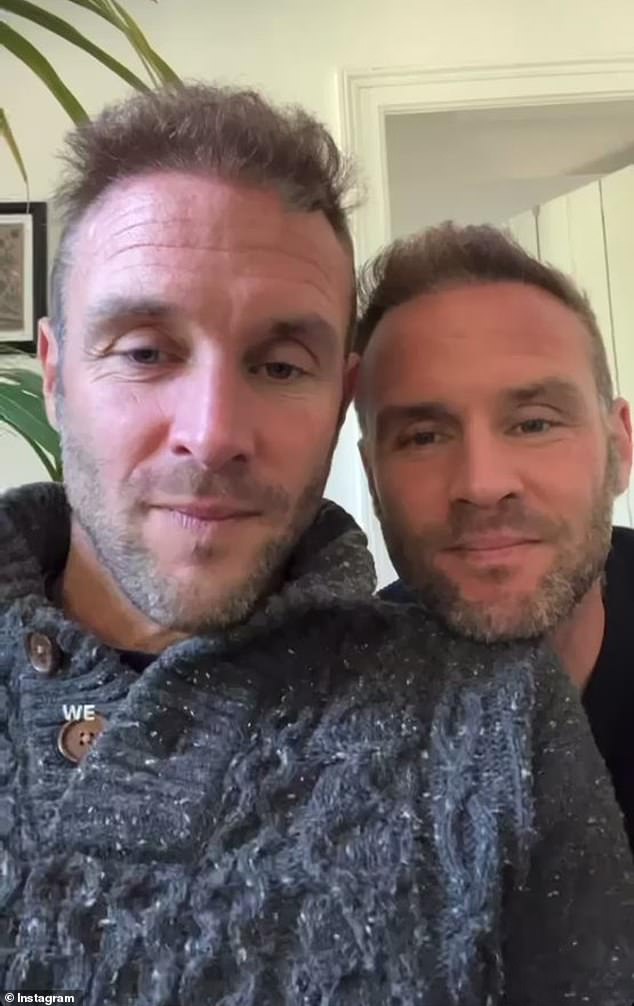 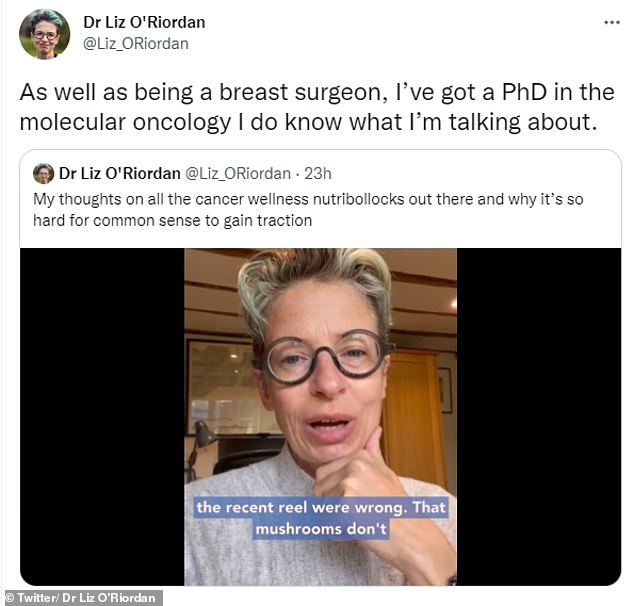 Dr Liz O’Riordan (pictured), a breast Surgeon who has breast cancer, from Suffolk, went viral on Twitter after attempting to prevent the spread of misinformation

‘Sadly a lot of the nutrition wellness influencers are much more popular, they have products to sell books and podcasts. They’re exciting, they’re sexy, they can share their message to hundreds of thousands of people.

‘But the doctors, the scientists trying to get what’s accurate out there – we’re not as sexy. We’re not as exciting and that’s ok. All I want to do is make sure there are two different options that you can read both sides of the story and hopefully come to your decision about what is best for you.’

David and Stephen took to Instagram live to apologise for their claims, saying: ‘We posted a video recently about breast cancer and a number of people got upset.

‘We just wanted to say that was never our intention and we’re really sorry for upsetting anyone. 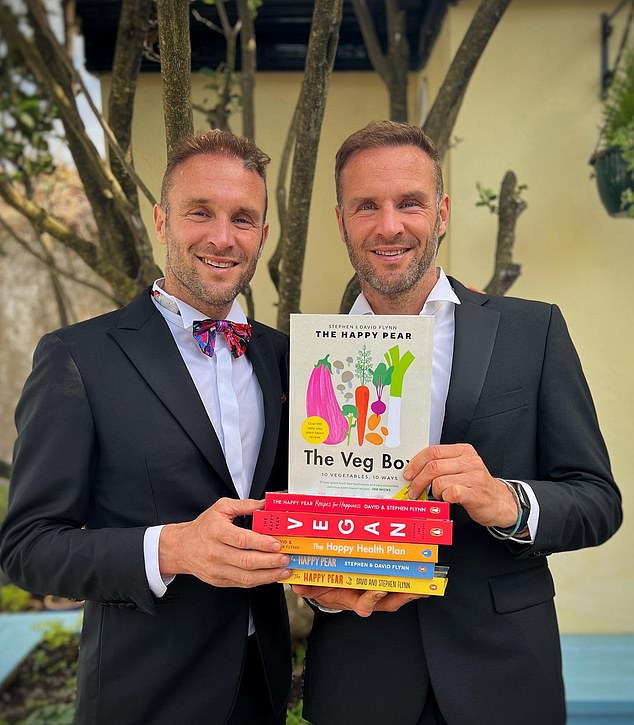 ‘It was a snippet from a podcast that was recorded with a doctor on Women’s Health, but just want to say “apologies”.’

A number of followers were unsatisfied with the brothers’ response and took to Twitter to vent their frustrations.

One person wrote: ‘That doesn’t look like it contains one second of sincerity. Damn influencers thinking they know better.’

‘This isn’t an apology. They’re literally smirking throughout the entire thing. Appalling,’ another said, in a tweet with almost 4,000 likes.

A third added that saying ‘We’re sorry you got offended’ is ‘not the same as “We’re sorry we promoted dangerously wrong information to vulnerable people”. There has to be consequences for branded quackery’

However, others defended the brothers and claimed they weren’t offended by either the initial video or the apology.

One person wrote: ‘I’ve had breast cancer and not offended a lot of hot air. They were promoting a healthy lifestyle, no harm in that is there’

Another said: ‘That’s their faces. They always look like that tbf. I’ve met them and what I will say is they genuinely believe in plant based whole food diets and community, that is their passion. I don’t see them as just brand led. I think they would have hated causing any hurt.’

A third commented: ‘I’m trying to be polite to get a clear perspective on what people are so angry about. This feels a bit like the outrage against doctors who cite links between obesity and disease…’

Other social media users defended the brothers, claiming they weren’t offended by the comments in the original video