The Banks are back! Will Smith shared the official trailer for ‘The Fresh Prince of Bel-Air’ reunion on Nov. 13, along with its HBO Max release date!

This is a story all about how The Fresh Prince of Bel-Air cast returned to the famous living room! On Friday, Will Smith shared the first look at the 30-year cast reunion, which begins streaming on HBO Max on November 19. The entire cast — Alfonso Ribeiro (who played Carlton Banks), Tatyana Ali (Ashley Banks), Karyn Parsons (Hilary Banks), Joseph Marcell (Geoffrey Butler), Daphne Maxwell Reid (Vivian Banks), and DJ Jazzy Jeff (Jazz) — got together for the reunion special, including the original Aunt Vivian, actress Janet Hubert. Hubert makes an appearance at the end of the trailer to everyone’s surprise, since she has publicly expressed her disdain for Will due to her being replaced on the NBC sitcom. The two have since ended their feud.

“These are the people who made me the man I am today,” Will wrote alongside the trailer in a post on Instagram on Friday, November 13. “And I couldn’t let this day go by without marking the occasion.”

In the near 2-minute trailer, the cast reminisces on their family-like bond and recalls the special relationship between Will and Alfonso, both on and off screen. They go onto share more stories and never before heard tid-bits, such as the fact that Will sought validity on-screen from the late James Avery, who played the family patriarch, Uncle Philip Banks. The cast was brought to tears while remembering the actor who died in 2014 at the age of 68. 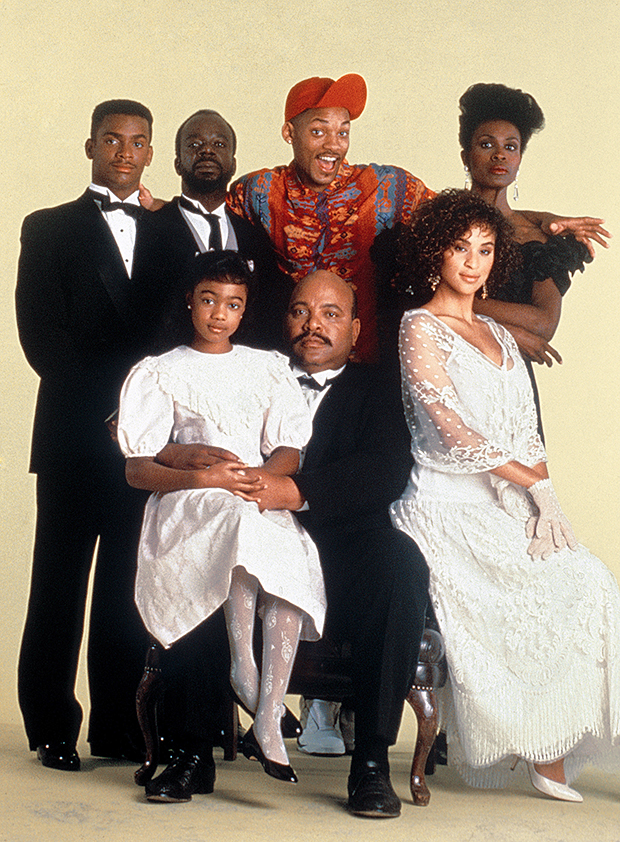 “James is the heart of the show,” Tatiana says in the trailer, to which Will adds, “James Avery was this 6’4″ Shakespearean beast and I wanted him to think I was good.” At one point, Alfonso says, “There will always be a piece of us in that living room.”

The reunion trailer comes nearly two months to the date that Fresh Prince debuted. The show first emerged on NBC on September 10, 1990. On that date in 2020, Will announced that the cast was cooking up something fun with HBO Max. He shared a selfie with his Fresh Prince co-stars in the famous living room of the Banks’ Bel-Air home.

In addition to the anticipated Fresh Prince reunion, a drama reboot of the hit ’90s comedy is in the works at Peacock. The new venture, which is based on a 2019 viral video, is executive produced by Will.

Alfonso previously admitted that the forthcoming drama reboot will be “weird” for him to watch. Why? — “Obviously, I’m a comedy guy, right?,” he said on the HollywoodLife Podcast in late October. “I love that the show made people laugh, but it certainly had dramatic moments and important, poignant discussions. It looked at things that even today we’re still dealing with.”

He continued, “It’s going to be interesting to see it as as a drama. I think I’m along with everyone else interested to see how that’s going to work out. I have no idea how you take that character and make him serious,” Alfonso said, adding, “I’m hoping that they still have some comedy with Carlton.”