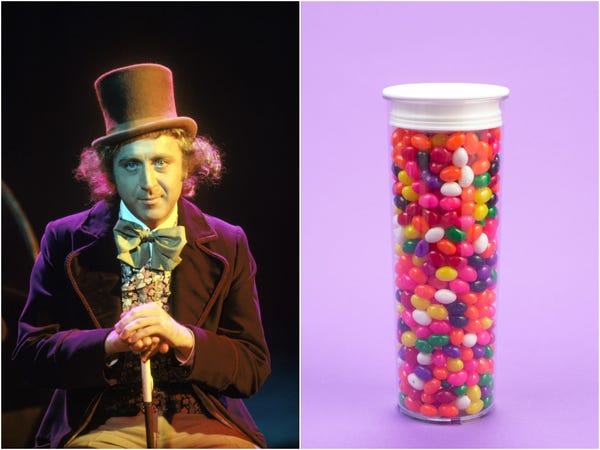 The founder of jelly bean company Jelly Belly is offering candy-lovers the opportunity to embark on a Willy Wonka-style competition complete with golden tickets and the chance to win a candy factory.

David Klein, who has since left Jelly Belly but still works in the candy industry, announced the nationwide treasure hunt in a video online, where he revealed that the winner will win one of his candy factories.

According to Klein, who explained "the world needs something positive to get their minds off their problems," the competition will take place in every state, with participants searching for gold-colored military dog tags.

To enter the treasure hunt, interested parties will have to pay $49.99, which will then allow them access to a clue in their state.

According to CNET, different state riddles will be released on different days, with Georgia set to reveal the first clue on September 30. Only 1,000 participants will be allowed to sign up for each state's hunt, with those who register entered into a private Facebook group, where they will receive the clue.

As of now, Klein's site, www.thegoldticket.com is down, however, CNN reports that each winner will win $5,000, while the competition's big winner will be granted keys to Klein's factory in Florida and a candy-making course at the University of Wisconsin-Madison.

Everyone who competed in the initial hunt will be able to compete for the factory key.

While Klein no longer owns a stake in Jelly Belly, he told ABC News that he is giving away one of his "Candyman Kitchens."

The candy-maker also said the similarities between his newly announced treasure hunt and Willy Wonka's are intentional, explaining that he's always wanted to give away one of his factories in his video message, according to CNN.

"It's on my bucket list," he said. "Now, we are finally doing it, and we're hoping to bring some joy into the world right now."

On social media, the treasure hunt has been met with mixed reactions, with some expressing their delight at the opportunity while others have criticized the cost of entering.

"I've waited my whole life for a moment like this," one person tweeted.

Another said: "Just like Willy Wonka, except Willy never charged kids $50 to participate."

In a statement to ABC News, Jelly Belly confirmed it is not affiliated with the competition.