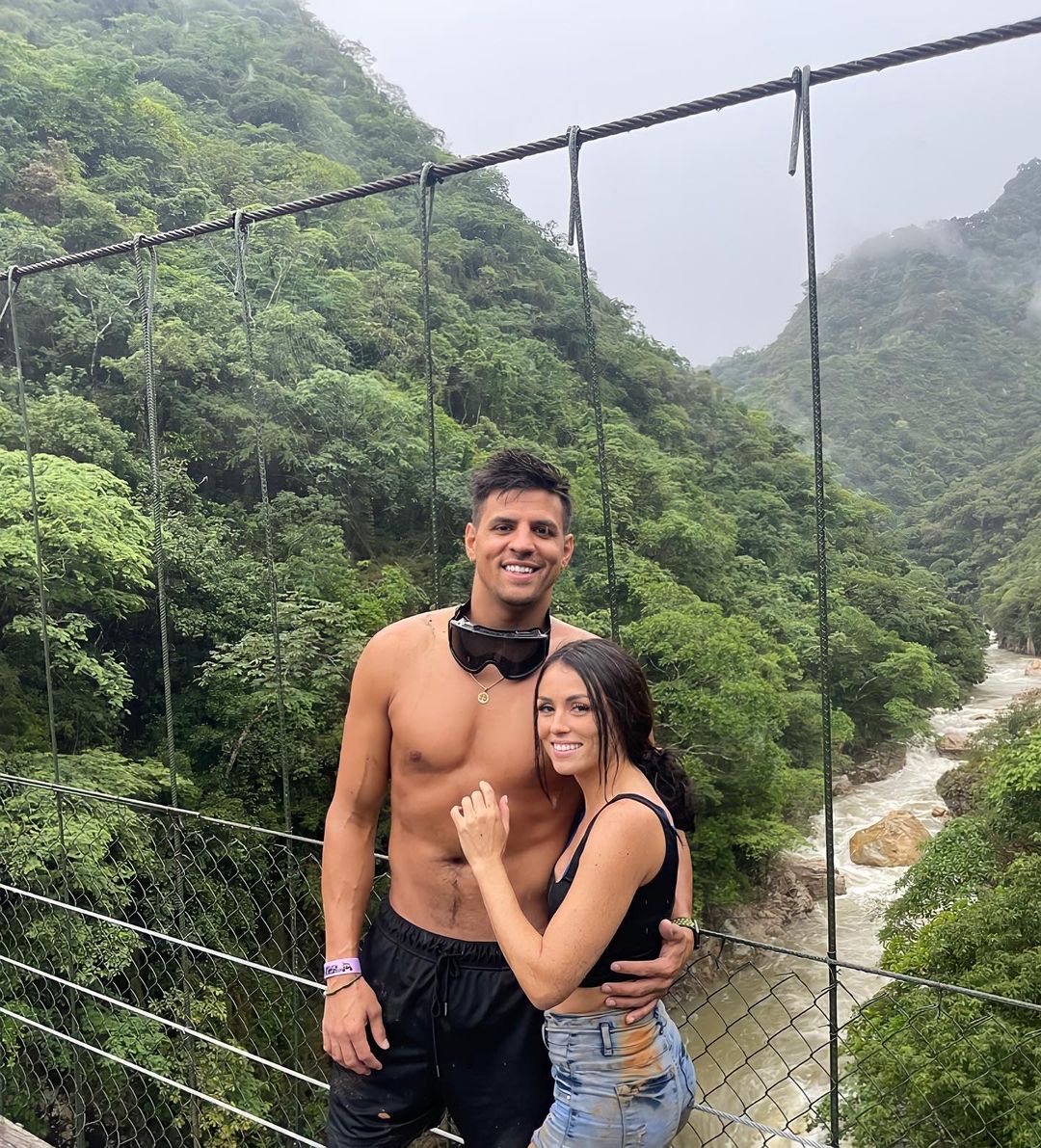 Messy Fessy alert? One month after The Challenge‘s Amanda Garcia and Fessy Shafaat made their relationship Facebook official, she’s pulled the plug.

On Saturday, October 9, the Big Brother alum, 29, was photographed and recorded seemingly flirting with a woman at a bar in Florida. Garcia, 28, was sent the photos and shared her reaction on social media.

‘The Challenge’ Couples Who Are Still Going Strong

“For all of you tagging me in the video and pictures….I’ve seen it,” the Are You the One? vet tweeted on Sunday, October 10. “He’s a f–kin trashbag [SIC] & I’m done with it. Sacrificing a real one with a temporary hoe at the bar. Smfh. I can’t. Cancelling my trip to Florida next week & he def not comin to CO before the reunion anymore.”

She also shared the photos to her own Twitter account, writing, “Lmfao all while texting and calling me inbetween [SIC]. clownnnnnn.”

Garcia later added, “Don’t be sorry I don’t need pity from y’all. I gave someone a chance who didn’t deserve it. It ain’t my loss, it’s his.”

When a fan asked where Corey Lay was, since he was at the same event with Shaffat, Garcia responded, “With him, talking to me on the phone when he called saying ‘he’s being soooo good.’ so good at what? Being a f–kin clown? Tfffff.”

Lay, 31, responded, adding, “I was at least 10 tequila shots deep with @JiselaDelgado. I don’t sit and watch what other people are doing when I’m out drinking.”

Looking Back at The Challenge’s Most Scandalous Hookups

While he hasn’t directly responded, Shafaat tweeted, “I just want a women to love me,” on Sunday, which many pointed out includes the plural of woman.

The duo, who first met while quarantining for The Challenge: Spies, Lies & Allies earlier this year, took their romance to social media last month, sharing multiple PDA photos from a trip to Mexico on September 10.

“I thought people knew we were going to Mexico, like, some of our friends knew or whatever. So, when we took pictures, I was like, these are some dope pictures, so whatever, we’ll post them,” Fessy explained on the “Watch With Us” podcast two weeks after the trip. “That was me telling everybody like, ‘Hey, this is the girl I’m talking to.’ I really like spending time with Amanda, so why not? If I’m enjoying this time in Mexico, people are gonna say and talk and do whatever they want. So, here, look, these are, have some dope pictures.”

At the time, he told Us that while he was not seeing other people, they were taking their relationship slow.

“We live in two different states right now, and she has a son, so there’s a lot to think about,” the America Ninja Warrior alum said. “We’ve only been off the show now a couple months and we saw each other in Brooklyn for After Shows for MTV. She came to my fight in Dallas for a night and then we went to Mexico. … I don’t know when the reunion is [filming]. If it’s coming up, we’ll probably see each other then maybe, but I’ll probably see her before then.”