Ryan Murphy’s vision of the end of days looks a lot like a Young Adult novel, thanks to its division of the survivors along seemingly arbitrary lines. But who are "The Purples" on American Horror Story: Apocalypse? Hogwarts divides into Houses, dystopian Chicago divides into personality-based "factions," and futuristic Mars divides into color-coded castes. Apocalypse borrows more heavily from Red Rising than from Divergent or Harry Potter in that its divisions are also distinguished by color group; except instead of Golds at the top, it’s the Purples who reign supreme.

This does make a certain amount of sense, historically speaking. The color purple has long been associated with royalty, due to the relative rarity and high expense of purple-hued dyes, all the way up until the first synthetic dyes hit the market in the mid-19th century, according to History.com. And The Purples are certainly the "royalty" of the post-apocalypse in AHS: they’re the ones rich enough to afford a ticket to the Outposts (like Coco St. Pierre Vanderbilt), the lucky ones who managed to attach themselves to power (like Coco’s hairdresser Mr. Gallant and his grandmother Evie), and the ones genetically-blessed enough to be deemed worthy of survival (like young Timothy and Emily).

Of course, the Purples aren’t the only ones who survived the nuclear war that obliterated the vast majority of humankind; they’re just the most privileged. Outpost 3 is also inhabited by Greys — the less fortunate survivors who act as servants to the Purples — and the Blacks — the chosen representatives of the Collective who run each Outpost, including Sarah Paulson’s Wilhelmina Venable and Kathy Bates’ Miriam Meade. 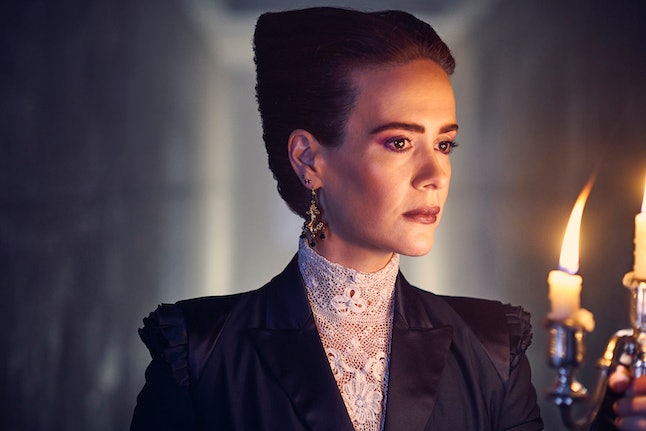 It remains to be seen if Murphy’s post-apocalypse is merely a three-color caste system, or if there are perhaps even more colors living in seclusion at other Outposts. But with the other Outposts reportedly being overrun by mutated zombie hordes, viewers may never have the chance to find out what’s going on anywhere other than Outpost 3.

What’s curious about the color system is that, even with the hierarchy, no one group seems to have all the power. The Purples may be the color of royalty, but they are more powerless than they ever were in the real world; they might not have to do chores like the Greys, but they can still be starved and abused and executed by the Blacks whenever they feel like it. But neither all the Blacks omnipotent; they receive orders from the Collective (whether they follow those orders or not is another matter), and they were clearly deemed too unimportant to merit Purple clothing, as evidenced by Wilhelmina’s and Miriam’s late night dress-up party. 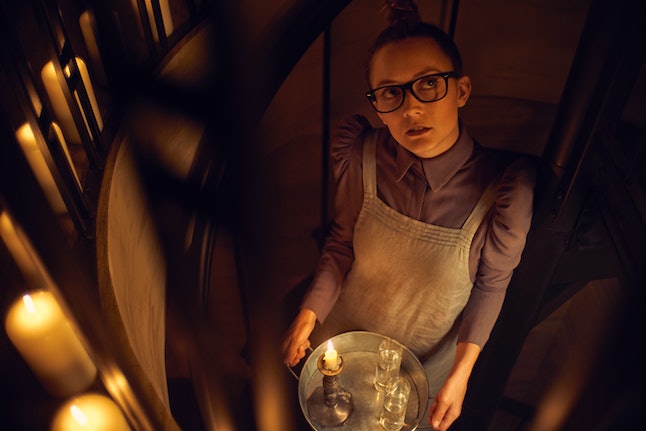 So who’s really in charge? Obviously Cody Fern’s Michael Langdon — Collective representative and literal antichrist — is high up in the chain of command. But who came up with the color system, and why? And which returning Murder House and Coven characters might be lucky enough to count among the Purples? Clearly Emma Roberts’ movie star Madison Montgomery would count among their ranks — if and when she’s resurrected yet again. But she might not be very happy with how little actual power the title grants her. "Surprise, b*tch" indeed.