HIGH street shops and football clubs are among the 191 firms forced to return £2.1million to workers over minimum wage breaches.

John Lewis, The Body Shop and Pret A Manger were today named and shamed by the government for underpaying workers. 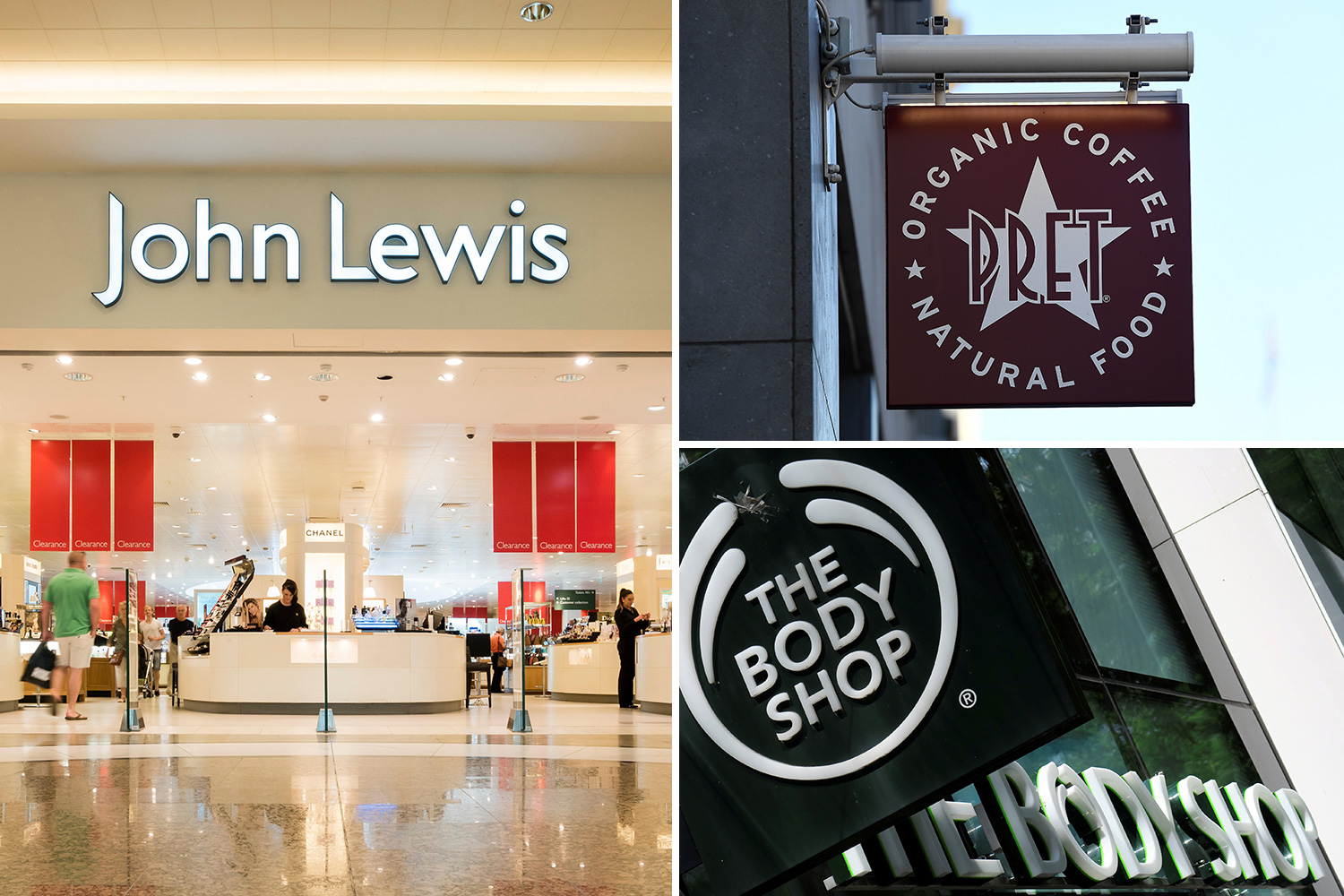 The Business Department this morning revealed the 191 firms that owed £2.1million to more than 34,000 workers after breaking wage laws.

The incidents on the list have been made public now after HMRC has finished its investigations.

Business minister Paul Scully said: “Sun readers know that a day’s graft should be properly rewarded and there’s no excuse for leaving people out of pocket.

"But too many employers continue to break these laws, particularly by short-changing young apprentices."

He added: "Our message to employers today is clear: pay workers properly, or else face the consequences.”

The department store chain said this was due to its pay averaging practices, which spreads workers' hourly salaries across the year.

Some staff on hourly rates saw their pay drop below the minimum wage if they worked more hours in a particular month.

The retailer made the error public at the time.

A John Lewis Partnership spokesperson said: “We're surprised and disappointed that BEIS has chosen to report this today.

"This was a technical breach that happened four years ago, has been fixed and which we ourselves made public at the time.

"The issue arose because the partnership smooths pay so that partners with variable pay get the same amount each month, helping them to budget.

"Our average minimum hourly pay has never been below the national minimum wage and is currently 15% above it.”

Pret A Manger said its breach of national minimum wage laws related to a case involving 33 workers in 2019, who have since been reimbursed.

In total, the sandwich shop had to hand over £9,679.91 to underpaid staff members.

A spokesperson for Pret said: "A small number of Team Members opted to allocate some of their salary in exchange for childcare vouchers, as part of a voluntary salary sacrifice scheme.

"Government rules dictate that these ‘deductions from pay’ reduce the National Minimum Wage eligible pay and therefore this inadvertently caused remuneration to fall below minimum levels.

"The government has since changed the rules on voluntary salary sacrifice schemes and how they interact with the NMW underpayment list, in recognition of the benefits they can bring to employees.”

Convenience store chains McColl's and One Stop were also named and shamed on the list.

The breach related to worker time and attendance recording processes between 2015 and 2018.

A McColl's spokesperson said: "After becoming aware of the matter in early 2018, we took immediate action to apologise to and reimburse affected colleagues.

"We also put in place robust measures for recording working time into our stores to ensure it does not happen again.”

"We are very sorry this happened and have worked cooperatively with HMRC throughout this process," the firm, which owns more than 900 shops, said.

Coventry City said it failed to pay the minimum wage to new stewards during their induction sessions prior to 2015.

A spokesperson for the midlands team said: "This was due to an oversight on our part, as this was viewed as a new steward information/induction session rather than work requiring wage to be paid.

"The session lasted two hours, with not all attendees then going on to work as stewards for the club.

"All stewards were paid back pay for any payment they were owed and, where we did not have their bank details, they were sent a cheque."

A Sheffield United spokesperson said: "The issue highlighted by BEIS was rectified in 2018, as soon as the club was made aware.

"Those involved were fully reimbursed. Sheffield United is committed to ensuring that all our staff are paid fairly for work undertaken on behalf of the club. "

The club added that "processes have been put in place to ensure that we remain fully compliant going forward".

Enterprise said the mistake related to two apprentices who did not receive a pay rise after the first year of their employment.

After the issue was raised it conducted a self-audit and reported the cases to HMRC.

An Enterprise spokesperson said: "These instances were down to administrative errors that should have been caught by our processes.

"We have reinforced our processes to ensure all employees are always paid in line with minimum wage regulations."

Welcome Break said the breach related to its policy on team member uniforms.

"As soon as we were made aware of this oversight, we fully reimbursed and apologised to all affected team members," a spokesperson said.

"We never intended to underpay our employees and have strengthened our policies and training to prevent this from happening again.”

Budget holiday provider Pontins had to hand over £29,027.33 to 954 members of staff over minimum wage breaches.

Pontins did not respond to The Sun's request for comment.