TESCO has revealed its Christmas advert for 2019 and it features supermarket staff delivering food to Winston Churcill and office raves.

The ad shows a delivery van worker travelling 100 years back in time to celebrate the century since Tesco was founded.

The festive ad begins with the worker just starting his last shift before Christmas.

He drives by a man putting up festive lights using a ladder, but he drops the lights on the van, which is then magically transported 100 years back in time.

The doors of the van opens and children surround the vehicle to look at the "food from the future".

The van is then transported to right outside outside 10 Downing Street, at a time when Winston Churchill was the UK's prime minister. 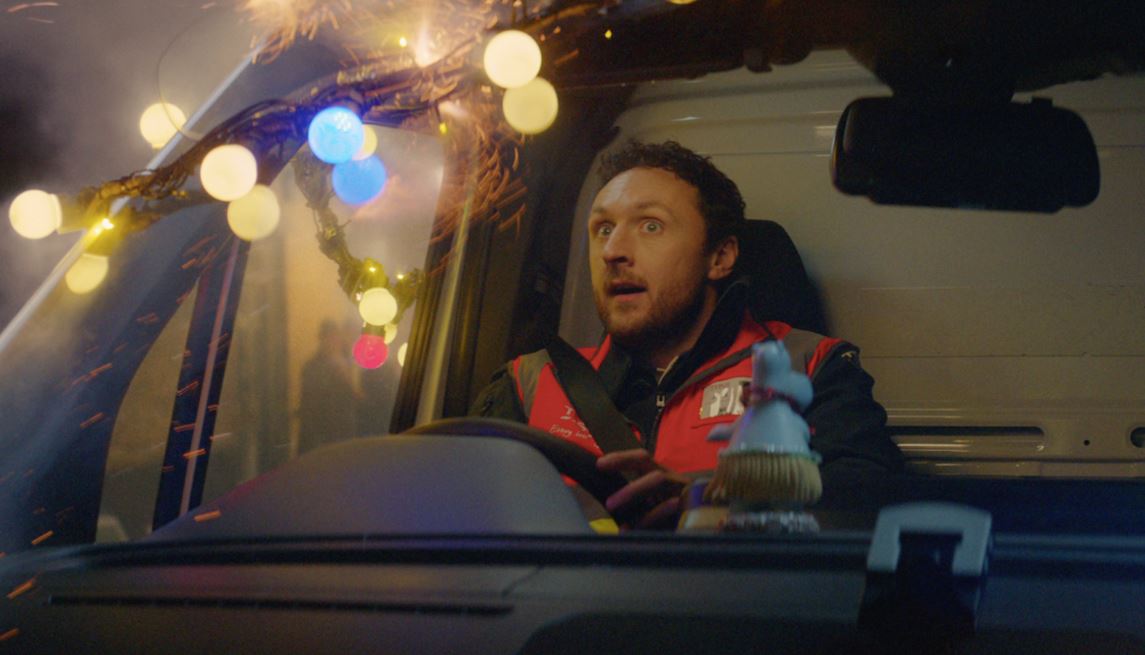 A security guard is quick to tell him off for parking right outside the home, but then he sees the basket of Tesco Christmas food, cheers up and accepts the delivery of treats.

The delivery driver also pops by to the classic 1980’s game show, Bullseye, various office parties and raves as well as delivers something for "the Palace".

In every era, the advert features Tesco's Christmas food and drink including turkey and centrepiece desserts.

Last but not least, the Tesco worker travels back to modern time and his home where he's greeted by his three young children.

The 90-second advert ends at the worker's own family gathering on Christmas Day, and has the strap line: "Delivering Christmas for 100 years."

It features the festive banger Sleigh Ride by former girl band The Ronettes.

The ad will air for shoppers on ITV’s "I'm Celebrity…Get Me Out Of Here!" for the first time this Sunday.

As part of the Christmas campaign, Tesco is selling toy versions of its delivery vans.

These feature an opening side shutter door, opening rear double doors, six green baskets as well as sounds and lights, so the little ones can play out their own delivery adventures.

These are available for £15 both online and in 200 of Tesco's larger stores. You can find your nearest one using the supermarket's store locator tool.

"With the help of a delivery van, a cast from across the decades and little bit of magic, we’re telling that story."

But it was also accused of copying Disney's Frozen storyline when Elsa freezes everything.