BARBIE, Hot Wheels and Polly Pocket are just some of the classic childhood toys that are now worth a small fortune.

You might want to head into your loft and dust off your old toy box as we reveal how retro playthings can fetch you just under £2,110. 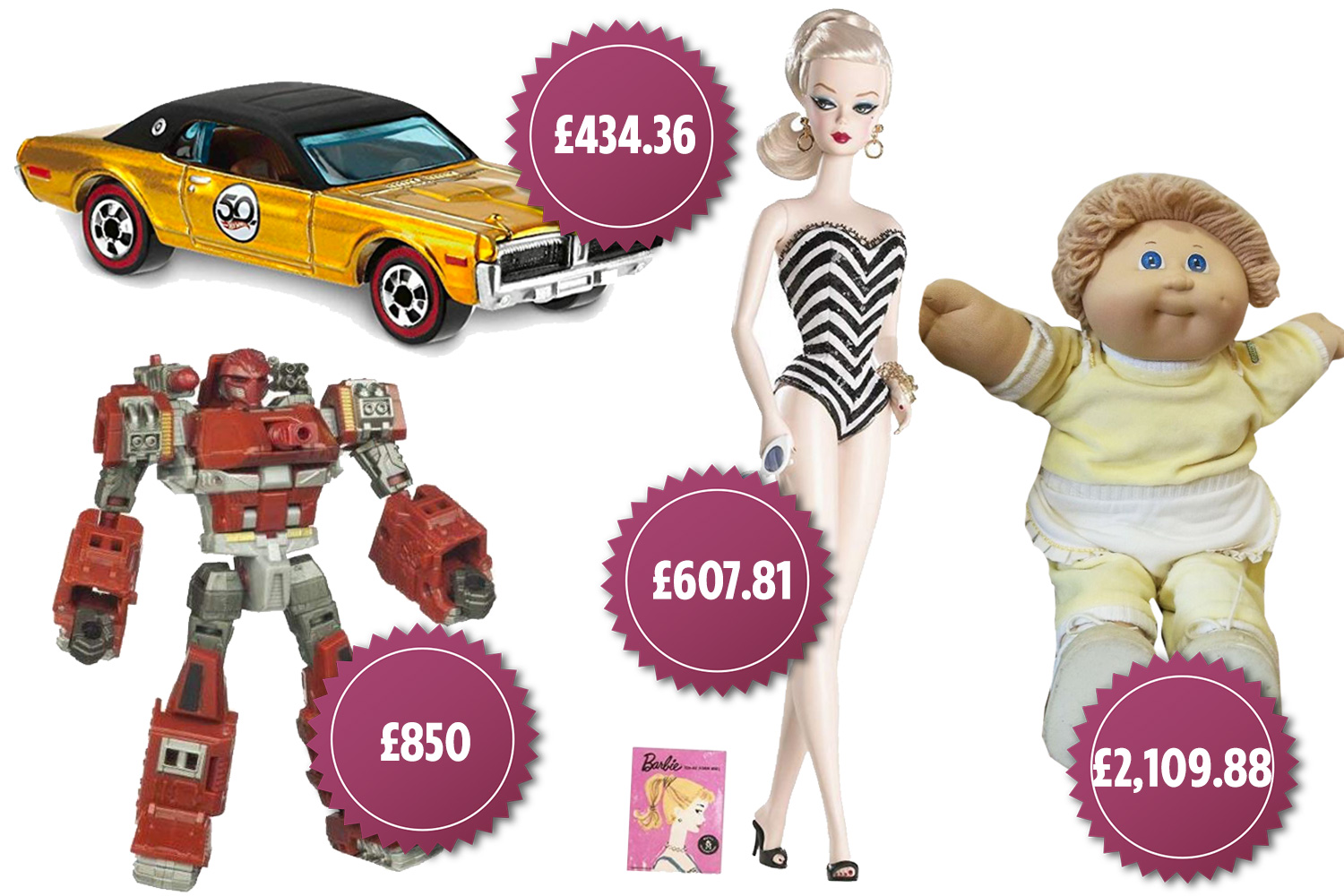 The most valuable old school toy based on its appreciation in value, according to new research by Liberty Games, has been named as Hot Wheel cars from 1968. 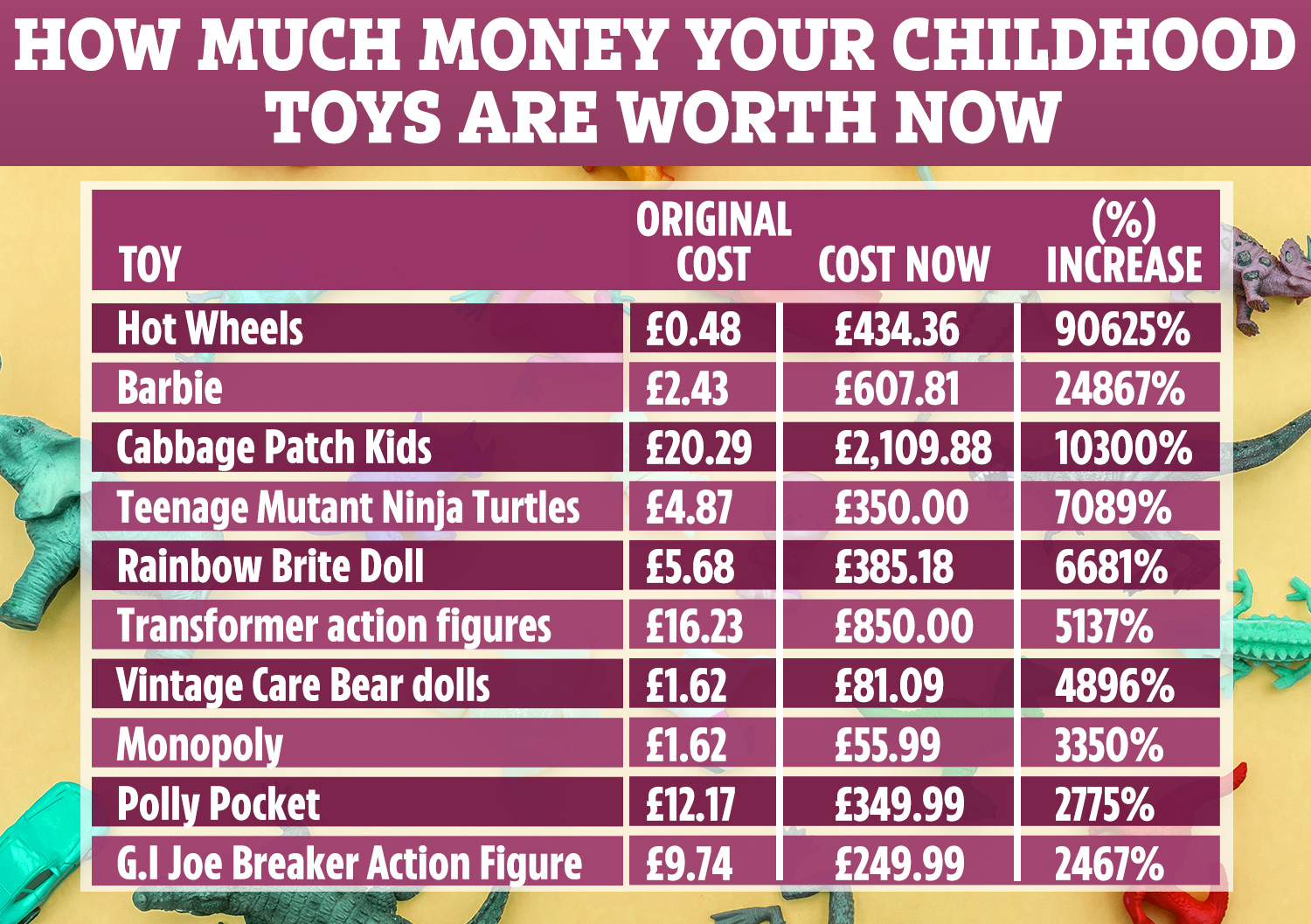 While these are just some examples of what these toys could sell for, there’s no guarantee you’ll make the same amount if you sell a similar product.

And if you're pricing your own toys on eBay, you're better off using sold prices as an indicator of what you can get as "buy it now" listings don't necessarily always sell.

It’s worth noting that rarer items, or ones that are limited edition, are often worth more.

Stuart Kerr, technical director at Liberty Games, said: “Many of the toys are still being sold today, with original Barbie dolls, Monopoly boards and Teenage Mutant Ninja dolls are worth up to thousands of pounds to collectors.

“If you’ve ever had one of these popular childhood toys it might be time to get in the attic and dig them out – you could make a substantial profit.”

Here we reveal the top ten toys, which have gone up most in price:

They’re the miniature cars, first made in the 1960s, that kids still go wild for today.

Barbie is somewhat of a childhood icon for most young boys and girls across the world. 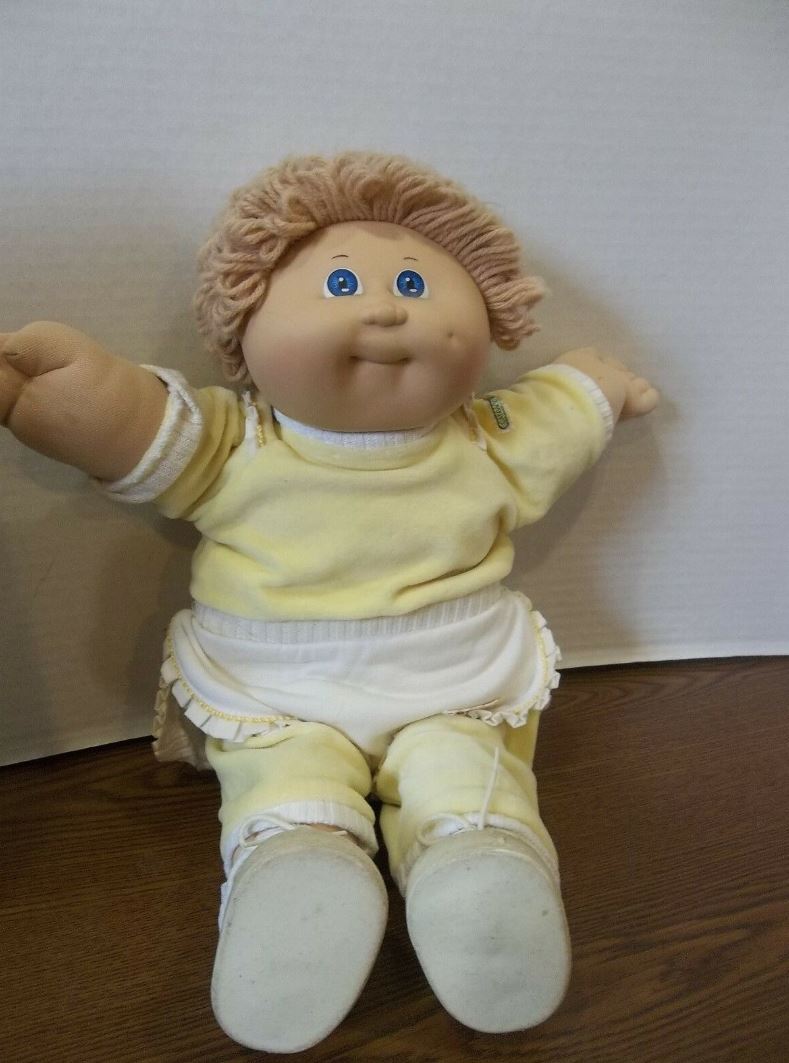 Cabbage Patch Kids are a line of soft dolls that were originally known as "The Little People" until their name change in 1982. 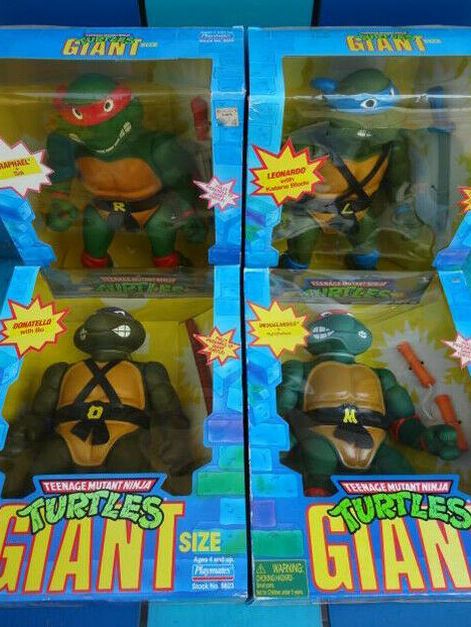 Action figures of the heroes in a half shell now sell for hundreds of pounds on auction sites.

Liberty Games found Teenage Mutant Ninja Turtle figures selling for £350 and we found a 1989 sewer playset going for £2,400 on eBay. 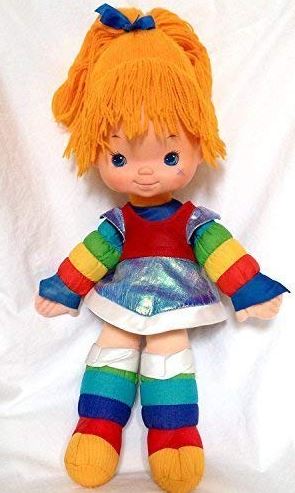 Colourful Rainbow Brite dolls were first sold by Mattel in the US in the 1980s. 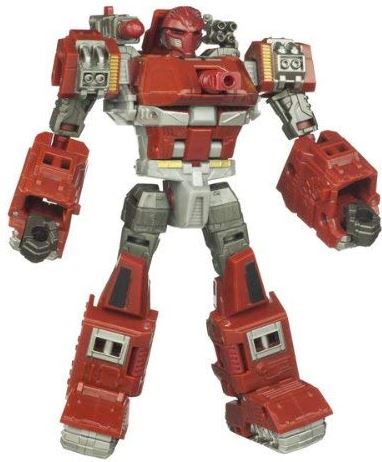 If you have some old school action figures of the original robots in disguise lying around, they could be worth more than 5,000 per cent their original price. 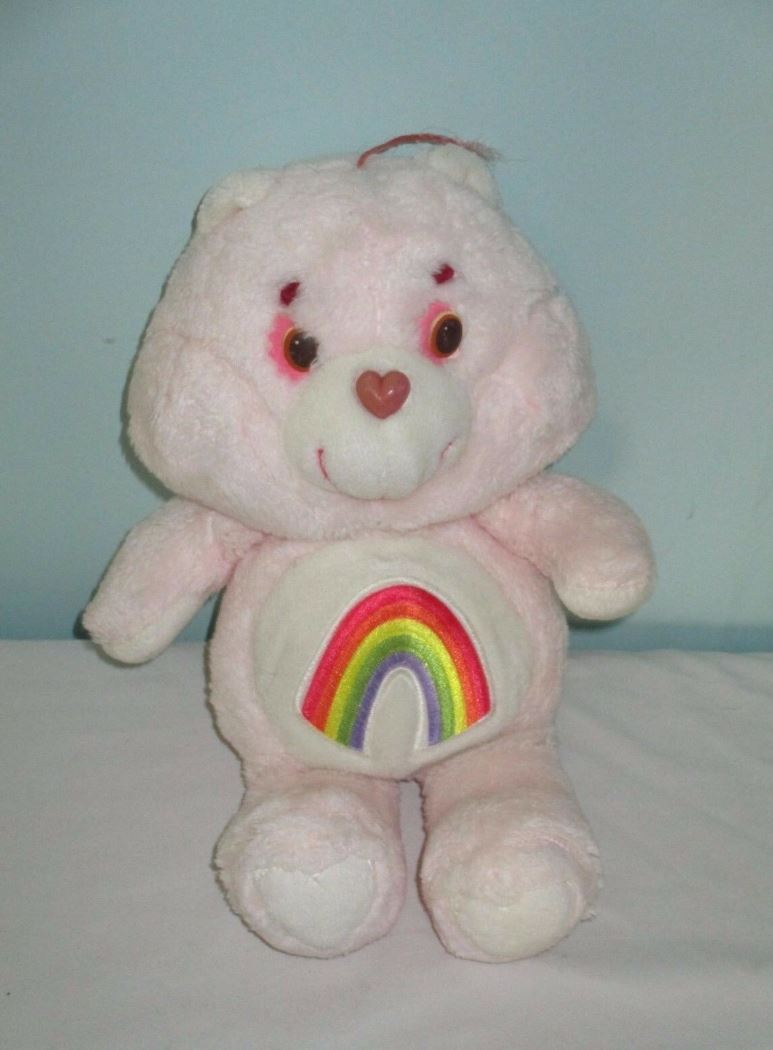 They're the sweet little cuddly bears that have rainbows and sunshines on their bellies. 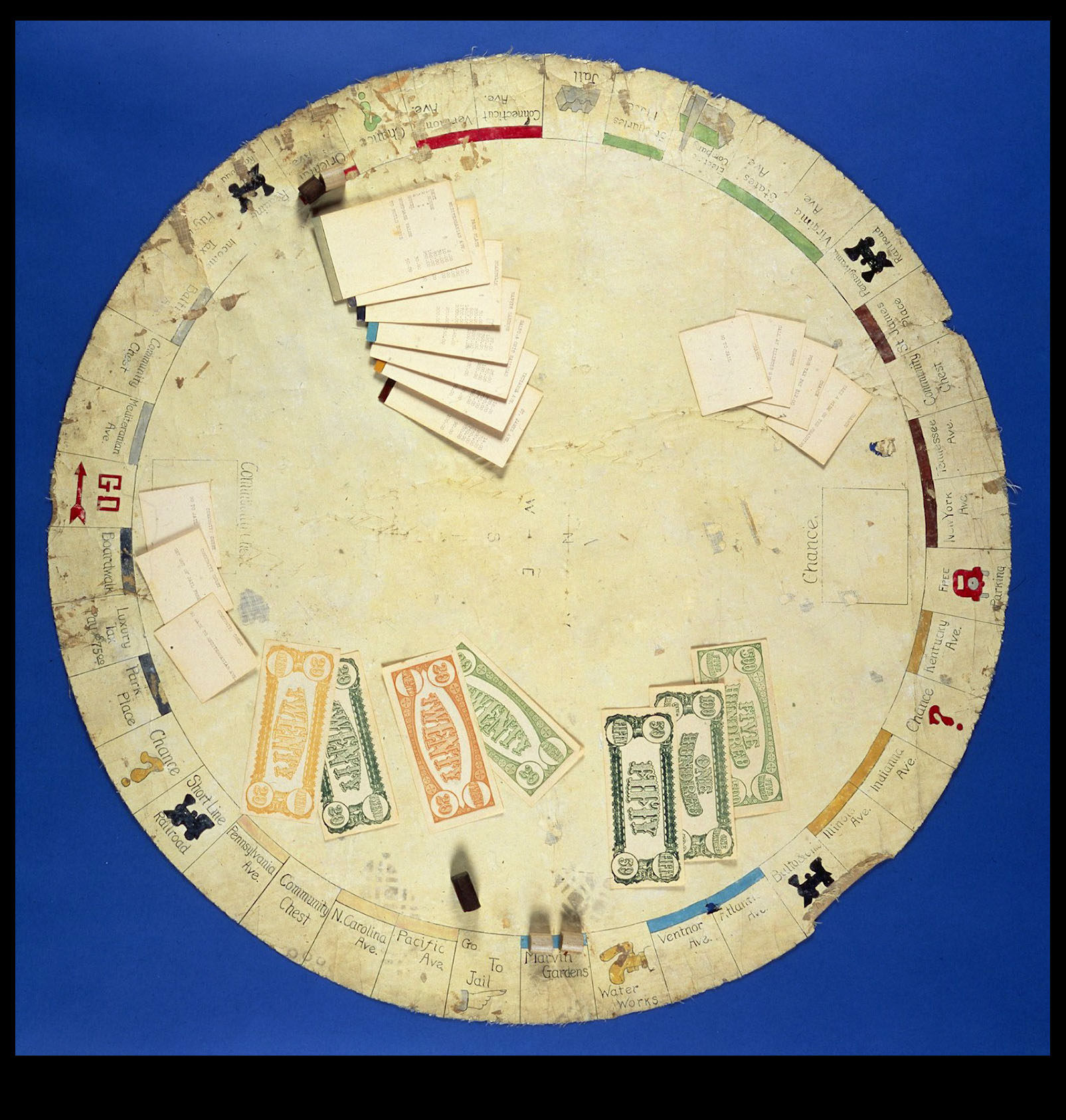 Monopoly is the classic board game that either brings families together or tears them apart through competitiveness.

If you have one of the first ever Monopoly board games, it could now be worth £55.99, although we found one D-Day edition board game selling for £879 on eBay. 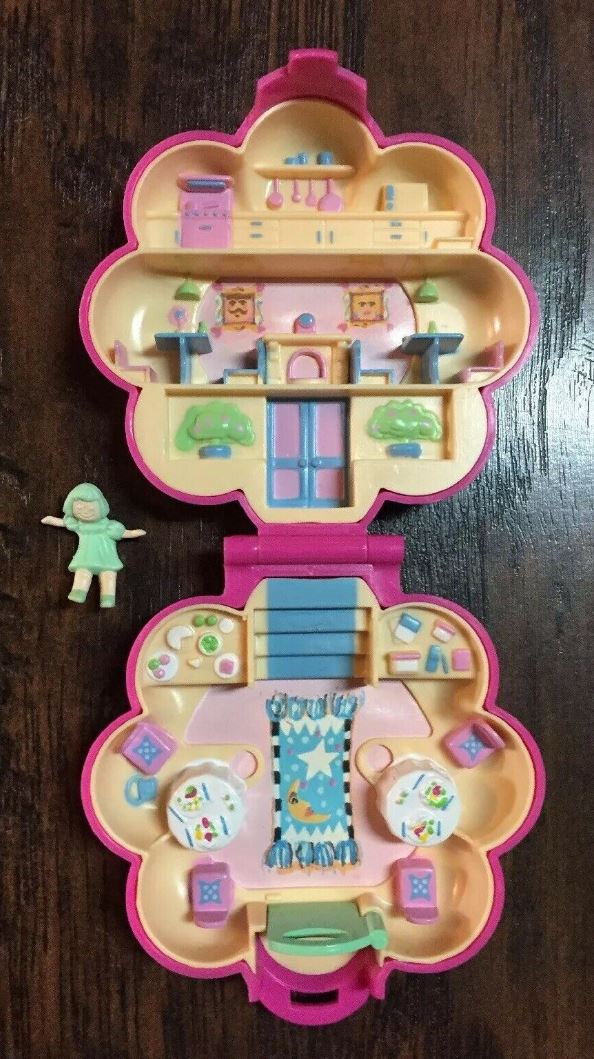 Polly Pockets used to be tiny plastic dolls that you could spend hours playing with in their make believe towns, although they look a lot bigger nowadays. 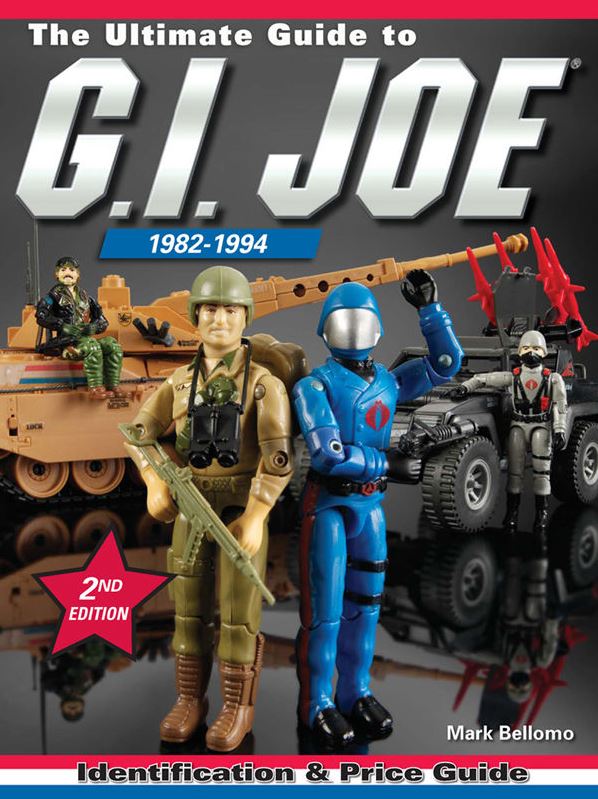 GI Joe has been transformed into a feature film star now but the original action figures are worth a small fortune.

If you wondered why anyone would want to buy your old toys, millions of Brits are looking for retro goods they enjoyed as a kid because they "bring back special memories".

How many retro toys do YOU remember? Take a look back for ultimate nostalgic fun.

And here are some more iconic 90s toys that could make you a fortune.