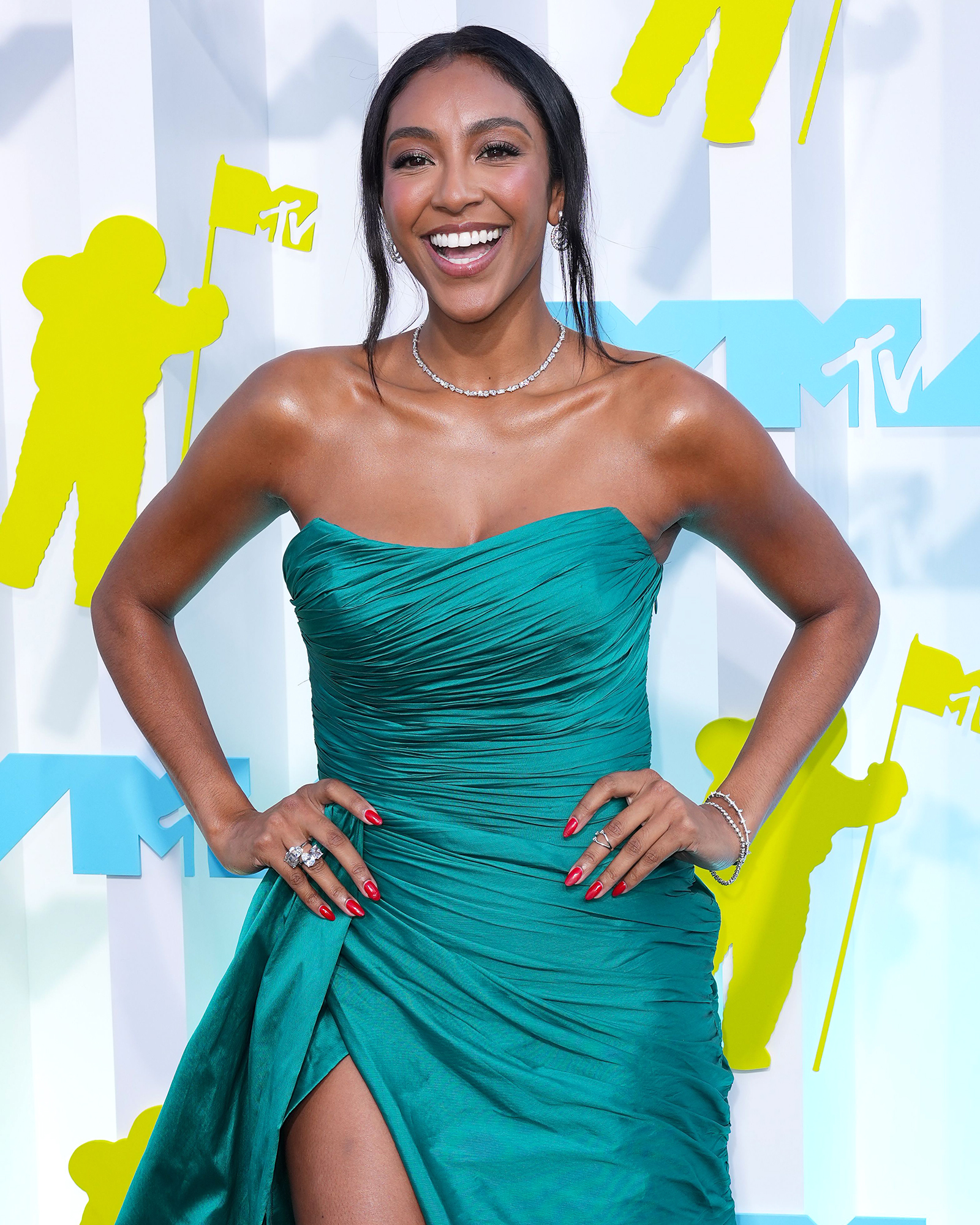 No mistletoe in sight! Tayshia Adams is avoiding one thing this holiday season: her exes.

It’s Over! Bachelor Nation Breakups of 2022

The former Bachelorette, 32, shared a playful TikTok video about her former flames trying to get back in touch with her — but made it clear she wasn’t taking the bait. “Ladies, stay safe this holiday season🤪,” she captioned the Wednesday, December 21, upload.

In the footage, Adams sat at a coffee shop table while bundled up for the winter weather. The former ABC personality donned a pair of dark sunglasses as she danced in her seat. “When they hit you with the Merry Christmas text,” read a caption across the screen as the word “Nope” repeated over a hip-hop beat in the audio. 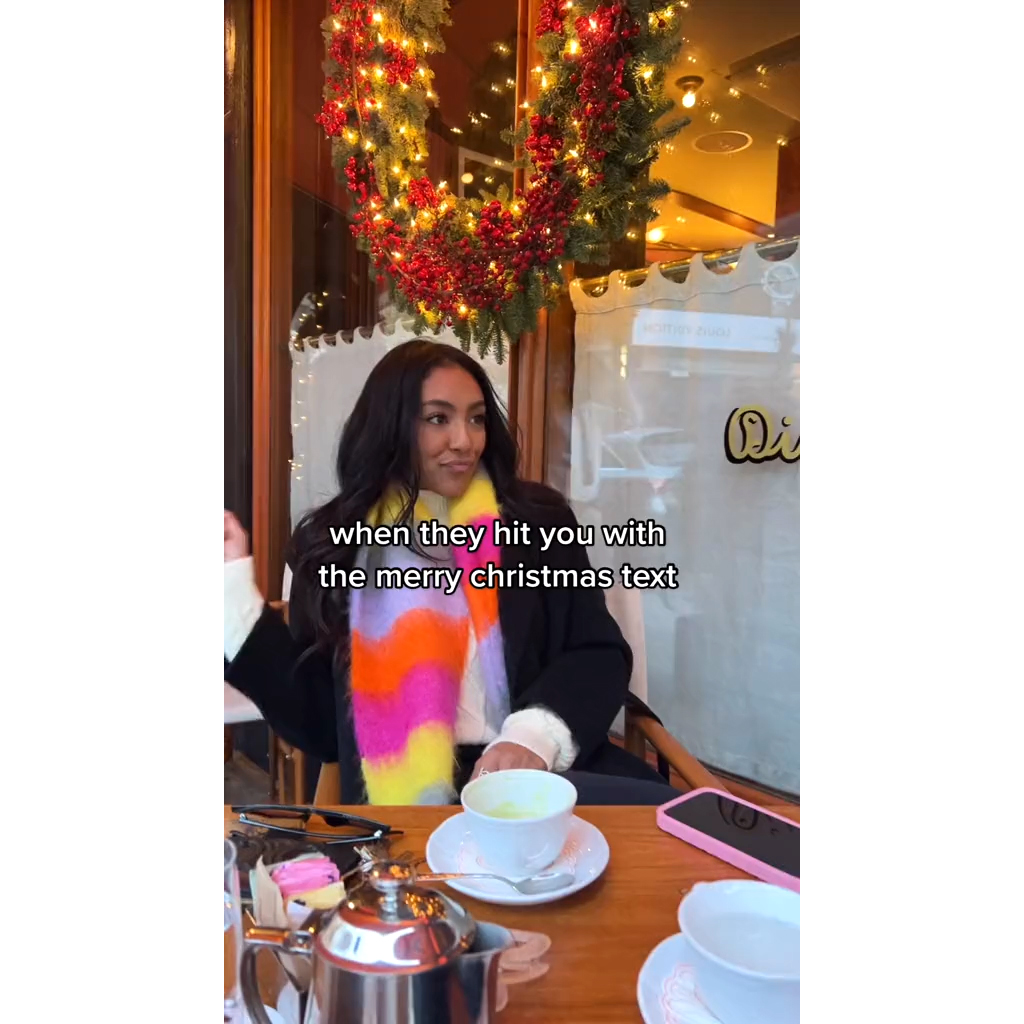 The California native made her reality TV debut during Colton Underwood‘s season 23 of The Bachelor in 2019. She ended the journey in the final two before returning for another shot at finding The One on season 6 of Bachelor in Paradise. She briefly sparked a connection with John Paul Jones, but the pair’s flame ultimately fizzled out.

Adams appeared on the franchise once more in 2020, taking over as lead of The Bachelorette season 16. Clare Crawley kicked off the season but left two weeks into filming after falling head over heels for now-ex Dale Moss.

Despite their strong chemistry, Us Weekly confirmed the duo’s split in November 2021. “They eventually realized it wasn’t going to work and their relationship ran its course,” a source explained at the time, adding that the twosome hadn’t “even started wedding planning” before calling it quits. 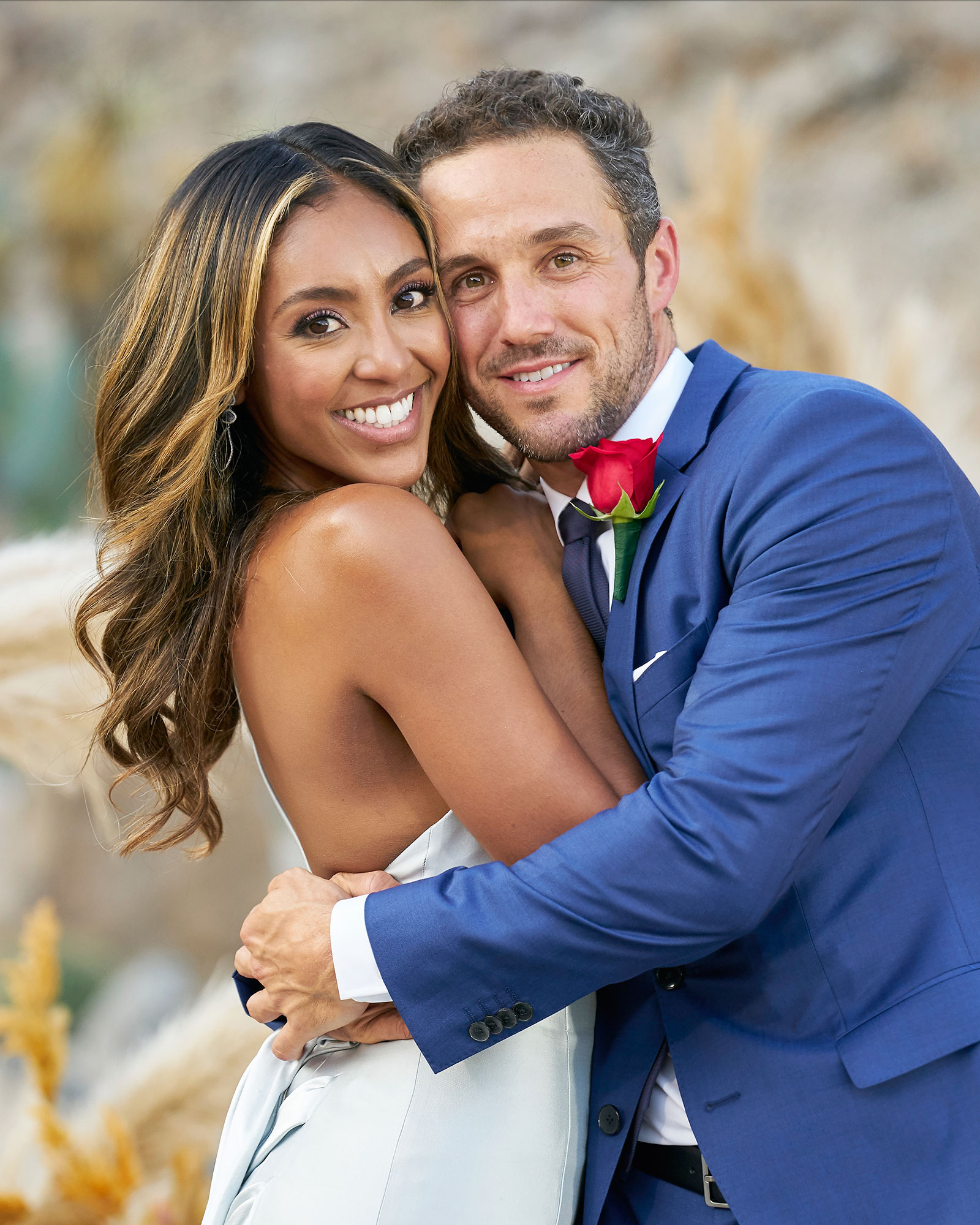 Earlier this month, the former “Click Bait” podcast cohost opened up about what she’s learned since searching for love on reality TV. “My biggest lesson [was] just to remain true to me and I feel like I did that,” she exclusively told Us. “I’m really proud of that and I feel like some people get caught up in the mix of everything and I think the best way — the best practice — is just to be you.”

Adams went on to shed light about why she and Clark pulled the plug on their engagement. “Him and I both know the truth and where we stand, and I’ve actually never said anything in the media about our relationship except for [that] we’re no longer together,” she noted. “And I know people might think otherwise, but that’s literally the only statement we’ve ever given out. I think that’s just something about maturity and how we decided to proceed and yeah, at the end of the day, no one else needs to know anything else.”

Though fans have wondered whether she’s moved on — Adams was linked to a chef named Dorian this summer and sparked dating rumors with Bravo’s Austen Kroll — the phlebotomist confirmed she’s single.

“People really want me to be in a couple relationships. … My biggest priority, truthfully, I’ve said it before, I know people don’t believe me, but it was really just working on me,” she told Us. “And just kind of finding my own [way] in New York City, but also focusing on the things that really make me happy, which are my philanthropy efforts and I really love the fashion industry as well, [and] fitness and my mental health.”