In a dramatic reflection of the tectonic shift between streaming TV and cinema, the US studio Disney has unveiled plans for no less than 10 new television series set in the Star Wars universe, but has plans to make just two Star Wars films in the forseeable future.

Disney's new content slate, revealed to investors in Los Angeles on Friday, also includes 10 new series from the big-ticket Marvel studio and 15 live-action and animated series from Disney and Pixar. Most of the content will be rolled out over several years.

The studio's chairman of media and entertainment distribution Kareem Daniel said the plan was to launch "something new to the service every week." But the new content comes will come with a price hike; in Australia the cost of the service will increase $3 to $11.99 per month.

The price tag on the content slate is estimated to be US$14 billion, with around US$9 billion of that being funelled into Disney+. 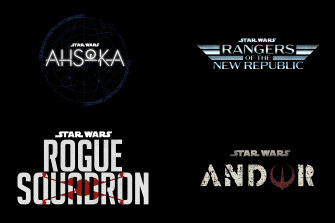 Among a raft of announcements were a live-action prequel to Beauty and the Beast starring Luke Evans and Josh Gad, a sequel to the much-loved Halloween movie Hocus Pocus, a third Sister Act film, starring Whoopi Goldberg, an animated feature film starring Toy Story favourite Buzz Lightyear and an animated series spun off the film Moana.

But most of the focus on the day was pulled by the studio's two biggest brands: Lucasfilm, which produces Star Wars, and Marvel, which controls a billion-dollar-plus slate of superhero movies. 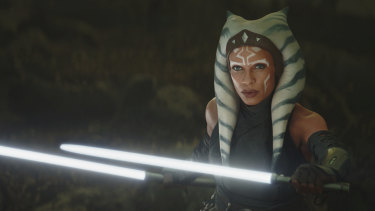 Both series will be set in the same time period as The Mandalorian and will, in future seasons, crossover in a "climactic story event," Kennedy said.

Investors were also offered a glimpse of two additional live-action series, Star Wars: Andor, a spy thriller about the rebel spy Cassian Andor (Diego Luna), who was introduced in the film Rogue One. The series, which is filming in London, also stars Genevieve O'Reilly as the rebel alliance leader Mon Mothma. 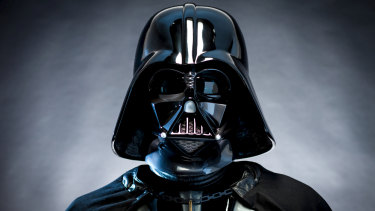 The studio's planned Star Wars film slate comparatively modest. With the two planned new trilogies all but abandoned, Kennedy said screenwriter Taika Waititi was working on film that would be a "fresh, unexpected and unique" take. And that a second film, Star Wars: Rogue Squadron, about the franchise's most famous squadron of X-Wing pilots, would be released in 2023.

Kennedy also confirmed a final Indiana Jones film starring Harrison Ford, who she said was returning to "conclude the story of this iconic character". The film will be shot in 2021 and released in 2022. 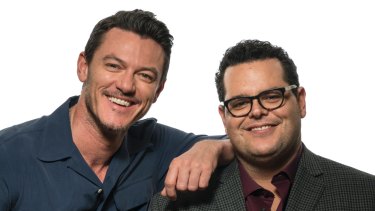 Returning to Beauty and the Beast, Luke Evans and Josh Gad.Credit:AP 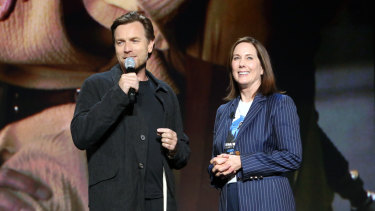 Disney confirmed to investors it would move two planned feature films, Pinocchio, starring Tom Hanks, and Peter Pan and Wendy, to the streaming platform Disney+. A third film, Raya and the Last Dragon, would be released on Disney+ and in cinemas on the same date.

The move follows the industry-jolting news from Warner Bros last week that they would move their entire 2021 cinema slate, including Dune, In The Heights and a new Matrix film, to their streaming platform HBO Max.

The studio will also reboot another big-ticket science fiction franchise, Alien, as a TV series. The FX network, which Disney acquired when it bought Rupert Murdoch's 21st Century Fox for US$4.3 billion in 2017, is developing the series in tandem original Alien film director Ridley Scott.

John Landgraf, the chairman of FX Network and FX Productions, said the Alien series would be written and produced by Noah Hawley (Fargo, Legion) and would "blend both the timeless horror of the first Alien film with the non-stop action of the second.

FX is also developing a remake of the novel Shogun, which Landgraf described as "the real Game of Thrones that was feudal Japan".

Disney has also signed a "multi-year, global pact" with the Kardashian family for a new series that would likely be positioned on Disney+ under a new content "tile" named Star, which will include a slate of broader non-core content sourced in part from another Disney-owned US streaming platform, Hulu.