Safety last? Mind-boggling pictures reveal people who have no problem taking a risk

From a plug socket that’s covered in damp grime to a gin bottle filled with acetone, safety hazards are rife and not exactly hiding in plain sight.

People from around the world have shared the most alarming safety fails they’ve spotted – with the very best collated in a gallery by Bored Panda.

One ‘innovator’ decided dangling from a digging truck the best way to cut down a tree with a chainsaw, while another free thinker decided that cardboard would be the best replacement for hot metal box.

Elsewhere, four men were seen using two precariously-placed ladders to change a lightbulb that was high up, and a bright spark propped themselves up on several crates placed on a greasy kitchen floor.

Here, FEMAIL shares some of the best examples… 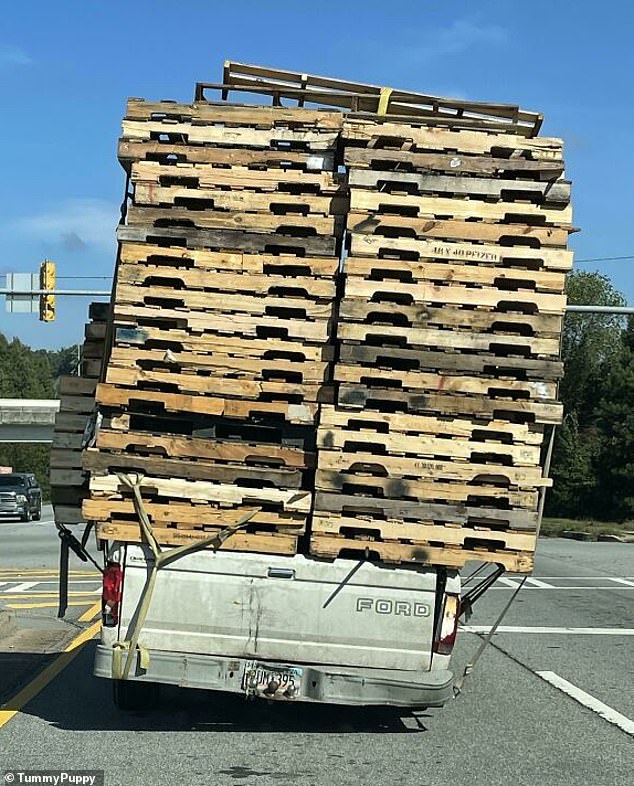 Wood you believe it? This rickety arrangement of wood pallets on top of a truck in the US looks like it would tip off at the nearest corner 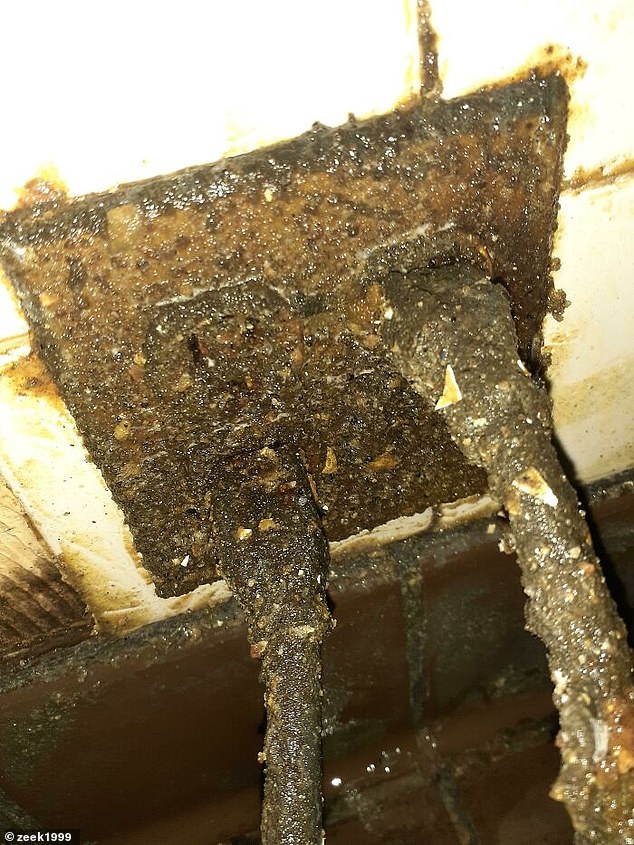 These grimy US plug sockets are more than a little damp, and for anyone who knows anything about how electricity travels they’re best avoided 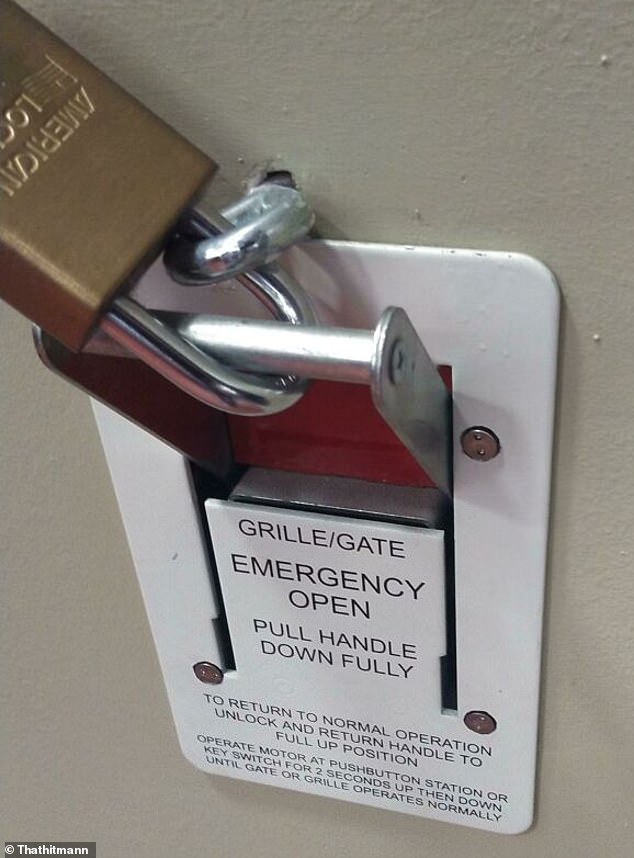 The managers of this US university accommodation may have grown tired of students pulling the emergency switch for fun, but locking it perhaps isn’t the wisest idea… 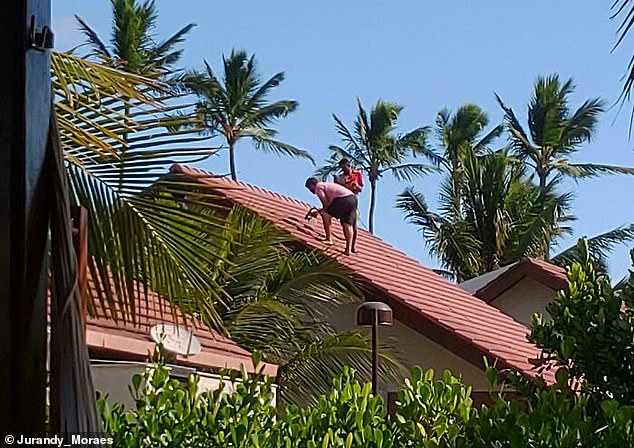 Not only does dangling from a crane pose many potential deadly risks while chainsawing a tree, but if the lever got any tighter this man would be in two parts 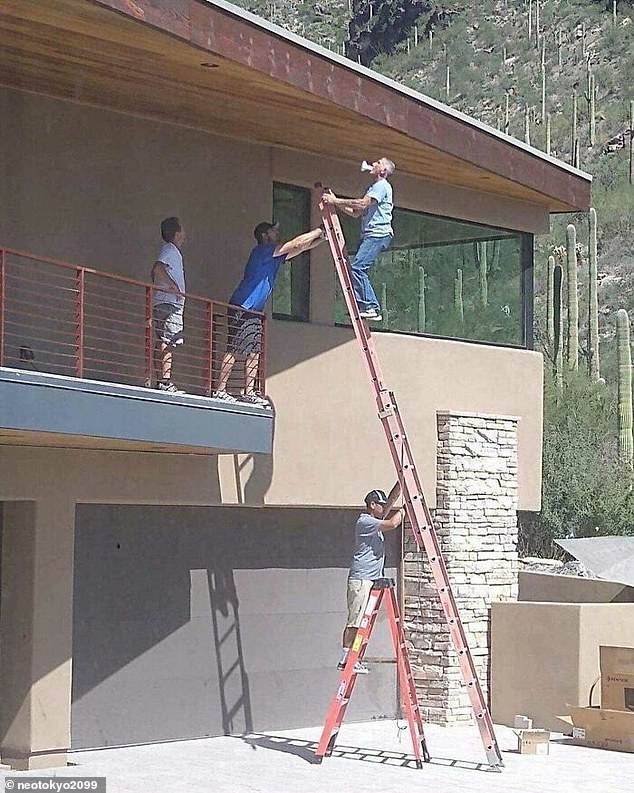 How many men does it take to change a light bulb? Apparently four, and not ones that know how to use ladders. Pictured in the US 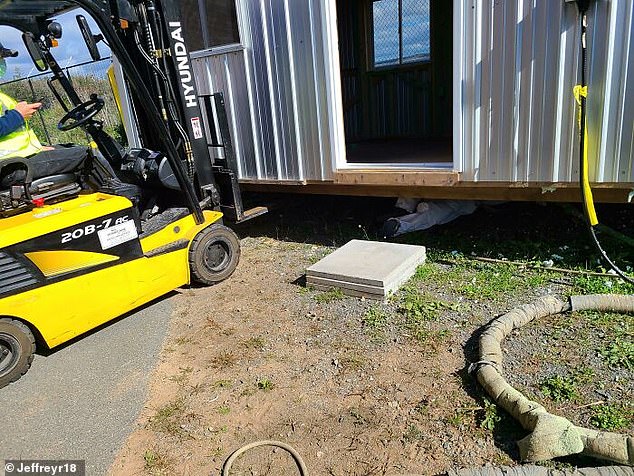 Would you feel comfortable climbing under a temporary home being held up by a forklift truck? This answer is no 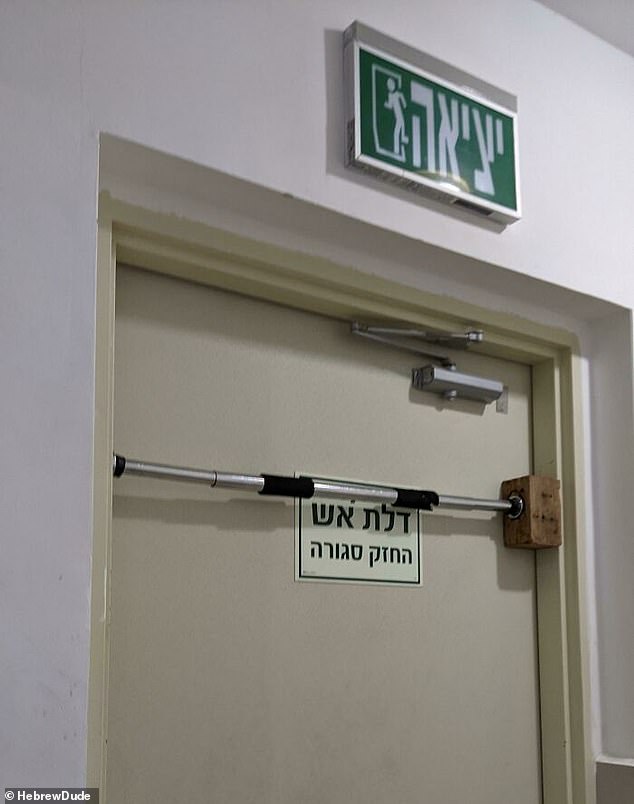 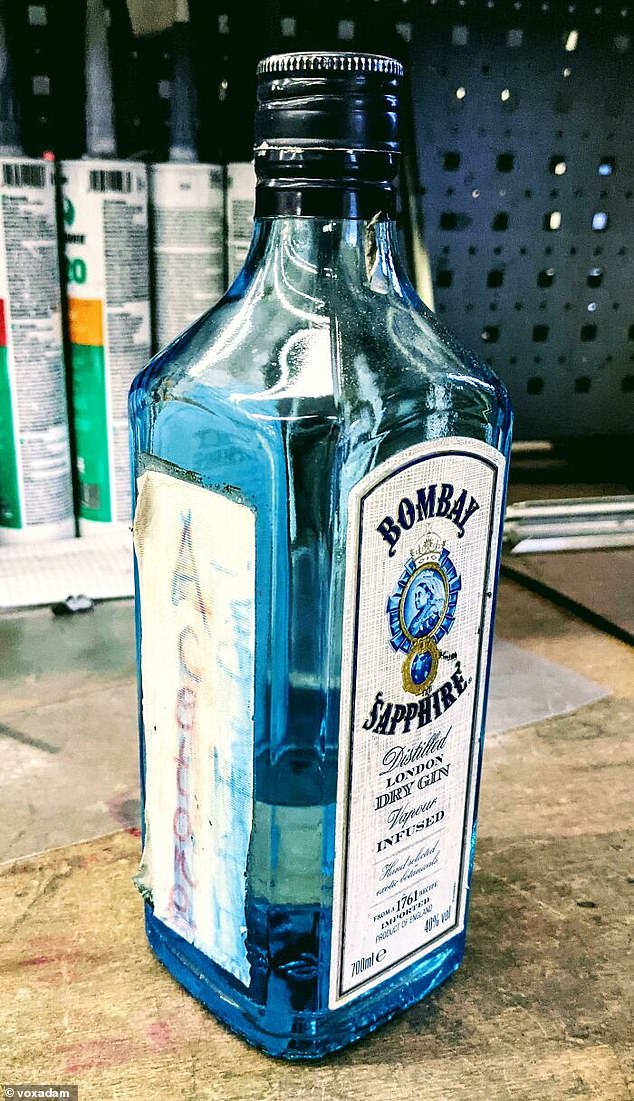 Ah yes, a double acetone and tonic please! This UK person has better quickly take the gin label off and make the ‘acetone’ more visible 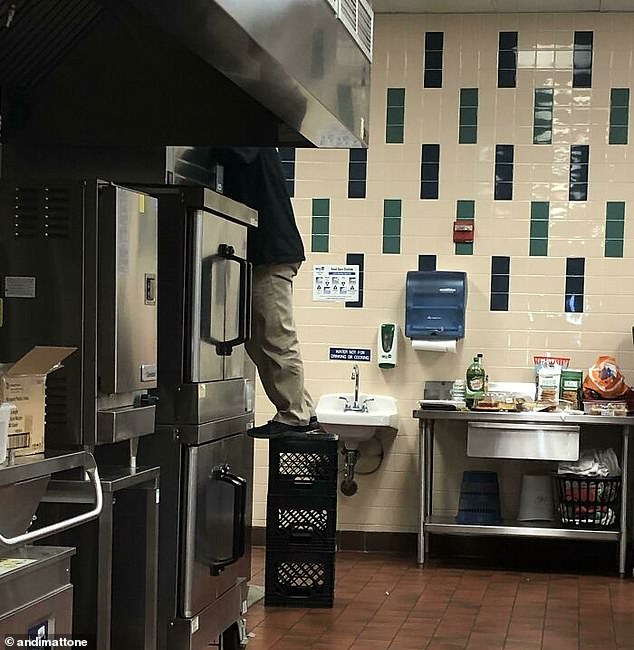 This US kitchen employee is better off not standing on precariously stacked crates on a slippery floor, but what do we know… 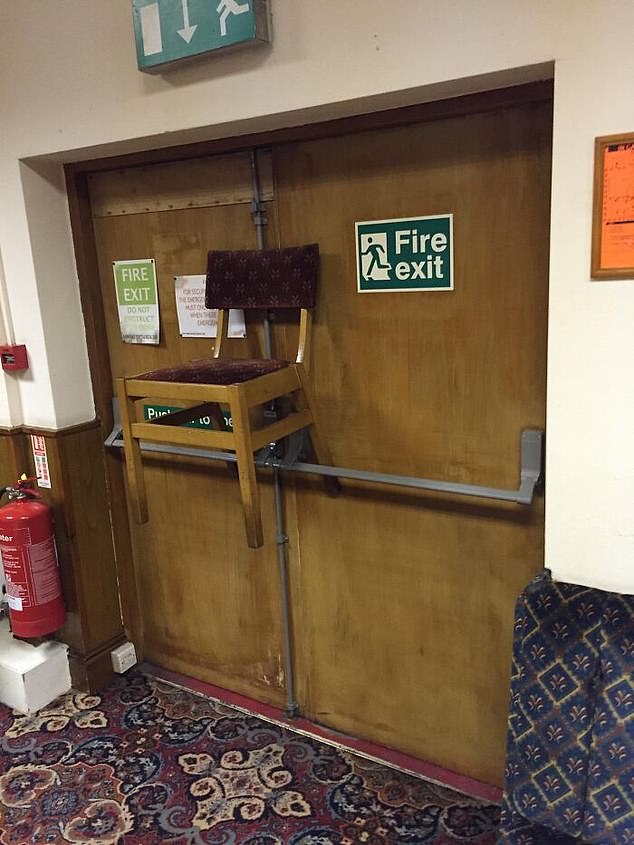 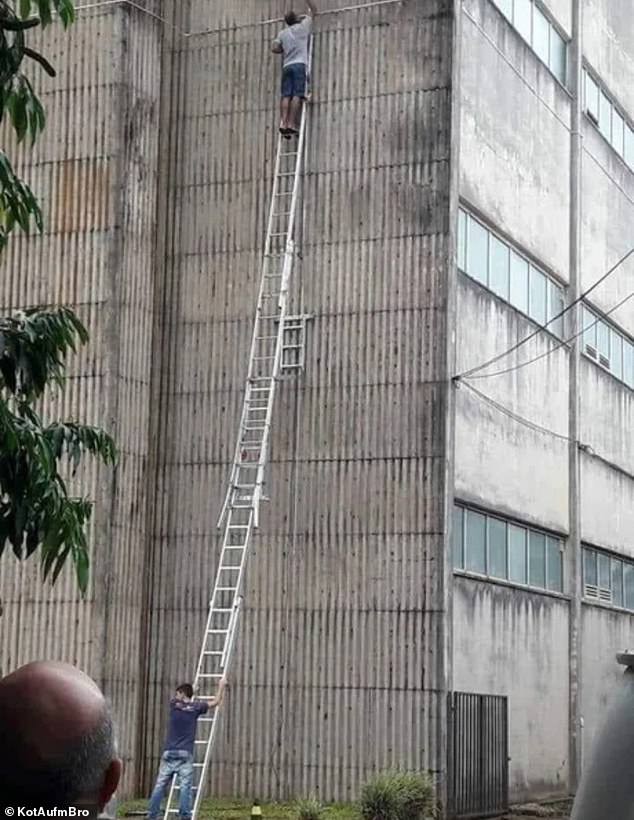 Only hopes and prayers are holding together these two ladders. Surely no job is worth risking your life for? 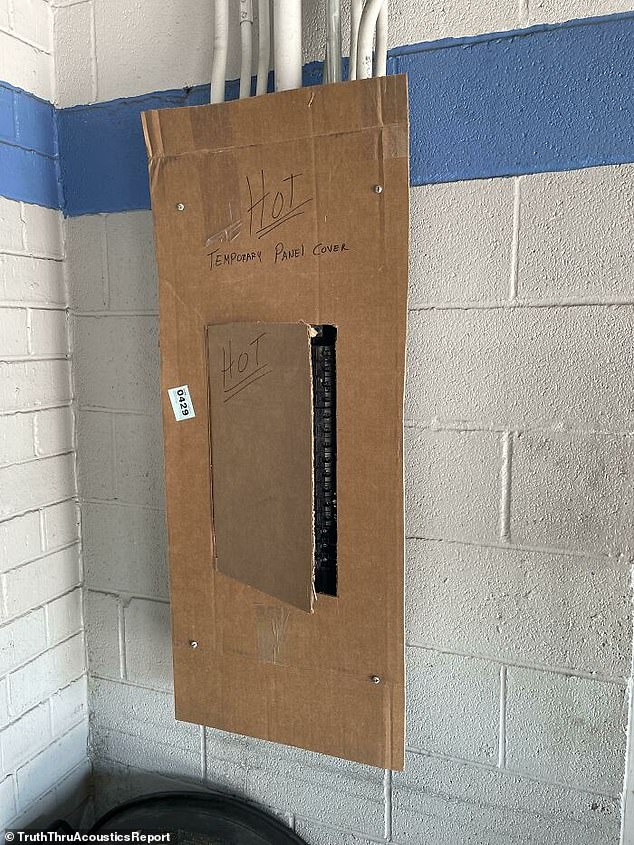 Ah yes, what could be a better replacement cover for a box that gets hot, than cardboard? At leats one UK worker thought so