Aged care operators at risk of being named and shamed under a new federal government star rating system for nursing homes will be able to adjust their assessments before they are revealed to the public.

The new rating system comes as COVID-19 continues to wreak havoc in aged care, with 48 deaths in nursing homes in the past week and active outbreaks in a quarter of the nation’s 2671 aged care facilities. Coronavirus deaths are now endemic in aged care. Of 64,404 people to die in residential aged care from all causes in the past year, 5.4 per cent died with COVID-19.

The Albanese government will this month launch its star ratings to help older people and their families better judge whether an aged care home is well run enough. Just one per cent of nursing homes will get five stars, Aged Care Minister Anika Wells has said.

But one expert questioned how, given the Royal Commission into Aged Care found a third of homes with serious problems, 90 per cent had been given a rating of three stars or more.

The new ratings website is still not live, with operators recently sent “preview emails” of their assessment and invited to contact the Aged Care Quality and Safety Commission (ACQSC) if they had concerns.

The Department of Health and Aged Care told homes could adjust their “self-reported” data with a view to improving their rating before it was made public. “Should you have any concerns regarding information presented in your provider preview email, please take action by 17 December 2022 to check and correct self-reported data,” the message to operators said.

The ratings are based on how homes perform against four criteria:

The new system comes after the Royal Commission made damning findings against the MyAgedCare website and call centre. Launched by Labor in 2013 shortly before it lost office, MyAgedCare was meant to make assessing nursing homes easier.

The star ratings are part of Prime Minister ­Anthony Albanese’s promise to “fix the crisis in aged care”. Labor campaigned hard on it ­in ahead of the May election.

Under the new system, a home getting one star must make significant improvement; two stars means a home needs improvement; three stars is an acceptable level of care; four stars suggests good quality care; and five stars is excellent care.

Some operators suspect the rating for their home was based on findings made against them months ago that were not properly updated by ACQSC.

“We have done well on one and we are not happy with the second one. We are in the process of trying to get that updated,” he said. 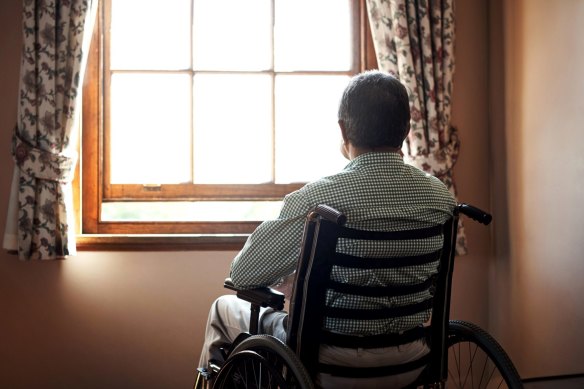 The Albanese government will this month launch its star ratings system for aged care providers.Credit:Getty

New Zealand company Ryman, which operates five aged care centres in Victoria, was pleased that all of its homes got four stars. Rami Kamel, the company’s Australian operations manager, said the star rating system was a good start in lifting quality in the aged care sector, but that people considering a home needed to take time to tour it, meet staff “and talk to residents and their family members about their experience”.

The sector’s largest peak body last week welcomed the new ratings system. Aged and Community Care Providers Association chief executive Tom Symondson said that having 90 per cent rated at three stars or above showed the services were providing everything the government funded them to with good quality.

“They have achieved this despite extraordinary funding and workforce challenges,” he said.

Council on the Ageing chief executive Ian Yates said the new scheme was not perfect, but was “a very good start”.

Professor Joseph Ibrahim, a doctor and aged care expert who leads the ageing research unit within the Department of Forensic Medicine at Monash University, is less optimistic.

“Fundamentally, the star rating system is just smoke and mirrors; it is a pretense of transparency,” he said. “Unpacking how it is scored is beyond the understanding of most people, myself included. I would struggle to explain it to my patients. And what are the consequences of being 1 or 2 stars? None.”

Ibrahim pointed to the Royal Commission’s finding that one in three residents suffer neglect, abuse or poor care.

“On that basis we’d guess about one-third of homes should get a star rating of between one and two,” he said.

Instead, 90 per cent received three stars or higher. “How is it possible to get so many three-star ratings when everyone agrees there are massive staffing shortfalls in the industry?”

On Friday, the federal health department put out its weekly assessment of how homes around Australia are coping with coronavirus infections. It found 720 out of the nation’s 2671 homes had an outbreak, including 186 in Victoria.

The two Victorian homes with the highest number of active coronavirus cases were Baptcare Peninsula View in Frankston South, with 82 residents and staff testing positive, and Mercy Health Bethlehem in Bendigo, also with 82 cases. Residents died with COVID-19 in both homes, although the department did not record how many as there were fewer than six deaths.

Labor pledged to fix the sector quickly when it came to power, with Albanese introducing a second round of new aged care laws to parliament in October. These followed laws in July that included the need for homes to employ registered nurses at all times. 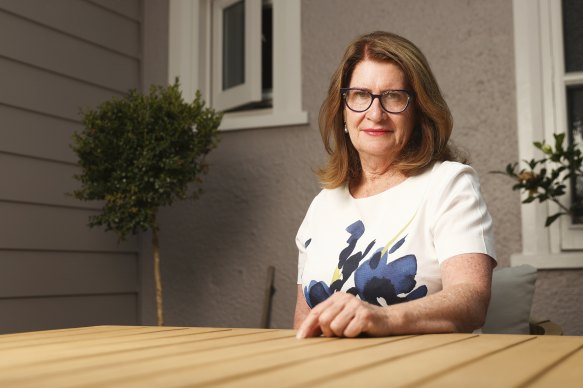 The Royal Commission hoped a star rating system would improve the performance of homes. The final report cited a study of 60 Australian nursing homes from 2017 that found “a staggering 68 per cent of residents were malnourished or at risk of malnutrition”.