Sam and Olivia sit down to discuss making amends with Carol as Sam celebrates a year of sobriety in this EXCLUSIVE preview of ‘Single Drunk Female.’

Sam has officially been sober for a year, but Olivia has some tough topics to cover with Sam in this EXCLUSIVE preview of the March 10 episode of Single Drunk Female. Over an entire cake, Olivia wants to talk about how far Sam has come, how fun the party was, and why Carol wasn’t there. That last part is more than a bit complicated.

“Come on, she doesn’t get any of this stuff. She’s always saying it reminds her of Wild Wild Country,” Sam says about Carol. 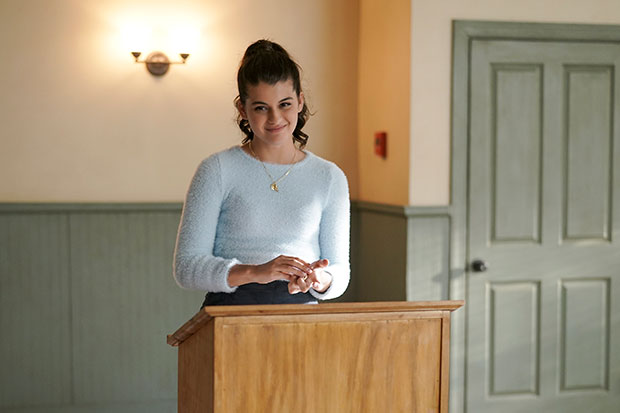 Olivia responds, “Maybe she doesn’t understand it because you haven’t made her a part of it yet.” Olivia asks Sam if she’s written her amends to her mother yet. Sam says she’s only written a draft so far.

“It doesn’t have to be perfect,” Olivia stresses to Sam. “Just list all of the ways you’ve done her harm and synthesize it into a nice bite-sized piece that she can swallow.”

Single Drunk Female became a breakout hit when it premiered in January 2022. The series premiere of the Freeform series scored more than 2.4 million multiplatform viewers Live+7. The premiere was Freeform’s biggest comedy premiere since grown-ish’s debut in 2018. 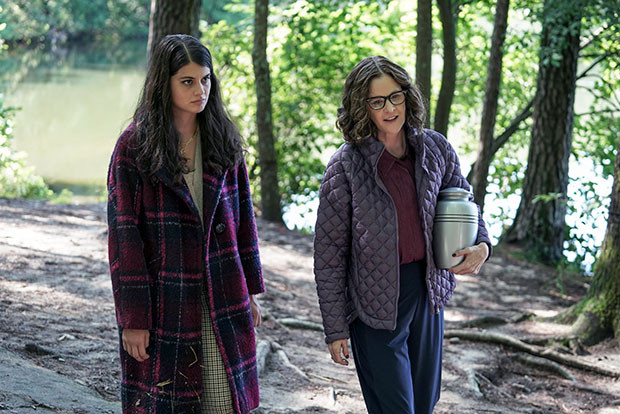 The series airs Thursdays at 10:30 p.m. on Freeform. The show is available to stream on Hulu on Fridays. The season finale is set to air on March 17.