Sia Furler, the Australian singer and songwriter behind some of the most catchy pop songs of our time, usually keeps to a simple rule: “I don’t do anything emotional past midnight.”

But when the Grammy Award winner was criticised for the representation of disability in her debut film Music, a musical drama about an autistic teenager to be released early next year, she faltered. 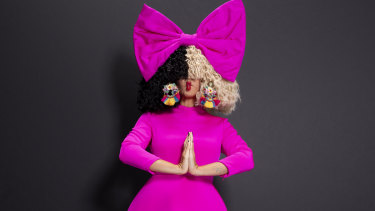 Sia Furler will make her directorial debut with the musical drama Music.Credit:Tonya Brewer

“Looking back, I should have just shut up; I know that now,” says LA-based Furler.

“It was three in the morning, and even though I have a rule that I don’t do anything emotional past midnight, I f—ed up this time.”

When a trailer of the film was released last month, disability advocates criticised Furler for casting Maddie Ziegler, an actor without a disability, in the role of Music, a character who has autism. Kate Hudson plays Zu, a reformed drug addict who suddenly finds herself taking care of Music, her half-sister.

In a series of tweets, Furler defended casting Ziegler and urged her critics to see the film first. 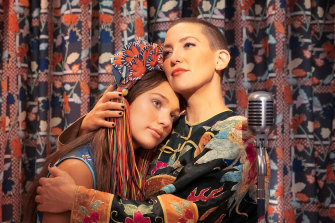 Maddie Ziegler and Kate Hudson in a scene from Music.Credit:Merrick Morton

Furler now says she feels deeply misunderstood. She approached a person on the autism spectrum to play the role, but says they found filming too distressing.

“What I do know is that people functioning at Music’s level can’t get on Twitter and tell me I did a good job either,” Furler says. “There’s a saying in AA that you’re better to understand, than be understood. Sadly I forgot about that when I got on Twitter. I really just wanted to explain that I had tried all these different options and done my best.”

Furler says one of the reasons the criticisms affected her was because of her protectiveness of Ziegler, who came into the public eye when she was eight as a public stand-in for the pop star. Ziegler has since been Furler’s substitute on stage, in live performances, and in her video clips.

“Maddie is the reason the Twitter comments profoundly affected me,” Furler says. “She had researched her role for two years, we watched movies together, and I taught her the nuances and ticks I had observed from [a] friend [with autism]. We did this in the most sensitive and respectful way. She was worried people would make fun of her. I promised her I wouldn’t let that happen.”

Furler, who has previously spoken about her drug and alcohol addictions, says she was inspired to make the movie after she met a 16-year-old named Stevie, whose mother worked at her Sunday morning AA meeting.

“Stevie used to sit next to me in the front row at my AA meetings. He was low-functioning and on the spectrum with echolalia; he’s the reason I wanted to make this movie,” Furler says. 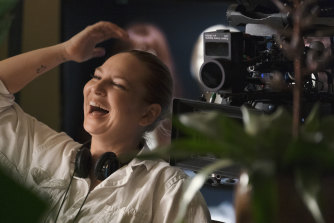 Sia has urged critics of her film to see it before making a judgment. Credit:Merrick Morton

While she had long dreamed of making the film, it came at a price. In 2017, Furler, who has written hit songs for Beyonce and Rihanna, was diagnosed with complex PTSD and Ehlers-Danlos syndrome.

“The stress of making the film clearly took its toll,” she says. “It was a rocky ride.”

After our interview, Furler’s name was back in headlines: after FKA Twigs announced she was suing actor Shia LaBeouf for physical and psychological abuse, Sia tweeted that LaBeouf was a “pathological liar” who had hurt her emotionally and conned her into an adulterous relationship.

When it comes to Music, though, Furler is looking forward – and waging a serious battle with a case of imposter syndrome.

“I am the first to admit that I was so fearful if this film wasn’t exceptional, that I’d be going to artist purgatory forever,” she says. “I had somehow convinced myself I would never be taken seriously ever again, and that I wouldn’t have done that community I love so much any justice.

“I thought I would be perceived as a failure … but in the end it takes family and friends to remind you that it’s not great to think like that.”

Music will be in cinemas from January 14.

Find out the next TV shows, streaming series and movies to add to your must-sees. Sign up to get it every Thursday.