SBS is axing its youth-oriented current affairs program The Feed from its television schedule in response to dwindling audience figures.

The broadcaster revealed the decision to stop airing the show from June 28 to staff in its Sydney newsroom on Wednesday afternoon, but said it did not expect any redundancies as a result of the move.

Some segments of The Feed will continue to be made but will be distributed only online via SBS On Demand and on social media. 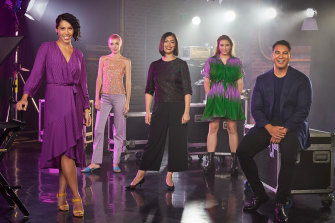 The production team will be split into two, with some working on the online-only content under The Feed brand, and others moving to the Framed documentary unit, which will produce longer-form content for both digital and broadcast channels.

The decision comes after declining viewership for the program following its move to SBS’ main channel in 2020.

This Tuesday, the show attracted an audience of just 65,000 people nationally – and only 49,000 in the five mainland capital cities – in its 10pm slot, making it the 163rd most-watched program on free-to-air TV on the day. 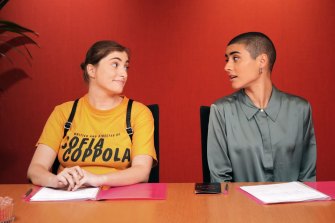 But even that figure is misleading, in the sense that it obscures the degree to which younger audiences are simply not watching linear television.

The broadcaster insists, however, that The Feed continues to resonate with younger audiences outside of the linear broadcast schedule, particularly with its comedy sketches featuring Jenna Owen and Vic Zerbst. Those would, it promised, continue to be produced, alongside other short-form video content and explainers.

Presenter Marc Fennell, who has been with the program since its inception in 2013, sought to put a positive spin on the move.

“If you look back over the life of the show it has constantly changed in format,” he said. “This is a big change, to be sure, but there are some essential components that won’t change.”

Among those components, he said, was the “unofficial mission” of the brand to “develop young, diverse, unique Australian voices in journalism and comedy.

“Today, I look out over the wider media landscape and see The Feed’s alumni pretty much everywhere.”

Since its launch nine years ago as a 15-minute segment on SBS2, The Feed has given opportunities to the likes of Andy Park (now the Drive presenter on ABC Radio National), Jan Fran (podcaster, columnist and serial guest across the TV networks), Mark Humphries (perhaps best know for his inspired mash-up segments on the ABC’s Insiders), Triple J presenter Michael Hing and The Project’s Patrick Abboud.

Fennell said the new iteration of The Feed “will still foster new voices”, while promising the Framed unit – to which he is moving – “will allow us to … really dive into stories far bigger and more intriguing than we could fit into a 30-minute program.

“Change happens,” he added. “But this time it’s for the best.”