Heal the seal! RSPCA workers battle to rescue wildlife from some VERY sticky situations in a heartwarming new series

We all love a takeaway, but the curries in Suffolk are quite unique. Animal rescue workers in Lowestoft saving poorly grey seal pups abandoned on the shore by their mothers have a tradition of giving names to their patients, and this year they’re all named after delicious Indian dishes.

But when your favourite curry weighs three stone, has fur, flippers, sharp teeth and smells strongly of fish… well, it’s enough to put anyone off their poppadoms.

New ten-part animal documentary series Saving Britain’s Wildlife was shot during six months of dedicated RSPCA rescue work, with much of the footage filmed by RSPCA staff wearing bodycams to give us a close-up view of their challenging day-to-day missions. 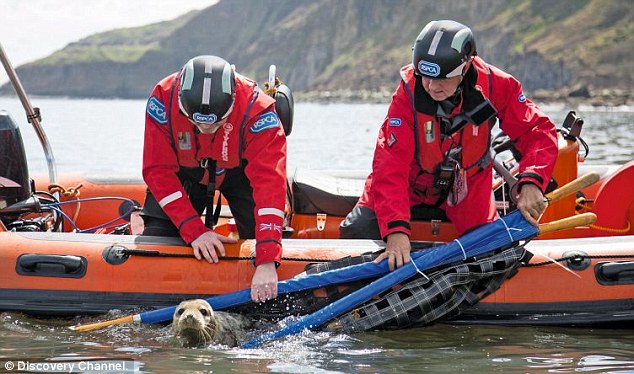 In the opening episode, Suffolk officers Paige and Antoinette are called out to the beach after a member of the public telephones the society’s hotline to report a stranded pup.

Paige knows she’s racing against the clock: if well-meaning humans get too close to the baby animal, it will bolt into the sea where it is unlikely to survive alone.

But collecting a grey seal pup is not a straightforward task. The creatures are as big and heavy as a large dog and have fearsome teeth, so Paige and Antoinette use their canvas stretcher to net it safely.

The seal is dubbed Reshmi after a chicken kebab, and is quickly befriended by another patient, Dhansak (well, it’s been a busy year – Biryani, Tandoori and Tikka Masala were all taken).

Meanwhile, at Stapeley Grange wildlife hospital in Nantwich, Cheshire, new RSPCA recruit Jess is helping vet Teresa treat a Canada goose that has suffered a horrific injury – a crossbow bolt that’s gone through its neck. The bird was used as target practice by a thug with an illegal hunting bow and miraculously survived. 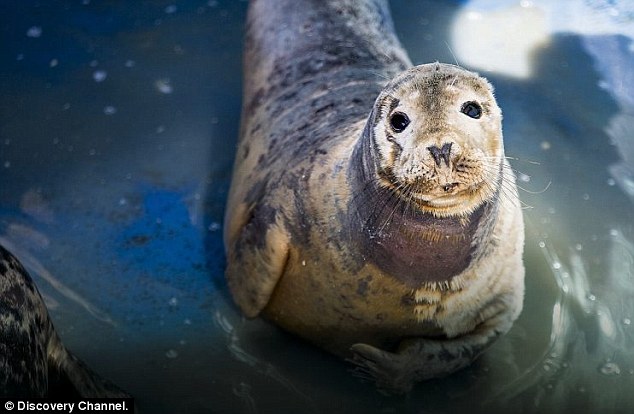 They named one seal Reshmi, with other seals they’ve rescued in that year named Biryani, Dhansak, Tandoori and Tikka Masala

The 10in-long bolt somehow missed both its airway and its spine and is sticking out of the other side.

But operating is not easy. The bird must be given a general anaesthetic, which triggers its body’s diving instinct and makes it stop breathing.

Teresa has to pump air into its lungs with bellows four times a minute. Amazingly, the lucky goose makes a full recovery.

Wild animals are naturally wary of humans, even when we’re trying to help. Sometimes their instinct to flee can end up getting them into even worse trouble, like the ten-week-old fox cub that has caught its paw in the netting of a miniature football goal in a Lancashire garden.

The more it wriggles, the more stuck it gets. ‘It could end up strangling itself and dying – it’s upsetting,’ says experienced RSPCA hand Sonia. 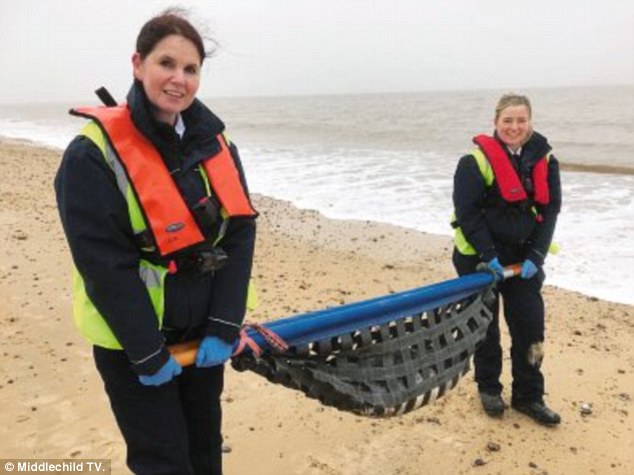 ‘Sometimes I wish I could be Dr Dolittle and just say, “Come here and I’ll rescue you.”’

But soon the little fox seems to sense that she’s there to help, and calms down enough for Sonia to snip it free.

A muntjac deer, however, trapped between the bars of a metal security fence at an industrial estate in Leiston, Suffolk, doesn’t have as much sense. The terrified animal has its rump caught and is chafing itself raw in its frenzy to escape.

It takes bolt-cutters to free the animal before RSPCA officer Nicola checks that the wounds are merely superficial and sets it free; muntjacs are so panicky that they can die of sheer fright in captivity.

That’s definitely not the case with grey seal pups. Reshmi grows plump in the Lowestoft sanctuary, doubling his weight and fighting off the lungworm infection that made him sick in the first place.

Paige and Antoinette take him to an estuary that feeds into the sea and watch him slide down the muddy river bank into the water… not so much Born Free as Curry To Go.