The 2021 DC FanDome revealed the Robert Pattinson The Batman trailer in October. Naturally, the internet picked apart every frame, finding secrets and Easter eggs from Bruce Wayne‘s long history in comics, games, and movies. One moment in Matt Reeves’ The Batman trailer appeared to reference the Batman: Arkham Origins game. 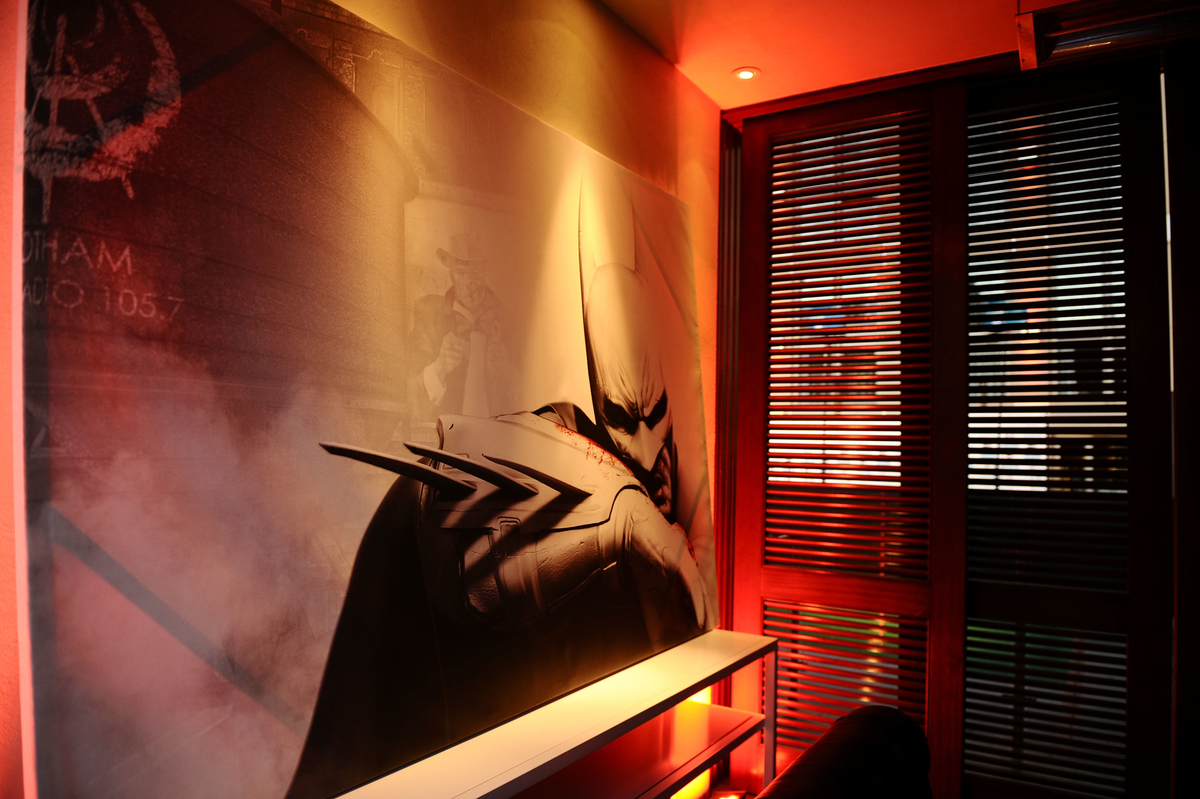 What is the alleged ‘Batman: Arkham Origins’ Easter egg?

In The Batman trailer, Pattinson’s dark knight confronts a gang. Sparks of electricity fly as he pins one against a pillar.

“One notable sequence in the trailer showing Batman in action may pay homage to one of the incredibly popular Batman: Arkham titles,” CBR reported. “In the scene, Batman uses a gadget that may be the film’s take on one of the franchise’s most powerful tools to take down a group of thugs.”

As he battles the villains, he takes one out by gripping an electrified glove around an enemy’s throat.

“This electric gauntlet may be a much more elegant take on a similar gadget featured in another second-year Batman story, 2013’s Batman: Arkham Origins,” CBR said.

The Shock Gloves came from a villain in ‘Batman: Arkham Origins’

In the Batman: Arkham Origins game, the fighting gauntlets were called the Shock Gloves. While Batman made a name for himself, inventing dozens of gadgets, he did not create the gloves.

The Shock Gloves came from Lester Buchinsky, AKA The Electrocutioner in the comics and the Batman game. He usually relied on his brawn more than his brain. The Joker (disguised as Black Mask) knew he would make a perfect assassin to attack Batman.

The villain served as the second assassin to take a shot at Batman in the Arkham game. However, he fell in a single kick from the dark knight.

“Later in the game, Electrocutioner has the misfortune of getting on Joker‘s bad side and is thrown out a window,” CBR said. “Finding his body, Batman takes the Shock Gloves for himself, allowing him to break through the shields of certain enemies.”

Could Robert Pattinson’s ‘The Batman’ take more influences from the games?

While Batman: Arkham Origins saw lower reception than other games in the series, it laid the foundations for future games.

The trailer’s emphasis on the electric gauntlets seems like the film could take more inspiration from the Batman video games. It could help to make Pattinson’s take on the character stand out compared to other Batman actors.

DC’s The Batman looks to be a much grittier take on the dark knight. The Arkham series had Batman fighting brutal fights, and The Batman could incorporate more elements than just the Shock Gloves.

Fans can see for themselves when The Batman releases in theaters on March 4, 2022.