ROBERT HARDMAN: As William and Kate hosted their first state occasion at Buckingham Palace… the proof the Cambridges are in charge in a world without Harry

For all the turbulence of recent months, the enduring pulling power of the monarchy is undiminished – as last night’s glimpse of a future ‘slimmed down’ House of Windsor made very clear.

Here were the Duke and Duchess of Cambridge hosting their first state occasion at Buckingham Palace on behalf of the Queen, supported by the Princess Royal and the Earl and Countess of Wessex.

Many years hence, a future King William and Queen Catherine will be greeting world leaders (some as yet unborn) to these very same rooms for an identical evening.

Last night’s reception for the UK-Africa Summit was a trial run – and they sailed through it, even without the Duke and Duchess of Sussex to lend a hand.

The Palace would not normally host a state occasion in January because the Queen does not normally return to London until February.

However, she fully understood the potential of this summit. It is in no small part thanks to all the years she has spent nurturing her beloved Commonwealth that post-Brexit Britain has a dynamic new trading network ready and waiting across much of Africa.

As President Buhari of Nigeria noted yesterday, Brexit could generate a ‘jolt of vitality’ for the entire Commonwealth.

So, given the importance of this summit to both her Government and her Commonwealth, the Queen had turned to the younger generations. 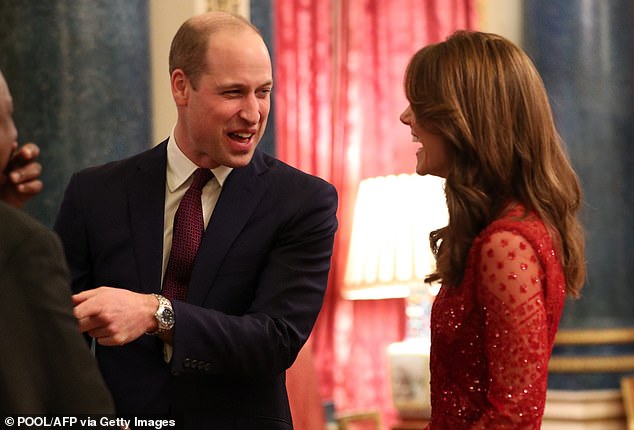 Prince William, Duke of Cambridge (L) and Catherine, Duchess of Cambridge (R) talk with guests at a reception for heads of State and Government at Buckingham Palace in London on January 20

Rather than call upon the Prince of Wales, who is about to embark on an historic tour of Israel, she decided it was time for the Duke of Cambridge to have his name on a stiff Buckingham Palace state invitation for the first time. Supported by the indefatigable Princess Royal and the Earl and Countess of Wessex (celebrating her 55th birthday), the Cambridges welcomed all the heads of state personally before a ‘team photo’ in the Throne Room.

With the formalities complete, the royal team then circulated through the White, Blue and Green Drawing Rooms and the Picture Gallery, ensuring that they all reached as many of the 200 guests as possible while the Queen’s footmen served the Queen’s Bollinger champagne and the Prince of Wales’s official harpist plucked away in a corner.

The Windsors are able to fly the flag at these events in a way that politicians cannot. Of course, it is down to ministers and officials to lead the serious business and horse-trading which determines whether trade summits like this are a success or not. 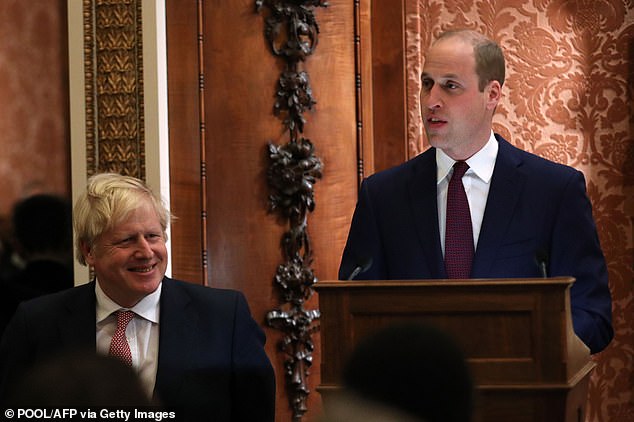 Boris Johnson looks on as Prince William, Duke of Cambridge delivers a speech at a reception for heads of State and Government at Buckingham Palace

But it is down to the Royal Family to lend charm, glamour and atmosphere.

Will African delegates return home musing on the break-out seminar on catapult financing for the creative industries?

Or will they go home talking of last night’s speech by the Duke of Cambridge in which he talked of the restorative time he and his brother spent in Africa following the death of their mother and of going ‘down on one knee’ in Kenya to propose to the slightly blushing Duchess at his side?

Royalty adds a human dimension to statecraft. It is what we expect of our monarchy.

It is just a pity that the Cambridges will be doing more and more of these events without the Sussexes in support.

Earlier yesterday, Prince Harry was at the summit conference centre in Greenwich. The event had been in his diary long before this month’s declaration of independence. 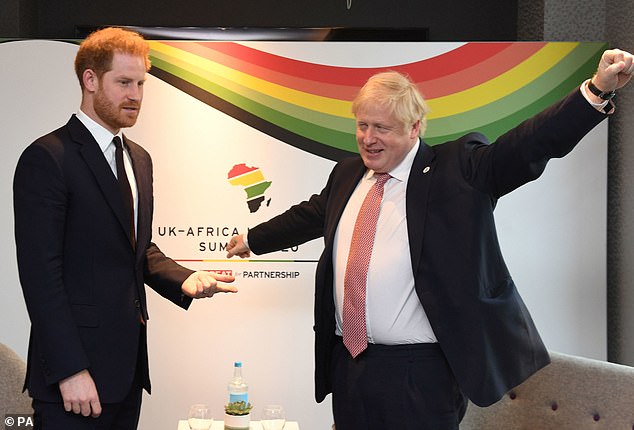 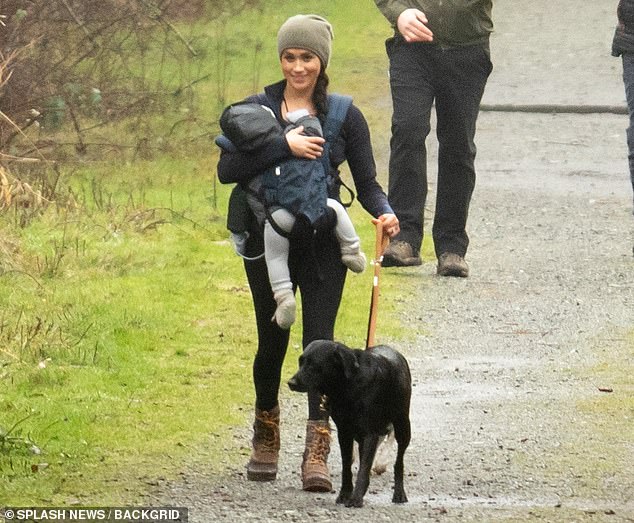 Besides, Harry has an enduring love for Africa and plans to spend a great deal of time there in future, privately promoting some of his patronages.

When the Foreign Office had asked him to take part in yesterday’s events, he had willingly agreed and so there he was, hosting bilateral meetings with the presidents of Malawi and Mozambique and with the prime minister of Morocco.

Their Excellencies all appeared delighted to meet the man of the moment, even if Harry looked rather more contemplative. Here was precisely the sort of thing he will not be doing in future.

There was also a private 20-minute chat with the host, Boris Johnson, who treated Harry to the sort of breezy informality he can look forward to as a future ex-royal. Instead of standing stiffly to attention and making small talk, as most politicians do in royal company, the PM scratched his belly, ruffled his hair and did an impression of an aeroplane.

Life outside the royal compound is going to be so very different – and not without its complications.

For a start – and as I noted on these pages yesterday – even the new titles which the couple had chosen for themselves have now been deemed inappropriate. Palace aides have acknowledged that the couple cannot be ‘Harry, Duke of Sussex’ and ‘Meghan, Duchess of Sussex’ after all because this is a form of address for divorcees. For all its constraints, life as a future King and Queen must suddenly seem so much simpler for the Cambridges.