She gets it. Garcelle Beauvais doesn’t always see eye-to-eye with Erika Jayne, but there’s one thing she understands: her costar’s relationship with her estranged husband, Tom Girardi.

“It takes a while, let me tell you,” the White House Down star, 55, exclusively told Us Weekly on Monday, May 16, at the NBCUniversal Upfronts of Erika’s admission that she still talks to her ex. “It’s not a switch you can just turn on and off because you’re no longer with them. … She was with him for a long time. So even with me, you can’t just switch off, ‘I love you today and I don’t love you tomorrow.’ It takes time.”

The Pretty Mess author, 50, revealed that she still speaks to the former lawyer, 82, from “time to time” since their split. “Of course [I take his calls],” she told Us earlier this month. “He’s not well, and so he’s in a state of decline and sometimes it’s good and sometimes [he thinks] I’m someone else. So, it’s fine.”

The Real Housewives of Beverly Hills star filed for divorce from her husband of 20 years in November 2020. Four months later, the former attorney was diagnosed with late-onset Alzheimer’s and dementia. Tom moved into a senior living facility that specializes in memory care in September 2021. 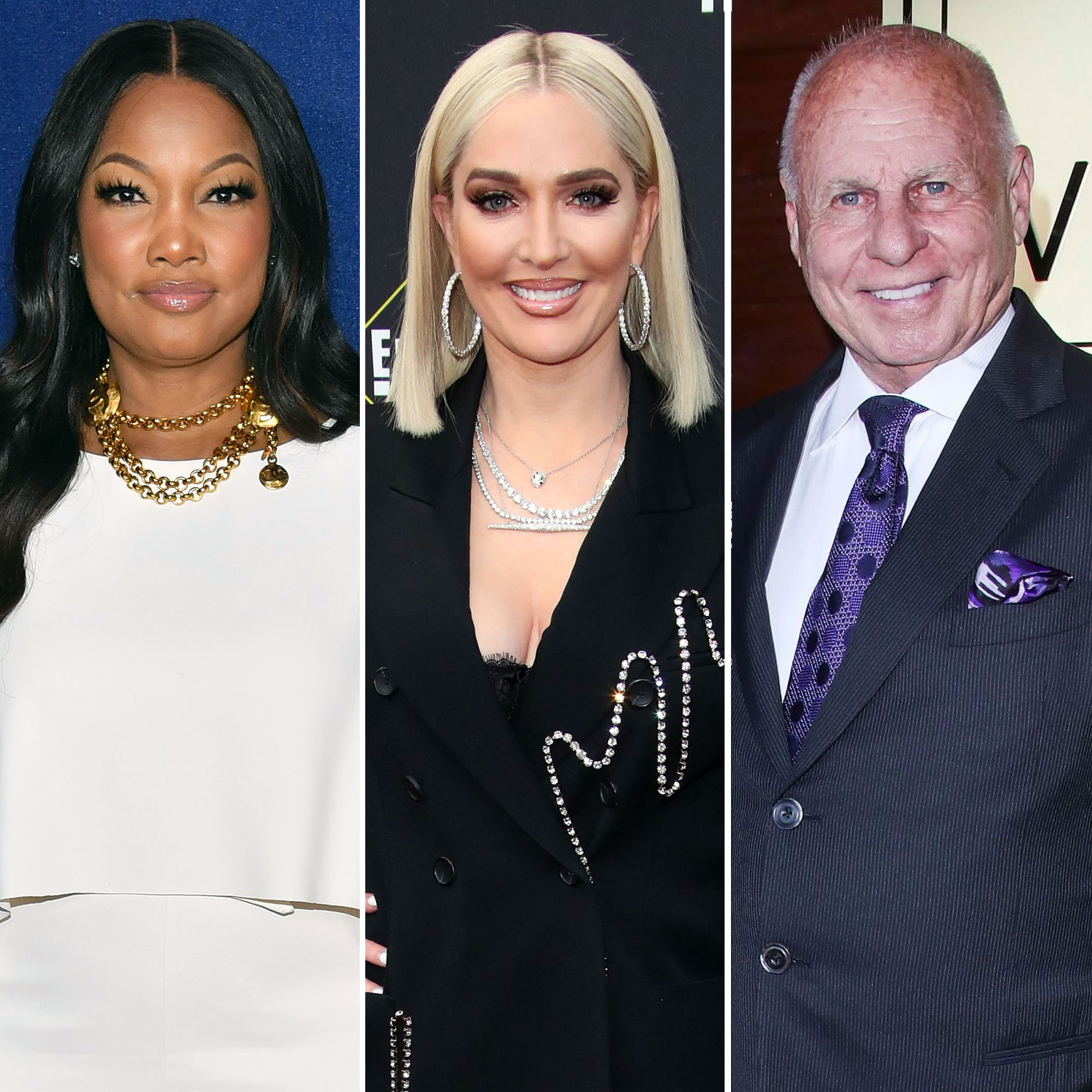 “I still am mourning that marriage,” Erika told Us ahead of the Wednesday, May 11, season premiere of RHOBH. “I think that gets lost in the sensationalized version of it all. This was someone I was married to for over 20 years and was with, like, 23 [years]. It’s difficult. There are real moments of sadness, real moments of — like when the holidays came around, you know, for Christmas, I would just remember how much fun we would have. … But what are you going to do with that? These things happen in life. They happen to everyone; everyone’s mourning something.”

‘The Real Housewives of Beverly Hills’ Season 12: Everything We Know

Though Garcelle expressed support for her costar’s continued communication with Tom, the NYPD Blue alum and the Georgia native haven’t been on the best terms lately. Earlier this year, eagle-eyed fans noticed that the former Real cohost unfollowed Erika on Instagram. After a fan account notified the Dancing With the Stars alum of the change, she replied in the comments section, “Well [let] me unfollow her back.”

Things escalated in April when the “Roller Coaster” singer threw a copy of Garcelle’s new book in the trash. An insider told Us at the time that Erika was irked when her costar promoted Love Me As I Am with a clip from season 12 of RHOBH.

In the video, the Haiti-born actress told Erika: “I don’t have to make you look bad, you can do that on your own.” For her book promo, Garcelle added a caption joking about how not preordering the memoir would also make fans look bad.

Biggest ‘Real Housewives’ Feuds Ever — And Where the Relationships Stand Today

“Garcelle attacked Erika again, so that’s why she did what she did,” the source told Us at the time. “They are still feuding. Nothing’s changed.”