The stuff of nightmares! Chaotic children’s bedrooms with toys in total disarray and VERY little carpet space compete for the title of messiest in the UK

Your bedroom should be a place of relaxation and calm, but it seems that keeping it clean and tidy is not at the top of everyone’s priority list.

Bed retailer Happy Beds searched the country high and low for the messiest bedroom via a photo competition – and have since revealed the 10 most untidy rooms.

Emma, eight, from Glasgow, was crowned the competition winner after her parents shared a shock snap of her messy bedroom, which showed her toys and bed in total disarray, and very little carpet space!

Although it was fierce competition, there were some other notable runners up… 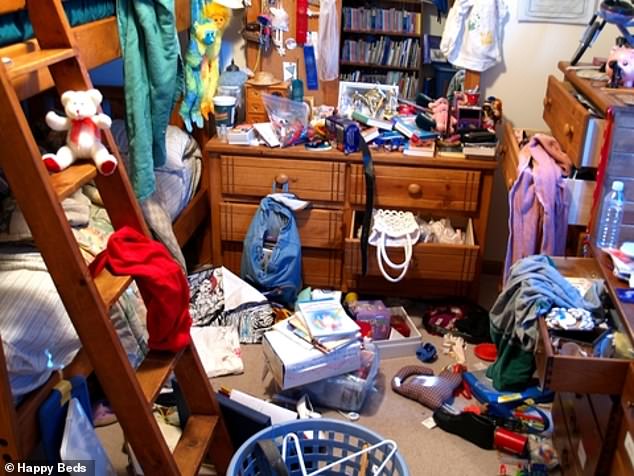 WINNER: Emily, eight, from Glasgow likes to play with her animals in what looks like a clothes jungle 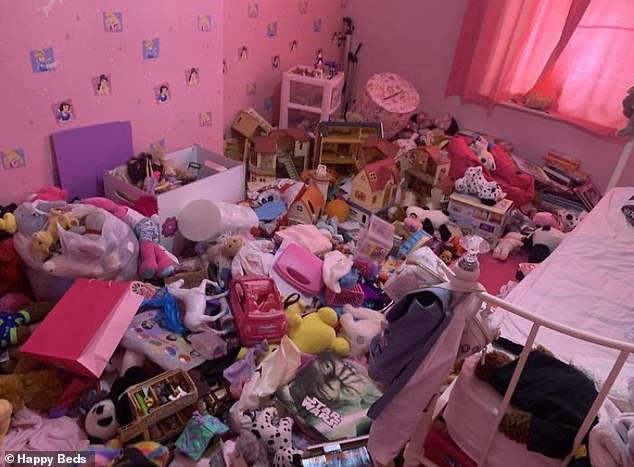 Emma, aged six, from Poole, is far too busy playing with her toys to bother with tidying 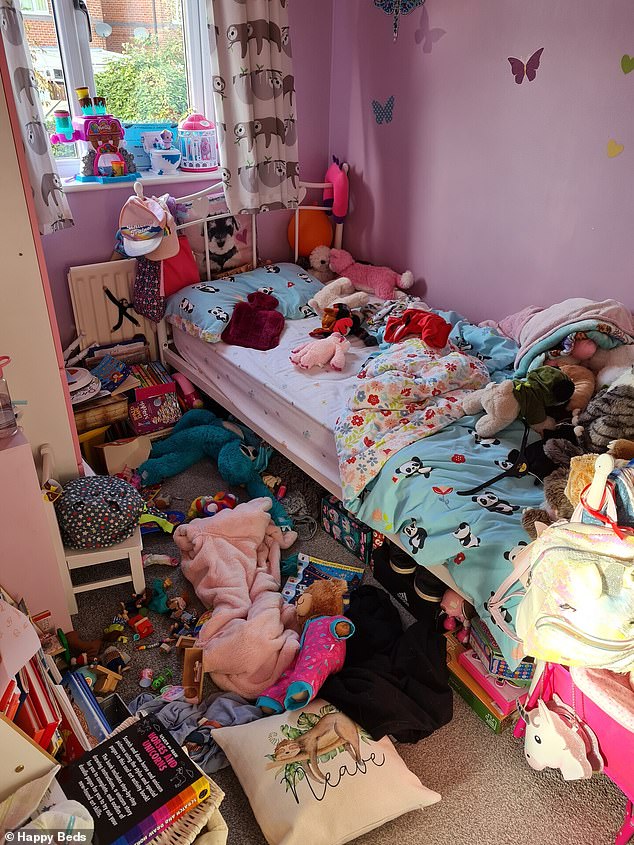 Neave didn’t get any pocket money this week and we aren’t surprised! The seven-year-old, from Telford, has turned her floor into a sea of cuddly toys 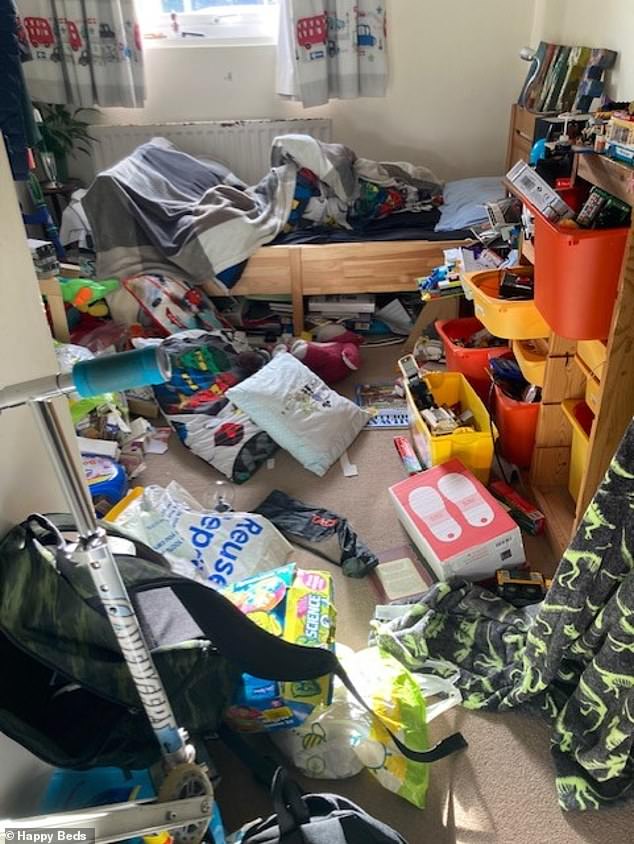 He needs more than a few storage boxes to tidy up his mess! Jamie, 10, from London, likes to use his scooter to get around the chaos in his messy bedroom 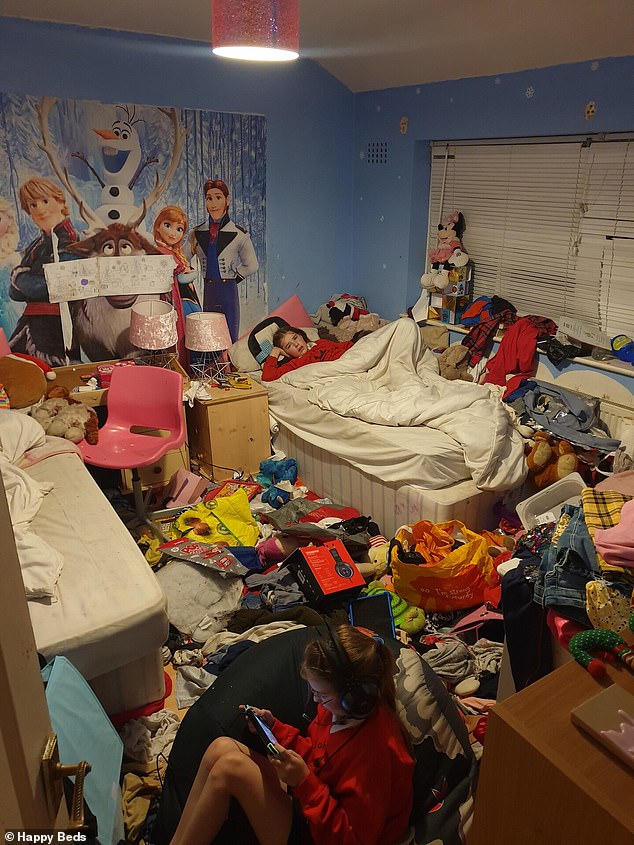 But which sister is the culprit? Lillie, 10, from London, can’t even see her sister through all the mess 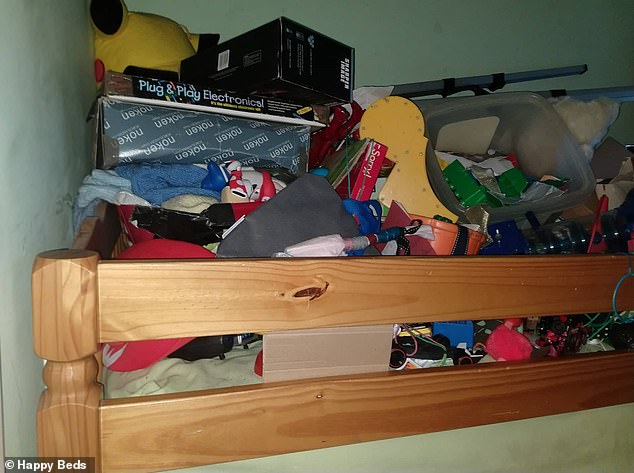 We see you, giant Pikachu! Zachary, 11, from Hatfield, uses his top bunk as a place to store all of his toys 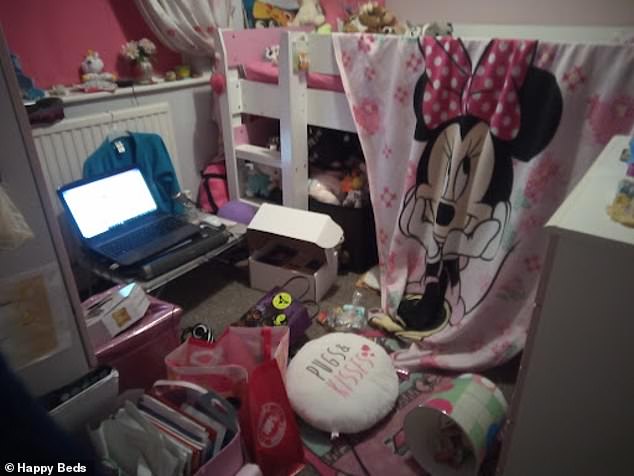 At least Minnie looks happy to be there! Olivia’s 10-year-old daughter, who lives in Wigan, loves pink so much it’s everywhere! 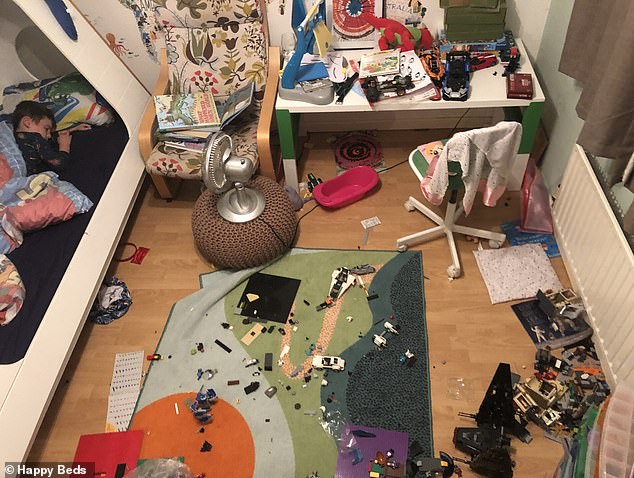 We can just imagine how it feels to stand on that Lego…ouch! Eight-year-old Jasper, from Cardiff, sleeps soundly in his tip of a bedroom 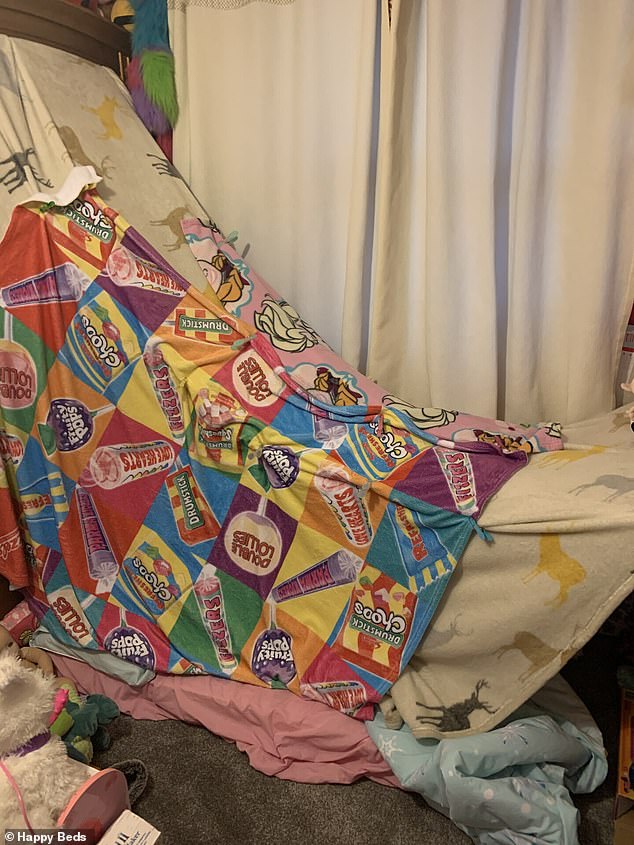 Our backs are hurting just looking at this one! Darcy May, aged 7, from Reading, has created her own bed made out of blankets and toys 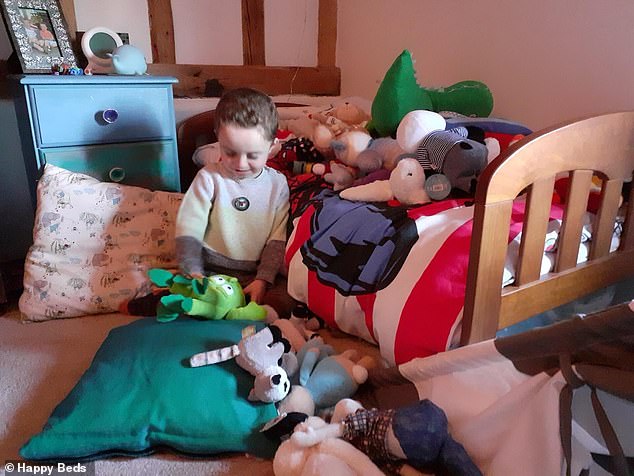 At least the toys will be getting a good night’s kip! Three-yea-old Dylan, from Suffolk, has been so kind to donate his bed to his cuddly toy collection