Canal Rd Film Centre sits on a sliver of industrial space in Sydney's inner suburbs that is the home to wig makers, gaffers, prop builders and set modellers.

Aquaman, Alien, Hacksaw Ridge, The Great Gatsby, Australia, Pirates of Caribbean, The Hobbit, King Kong, The Water Diviner and Mao’s Last Dancer, all owe something to the talents of its tenants. A new Channel 7 drama Between Two Worlds is being filmed on the site of the former public works depot, now bordering a cycleway and suburban dog park. 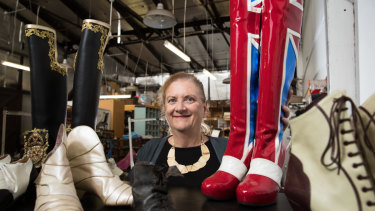 Bespoke shoe maker, Jodie Morrison, in her business, ‘Stepping Out’ in Leichhardt, Sydney, has designed many shoes for film, and theatre. Credit:Janie Barrett

But the future of this creative hub is uncertain – the tenants have no entitlement to permanent occupancy over the government-owned site, the option on the original lease having run out in June 2016.

"The NSW Government will continue to lease the site on a month-to-month agreement until the future of the site is determined," says a spokesperson for Property NSW.

John Weston, the general manager of the Canal Rd Film Centre, says that means tenants could be evicted with one month's notice. The centre has been trying to negotiate a new lease since 2016. 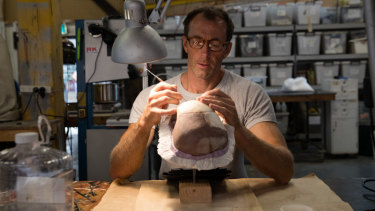 Meanwhile, the Inner West Council is trying to protect the Canal Rd Film Centre and four other creative precincts through local planning laws.

The council describes the five precincts as "endangered species", hubs that grew around disused industrial sites on the city's fringes, but are vulnerable to redevelopment as industrial land is gobbled up for residential high rise and medium density living.

The amalgamated council, which incorporates the former Leichhardt, Marrickville and Ashfield councils, is drafting a new Local Environmental Plan to recognise the precincts as important employment lands and vital cultural precincts.

The council has committed $1 million over two years to a new cultural strategy intended to draw attention to the power, potential, and vulnerability of creative businesses within the inner city.

The first of five planned "activations" under the strategy is EDGE GreenWay, a community celebration spotlighting the cultural "ecosystem" in Lilyfield. In April a creative trail of studios and galleries will showcase the works of photographers, artists, and textile and printmakers north of Parramatta Rd and Leichhardt Town hall will be turned over to artists for experimental works.

"Arts-based businesses have grown organically in the inner west but that ecosystem is increasingly endangered by a lack of affordable premises," Mayor Darcy Byrne says.

"Privately owned employment lands like Lords Road are threatened by developer-initiated rezonings and creative enterprises on government land at places like Canal Road often don’t have security of tenure."

Jodie Morrison is a bespoke shoemaker who has shod Hugh Jackson, Nicole Kidman and the cast of Harry Potter and the Cursed Child in Melbourne and London.

"I've been here 12 years very, very happily because we can use our machines without noise complaints and it's such a collegiate spot," Morrison says. "Somebody will come for fittings, say Billy Elliot is upcoming, they will be at the wig maker, then they will come in here. It's really good being amongst like-minded people."

Morrison is a sub-tenant of the Canal Rd Film Centre, which was given an initial five-year lease on the site in 2001 by then premier Bob Carr.  Weston says it has a charter to support the makers of middle to lower budget Australian films and television and multimedia productions.

The Canal Road Film Centre has grown to become the largest specialised film and television production collective in Australia, its businesses employing more than 500 technicians at any given time, Weston says.

Next door to the film centre is 91 Canal Rd, a mish-mash of buildings that have been repurposed for multiple use, such as storage for the Art Gallery of NSW, workshops, and storage for the Sydney Theatre Company.

It is also home to Legs on the Wall, a physical theatre company that will close Saturday's celebration with gravity-defying performance, free to the public. 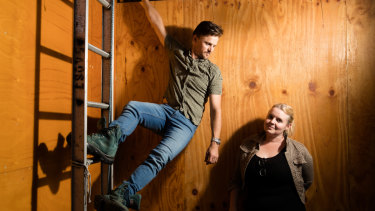 Leg's producer Cecily Hardy says she would like to see a refreshed vision for the site.

A City of Sydney study found that creatives were increasingly being pushed out of the city precincts, and what spaces had been revived were mainly retail or "presentational".

The accommodation crisis was particularly acute for the behind the scenes film, television and theatre makers working in steel fabrication, Special FX, props, and catering.