Two Republic Airways flight crew members have been fired after they were filmed fighting on a jet bridge during a layover in Denver.

The video, first obtained by FlyerTalk, seemingly shows a lover's quarrel, according to DailyMail. But the brutal scene from September, shortly after a Republic Airways flight landed at Denver International Airport, is everything but loving.

In the video, a male pilot is seen charging toward a female colleague, alleged to be his ex-girlfriend, while on the jet bridge. The DailyMail reported the pilot apparently spit at the woman. In response, the woman slapped him in the face to which the pilot then threw two brutal punches her way: one to her face and another to her stomach.

Then the video cuts off.

Now, the widely circulated footage is at the center of a police investigation. The employees, identified as William Thomas, 36, and Marisha Sporer, 29, are charged with assault and disturbing the peace. 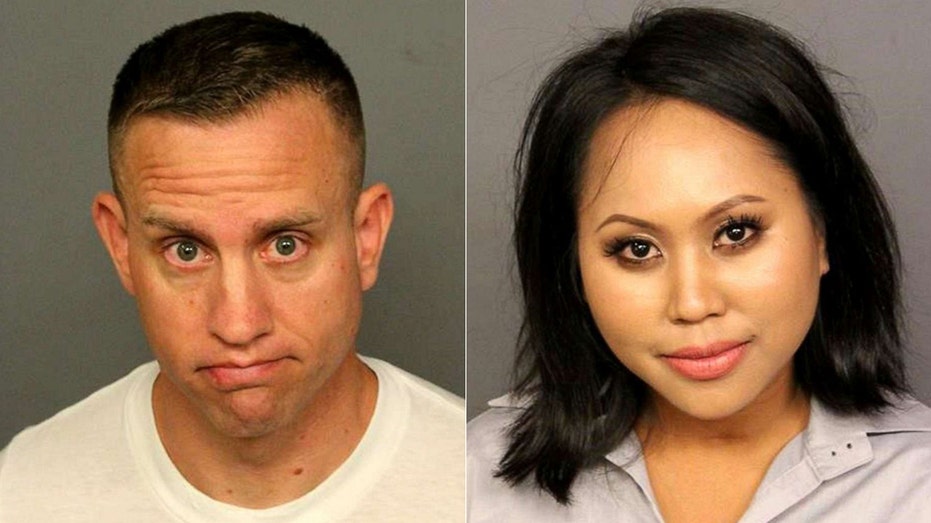 A spokesperson for Republic Airways told FOX Business it is investigating the matter.

"We are aware of a situation that occurred last month involving two of our employees. We investigated this matter and took appropriate action consistent with our belief that such behavior is unacceptable. These individuals are no longer employed at Republic.”

According to DailyMail, the two have been in a romantic relationship since November but split up in an argument over something Sporer saw on Thomas' cellphone.

According to an affidavit obtained by DailyMail, after the split, Sporer went to the gate while Thomas went to the cockpit. But that's when Sporer became angry and went back to confront Thomas.

According to the airline, following the fight, crewmembers were removed from operating that flight which was delayed until the next morning.

They are scheduled to appear in court next week.