Renters are divided over apartment building sign that limits the time tenants can use the laundry room – but is it fair enough?

A sign erected at a laundromat restricting people from using the facilities at night and early in the morning has caused a stir among Australian renters.

A woman from New South Wales shared the sign, stating residents could not use the washers or dryers between 10pm and 9am the following day, that was placed in the laundry at her apartment building to a popular renter’s Facebook group.

‘Please operate all machines (washing machine and dryer) between the hours 9am to 10pm 7 days a week,’ the sign read. 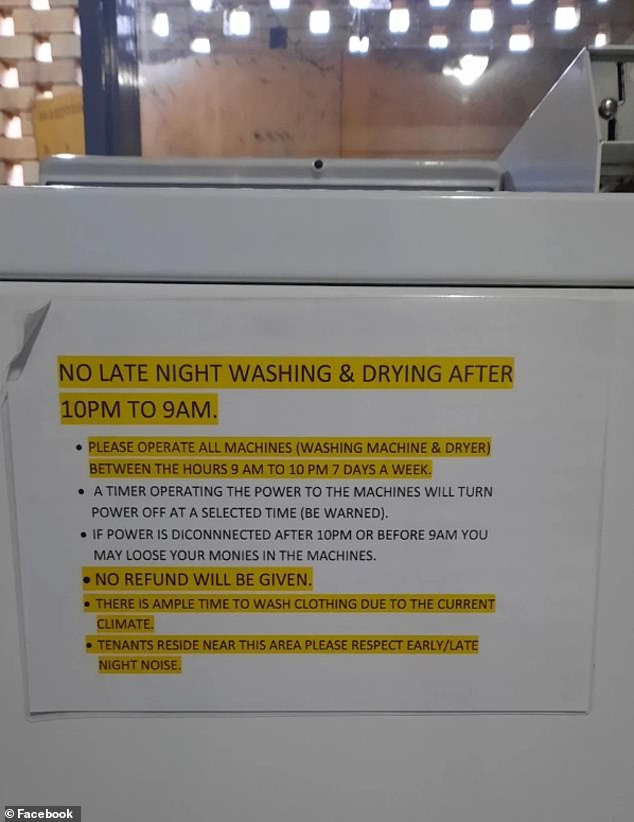 ‘A timer operating the power to the machines will turn power off at a selected time (be warned).’

It said if the power is disconnected after 10pm and before 9am residents may lose their money in machines and no refund will be given.

‘There is ample time to wash clothing due to the current climate,’ it continued. 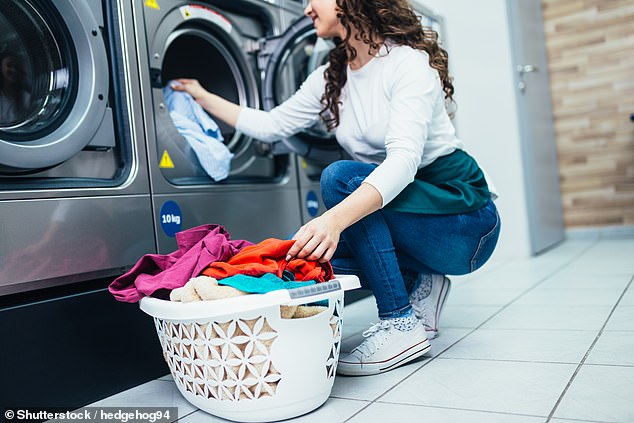 While the tenant shared the notice online because she thought 9am wasn’t early enough, others thought the restrictions were out of line

While the tenant was fine with the new rules she shared the notice online because she thought 9am wasn’t early enough, others thought the restrictions were out of line altogether.

Do you think the laundry’s rules are fair?

Do you think the laundry’s rules are fair?

‘I think it’s ridiculous,’ one person wrote while another agreed: ‘Those commercial machines don’t make much noise, I can’t imagine it being an issue’.

A third said the timeframe may be ‘problematic’ for people who start work at 9am and need to dry their uniform or those who work nights.

Others had no qualms about the building’s new regulations with one saying the 10pm end time was ‘generous’.

‘If there are other people around, then I think that is perfectly fine,’ a renter commented.

‘It’s a communal area, they have given plenty of time to do the washing during the days, every day,’ said another.