Rebecca Adlington has revealed she is still targeted by vile trolls over a decade since winning Olympic gold – and it stops her going to events because she can’t stand the abuse.

The former champion swimmer, 30, from Mansfield, who was victorious in the 400m and 800m freestyle events at Beijing in 2008, admitted she suffered ‘debilitating’ panic attacks when her mental health deteriorated after retiring from the sport in 2013.

She said she often felt ‘on edge’ during public appearances and ‘questioned everything’ as a result of the nasty comments she received online, predominantly about her weight.

Trolls even tarnished the day she received her OBE from the Queen in 2009, with some people commenting she was ‘too fat’ for the dress she wore. 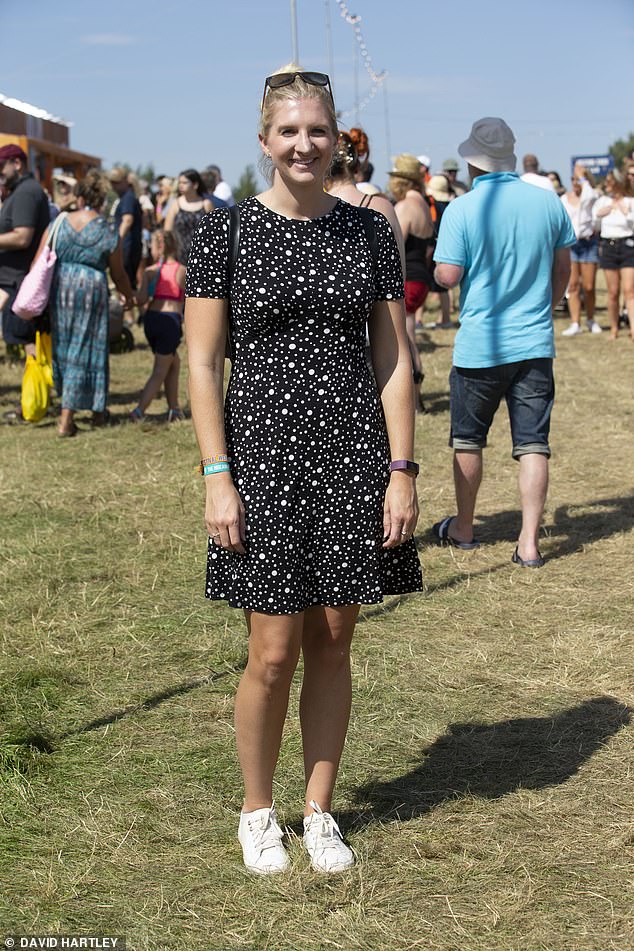 As a result, her mental health deteriorated and she began experiencing ‘debilitating’ panic attacks, eventually leading to her starting therapy in January last year.

Speaking to Huff Post, the mother-of-one said it was the trolling side of her fame that affected her the most.

‘I was a teenage girl, and I had insecurities about my body and the way that I looked, but it just heightened everything,’ she admitted.

‘It started to become a thing where every day, I was going into my wardrobe, trying to pick an outfit and thinking, “Is this going to make me look fat?” It made me question everything.’ 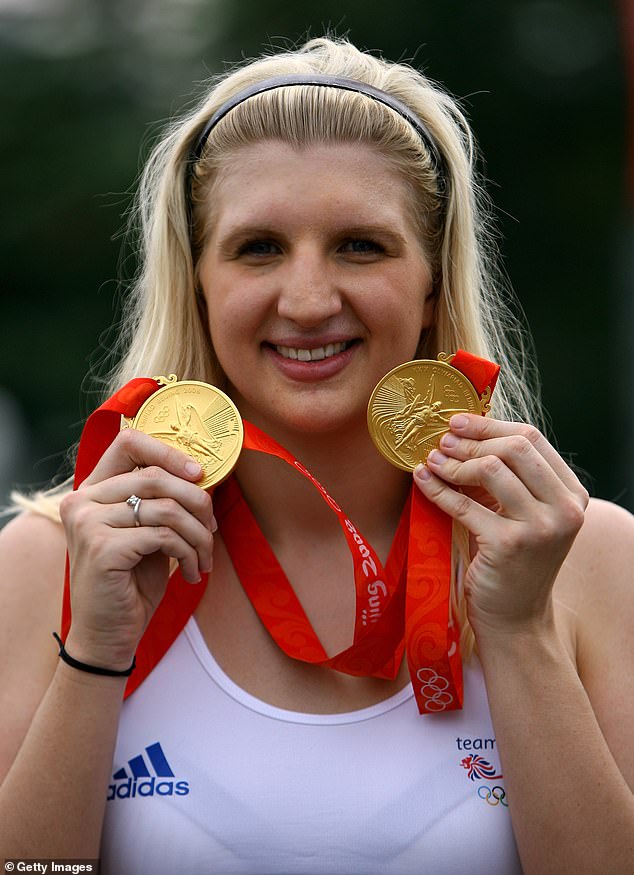 The former champion swimmer, 30, who was victorious in the 400m and 800m freestyle events at Beijing in 2008 (pictured), admitted she suffered ‘debilitating’ panic attacks when her mental health deteriorated after retiring from the sport in 2013

Rebecca told how she began to feel wary when out in public, plagued by paranoia about ‘what was going to be said the next day’.

On the day she met the Queen to receive her OBE – something she ‘should have been so proud of’ – Rebecca said seeing comments from people afterwards saying she was ‘too fat to wear that dress’ spoiled ‘such a brilliant day’.

She added that she only goes to two award shows a year now, explaining: ‘I don’t want to have a load of comments where people say, “You look fat in that”. It’s made me not want to go to things, because I just don’t feel comfortable.’

Having seen a sports psychologist regularly during her career, Rebecca said she struggled without that support after retiring and began experiencing scary panic attacks. 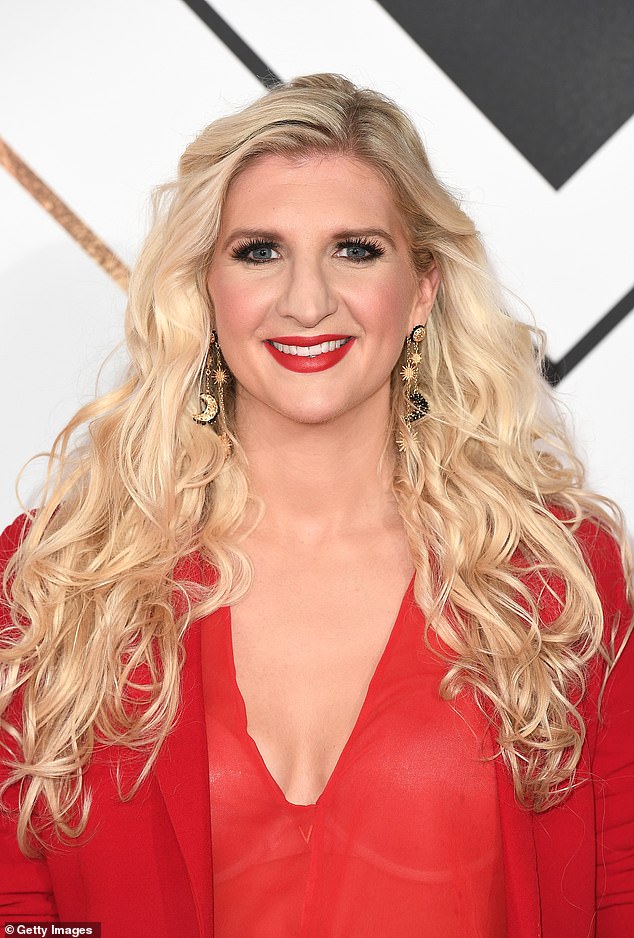 Rebecca told how she began to feel wary when out in public, plagued by paranoia about ‘what was going to be said the next day’

‘Physically I would feel quite breathless, and I was in floods of tears but couldn’t calm down,’ she told the publication.

‘I was dead shaky, I would have to sit down, I would feel like I was about to pass out. But the biggest thing for me was the feeling that I couldn’t control it – almost like you’re drunk, in a way. You can’t stop it once it’s gone too far.’ 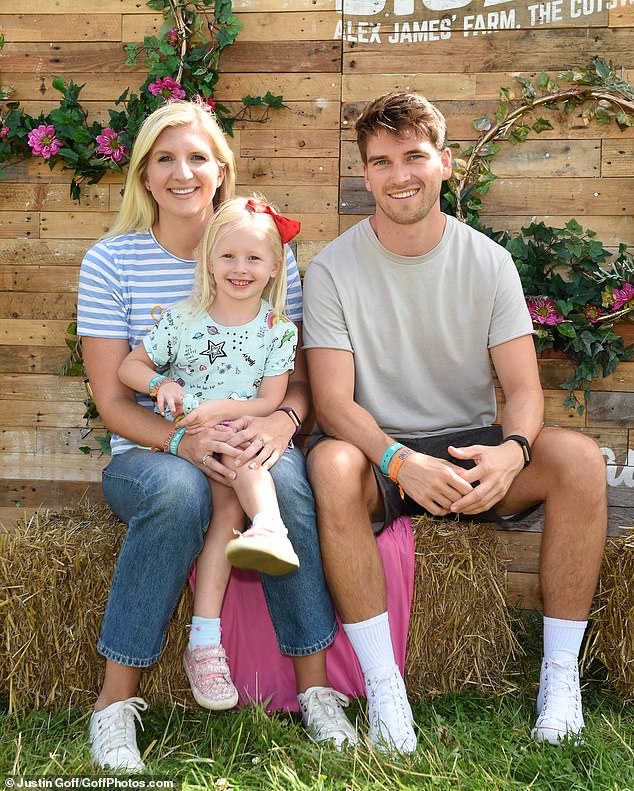 She stopped therapy in summer and said she is now in a much better place.

Rebecca added that becoming a mother gave her body confidence a boost, and she now refuses to entertain the ‘pettiness’ of nasty remarks.

She welcomed daughter Summer in 2015 but split from her husband, former swimmer Harry Needs, in March 2016. She is currently dating property manager Andrew Parsons.

Rebecca said: ‘I think the human body is amazing, it’s given me a baby. I see it in a completely different way.’