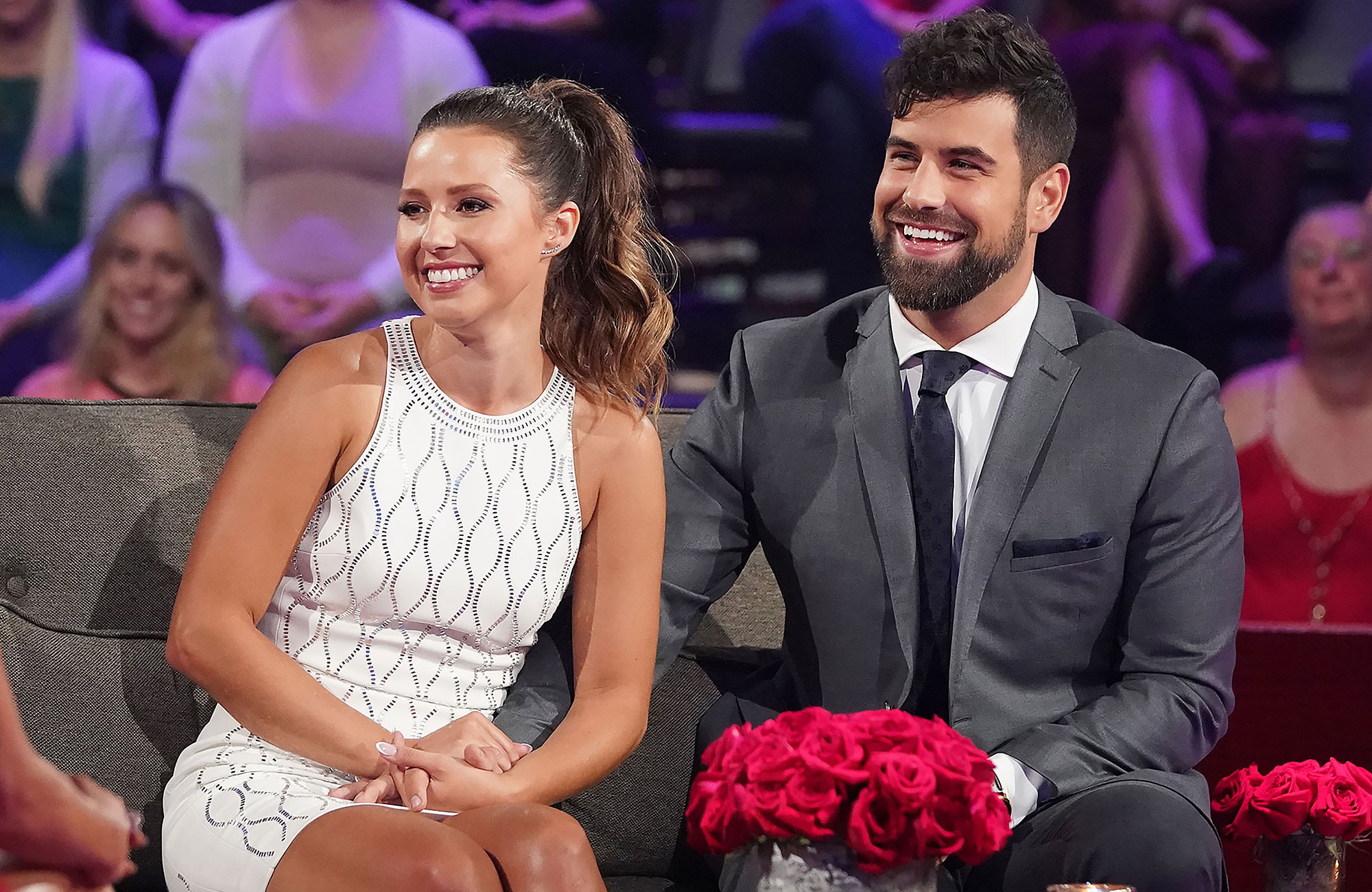 War of the in-laws! Blake Moynes’ mom, Emily Moynes, made light of her son’s tense first meeting with his fiancée Katie Thurston’s family on The Bachelorette.

The matriarch posted a photo of herself via Instagram on Wednesday, September 1, wearing pink boxing gloves. “Only 6 weeks till Canadian Thanksgiving… #auntlindsey,” she captioned the pic.

Thurston, 30, got along well with Blake’s family during season 17’s hometown dates. However, he failed to impress her Aunt Lindsey when he met her during the August finale. The couple got engaged later in the episode anyway, but the former bank marketing manager revealed that she did not tell her loved ones she got engaged to the Canada native. Instead, they found out when the conclusion to her journey aired.

The wildlife manager, 31, reflected on his introduction to the Bachelor alum’s aunt in August. “I can laugh at it now. … It was a very intimidating moment. It was hard to navigate it,” he exclusively told Us Weekly. “I’m excited to see her, and, you know, have a drink and talk and laugh about it. She just wanted the best for Katie. And so, she went about that in her own way, and she didn’t get the answer she wanted clearly, but hopefully, we’re OK now moving forward.”

Thurston chimed in that if Blake “wasn’t going to be able to survive Aunt Lindsey, he was not going to fit with my family.”

“Not that she’s always like that, but she’s the hardest part of it,” the former Bachelorette added. “And if he could get through that, he can get through the rest of my family.”

Thurston hinted that there was no backlash from keeping her engagement a secret from her family. “Yes, they did find out as it was airing and I’ve already received texts,” she said. “Everyone’s very supportive and excited and they can’t wait to meet him. And I just know he’s going to fit in seamlessly.”

The Washington native later shared screenshots from her family group chat via Twitter. “I legit feel like I owe this kid an apology,” Lindsey wrote. “Did I f–k him up so bad you had to take him to an energy healer.”

Another relative replied that “out of all the guys he seemed like the one who could handle our family.”

Thurston and Blake are now figuring out the logistics of a long-distance engagement as he continues to live in Canada and she stays in the U.S.

“We need to see each other’s lifestyles and our passions, our interests, and then try to see where our anchor spot will be, where all those things can kind of align and make sense for both of us,” he told Us last month. “We’re going to jump around for a bit and experience what works best for us.”