Sonja Morgan manages to drink wine through her face mask

Ramona Singer says she still has her apple.

The “Real Housewives of New York” star shot down recent rumors that Bravo is giving her the boot for future seasons.

“nope,” Singer responded to a fan who pointedly asked her on Instagram Wednesday, “Did you get fired? Fans wanna know?”

As reports claimed that a cast shakeup was imminent moving forward, Page Six reported yesterday that the current Season 13 reunion taping had been pushed back from Aug. 5 until at least September amid a decline in ratings. Filming on the next season, meanwhile, is being delayed until early 2022, which is months behind schedule, according to the Daily Mail.

Singer, 64, has been on the show since its inception in 2008. Fellow “O.G.” Luann de Lesseps, longtime cast member Sonja Morgan, second-season star Leah McSweeney and newbie Eboni K. Williams round out the cast this season. 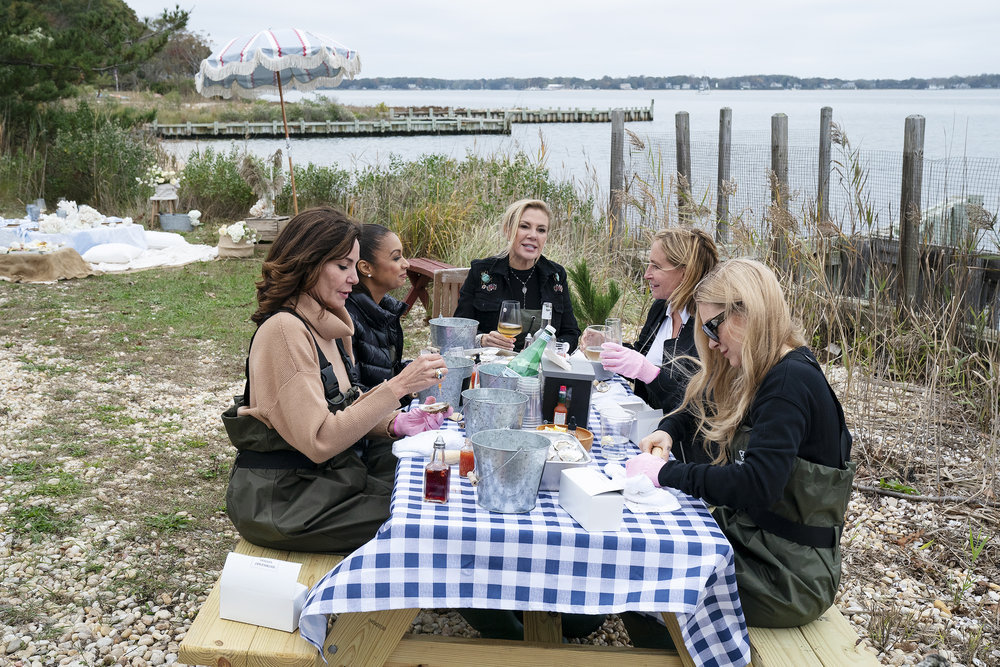 Singer’s plot lines this season have often involved Williams, the show’s first black cast member, as they got into heated discussions about race and politics — leaving some fans on social media uninterested in this year’s drama.

“Leah and Eboni are not a good fit for this show. #Rhony used to be my favorite franchise. Now all they do is bickering and talking about race. It sucks. I miss the old days with Bethenny or Carol or even f***ing Jill Zarin…,” one fan tweeted recently.

A source close to production told us earlier this week that casting decisions for Season 14 have not yet been made.

“These are all rumors and there’s no discussion about next season — which hasn’t even been announced — yet,” the source said.

Meanwhile, after Singer declared that hadn’t been canned, several fans showed their relief.

“Thank God!! Love you Ramona!!! ❤️❤️❤️,” one fan tweeted in the comments of her Singer’s original Instagram post. “Real fans know there is no way that will happen! You are the best!❤️.”

“Good! You make the show so fun!♥️,” another wrote.

But some said it’s time for Singer to hang up her hat, with one person quipping that it’d be a “bummer” if she returned.

“I’m tired of seeing her not change one single bit in all the years!” another person wrote.