QUENTIN LETTS: Theresa May looked chipper in the Commons… more than she has for many a day

You can call bummalo ‘Bombay Duck’ but it is still fishy.

You can stick a Volvo grille on a rubber-banded Daf but it still whirrs like a sewing machine and the public won’t buy it.

Theresa May, defying these lessons, brought her draft EU departure plans to the Commons with their latest modifications at 3pm yesterday. 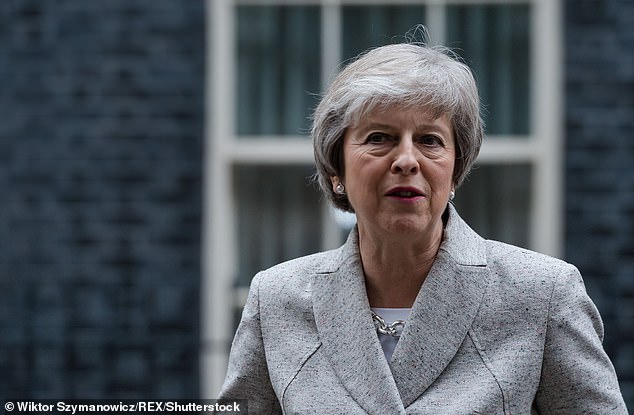 The House proved little more eager than before. On the Tory benches there were long faces.

Heads were shaken. Sir Bill Cash (Con, Stone) pushed out his cheeks and blew. Sorry, chef, but this dish of the day just ain’t shifting.

The Prime Minister, it must be said, looked chipper – more so than for many a day. At 12.45pm she had stepped out of the front door of Downing Street with an almost impertinent sashay and spoken to the nation in time for the lunchtime news bulletins. 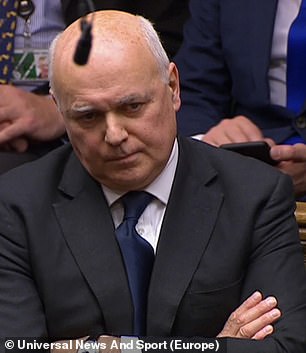 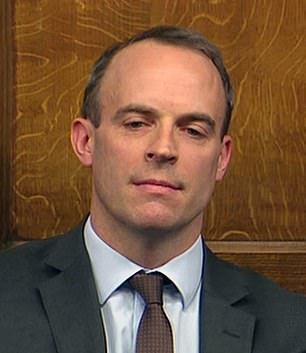 Ian Duncan Smith, left, and the former Brexit secretary Dominic Raab , right. On the Tory benches there were long faces

She had opted for a coutoured, grey look, her fringe picking up the TV lights as she recited a longish statement from memory. As an act of performance, it wasn’t too bad.

The idea of that TV turn was to try to set the image of the day and ensure she was not simply depicted as a prisoner of the Commons. She was appealing to the country over and around the parliamentarians.

The new document giving rise to yesterday’s flurry was the full political declaration on our future trading relationship with the EU once transition is over. A few days ago this declaration was seven pages. 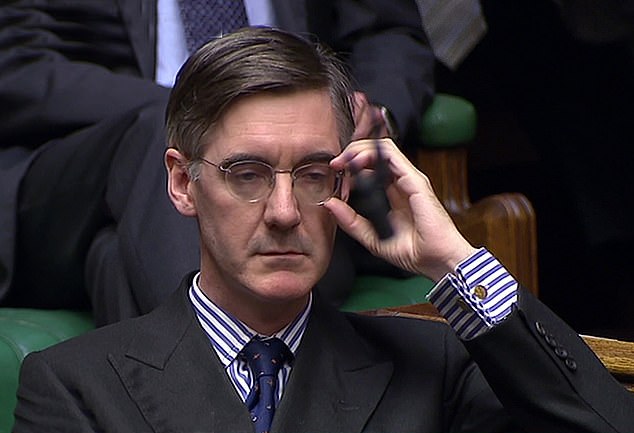 Now – abracadabra – it was 26 pages and contained a few fresh phrases. The one she was most proud of – and duly flourished – was its mention that Britain could have ‘an independent trade policy’.

Jeremy Corbyn had fun with the airiness of the document’s language but then he made the mistake of using the expression ‘this is waffle’.

Never say that in the Commons. The House will simply roar ‘YES!’ (believing that ‘this is waffle’ describes perfectly what you yourself are saying). Poor Mr Corbyn struggled to command the Chamber after that.

At one point he spoke of ‘section 107 of the document’. Given that he recently admitted he had not read the draft withdrawal agreement, the Tory benches ‘ooohed’ with mockery. Slow reader Jeremy had reached section 107? Gold star. 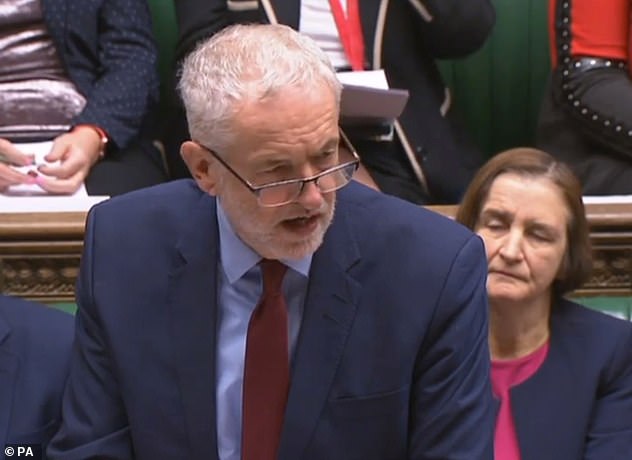 Jeremy Corbyn speaks to the House over the Brexit agreement. He had fun with the airiness of the document’s language but then he made the mistake of using the expression ‘this is waffle’

Mr Corbyn bellowed about how the document did not meet Labour’s ‘six tests’ for a proper Brexit. With that he resumed his seat and Sir Nicholas Soames (Con, Mid Sussex) practically burped out the despairing verdict ‘my God!’

Mrs May proceeded to run through those ‘six tests’ of Labour, asking, with each one, if it was met. ‘Yes!’ cried a few of the tamer Tories. ‘NOOOOO!’ came the rather louder volley from Labour MPs. 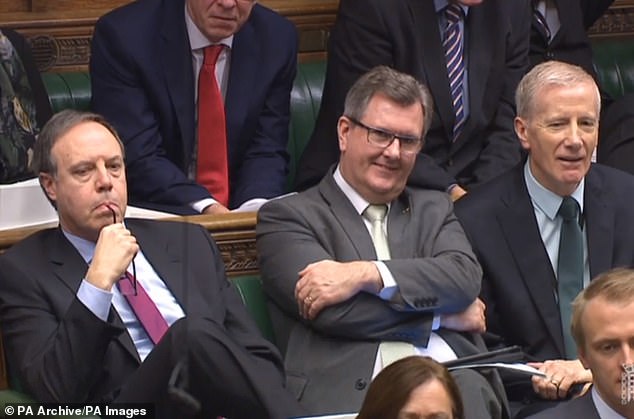 Time and again they said Mrs May should remove the stuff about the Northern Irish backstop from her deal.

From Democratic Unionist Sir Jeffrey Donaldson: ‘We need to see an end of the backstop.’ Mrs May’s replies were as long and tangled as spaghetti.

Blairites showed they, too, could synchronise soundbites. Chuka Umunna (Lab, Streatham) said it was ‘a charter for years of uncertainty’. Ben Bradshaw (Lab, Exeter) predicted ‘years and years of more uncertainty’. Headmaaster, I do believe certain boys have been copying one another.

Dominic Raab, on his first appearance since quitting the Cabinet, reached the ‘regrettable but inescapable’ conclusion was that the PM had given away more powers than we were regaining via Brexit. Steve Baker (Con, High Wycombe) asked: ‘What other country would submit to these kind of agreements?’

The Tory Whips have work to do.