MPs manspread their thighs to hide the gaps: QUENTIN LETTS on how Theresa May’s repetitive messages on Brexit are losing her audience …even at PMQs

Near the end of PMQs we had a down-the-chimney bomblet from Julian Lewis (Con, New Forest E). With two sentences he flattened the bogus problem of this ‘Irish hard border’ which keeps being raised by Brussels and Whitehall as the reason we must capitulate and effectively stay in the EU.

Mr Lewis’s question in full: ‘The next time shroud-waving EU negotiators claim a hard border is necessary, will the Prime Minister kindly ask them who would actually construct it? The Irish certainly will not and the British certainly will not, so unless the EU army plans to march in and build it, it surely can never happen.’ Laughter from Eurosceptics. A twitch of irritation from Philip Hammond.

Mrs May’s answer was unmarbled by joviality. Click went the telephone answering machine button and out came the lifeless message: ‘We are all working to ensure there will be no hard border…’ She really is remarkably stodgy. Mrs Gromyko. Her answer was so grim, you might almost think she WANTED the Irish border to be a problem. 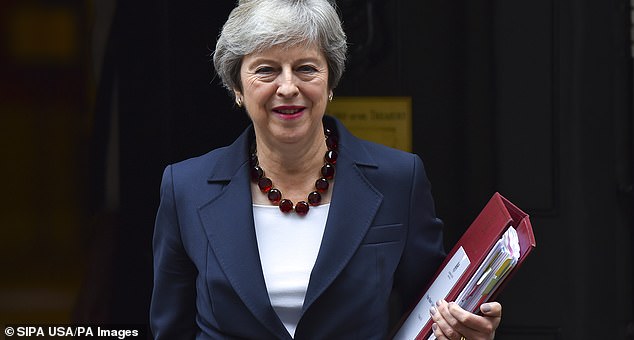 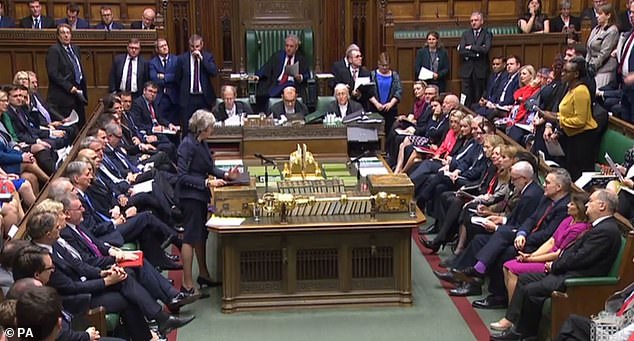 The Conservative benches were not full. In past eras, PMQs packed the Chamber. Many Tory MPs now stay away rather than be caught on camera yawning or stabbing their fingers in their eyeballs to distract from the pain of listening to their leader.

The same sort of thing went on at the recent Tory party conference where the main hall was frequently near-empty. Government Whips had resorted to an old ruse of West End theatre producers on gala nights – ie they ‘dressed the House’. In the theatre this means giving free tickets to friends so that the auditorium is crowded, giving an impression of popular success. At Westminster, ‘dressing the house’ means littering the backbenches with ministers. Plug the gaps!

On the Tory backbenches yesterday sat numerous frontbenchers: Nigel Adams, Margot James, Sarah Newton, Shailesh Vara, Robert Jenrick, ‘Sir’ Michael Ellis (not really knighted but it can only be a matter of time, so grandiloquent is he), Stephen Barclay, Robert Buckland and Nurse Milton, the former bed-pan orderly from Guildford. Other MPs manspread their thighs to take up more room and hide the bad box-office. 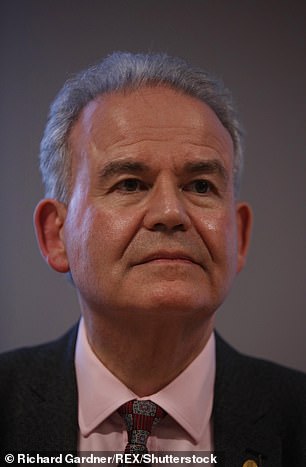 Things had opened with an unexpectedly truculent question from Sheryll Murray (Con, SE Cornwall), normally a sunny soul. She wanted the Government to publish ‘in full all its EU exit modelling’. Translation: we don’t trust the Treasury and Downing Street officials any more.

Jeremy Corbyn was on sprightly form, mentioning Mr Hammond’s latest sabotage job on Brexit (putting it round that we will still have to pay more than £30billion to Brussels even with no deal). When Mr Corbyn made a little gag about this, Mrs May was unamused but Mr Hammond laughed. Mocking his own PM while sitting right next to her? You wouldn’t want to go up in a training aircraft with that man. He’d activate your ejector seat.

Beside him, International Aid Secretary Penny Mordaunt, who is one of the Cabinet Brexiteers aghast at Downing Street’s performance, flicked a ballpoint pen repeatedly in the talons of her right hand. Mrs May rallied with her final answer to Mr Corbyn. 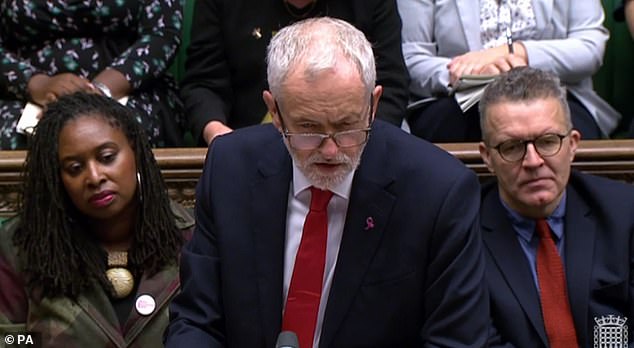 Jeremy Corbyn, pictured, was on sprightly form today mentioning Philip Hammond’s latest sabotage job on Brexit by claiming Britain would still have to pay £30bn in the event of no deal

She had the gumption to remember that the latest employment figures were excellent and she found a rallying cry that had her benches cheering.

Finally, we saw a champion toppled. Alan Mak (Con, Havant) has for some time been the House’s most assiduous bootlicker, a man whose sycophancy has astonished and thrilled. Yesterday he had a question and settled for welcoming extra money for the NHS and hoping it would be spent on medical technology.

Helpful but low-key. It was not a patch on some Dyson-standard suction from Simon Hoare (Con, N Dorset), who went into prolonged rapture, and nearly rupture, about the jobs figures. What an aria. His crawling was worthy of a centipede. North Dorset may (or may not) be proud of him.