Queen Elizabeth II, 94, and Prince Charles’s, 72, relationship is one defined by royal duty. Charles is heir to the throne and it has been the Queen’s job to help prepare him for his future role as king. While this formality usually creeps into photos of them together, the Queen and Charles seemed “relaxed” and “displayed fondness” towards one another in two new pictures.

The photos of Prince Charles and the Queen were taken on the spur of the moment following a walk in the grounds at Frogmore House on March 23.

They were released by the Palace on Good Friday as a way of marking Easter with the public.

Body language expert and author Judi James analysed more traditional photos of Charles and the Queen and compared them with the recent snaps, explaining why they are so special.

Referring to the pictures released on Good Friday, Judi said: “Despite the social distancing of the current Easter photos of the Queen with her son Charles, there is an air of relaxation from the Queen in one of them as she appears to enjoy his company openly.” 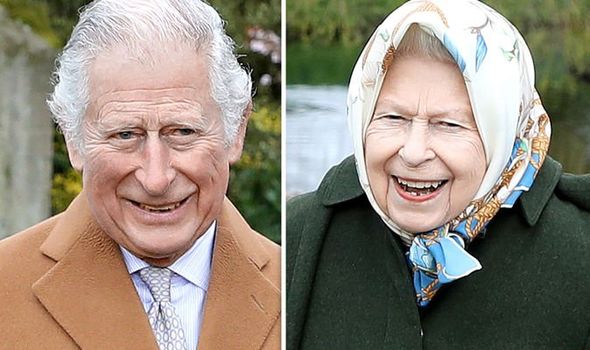 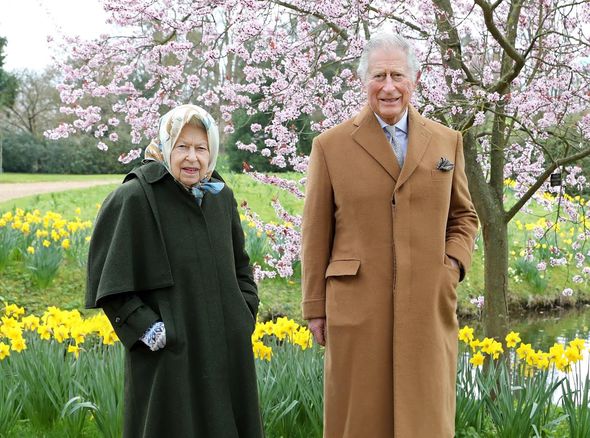 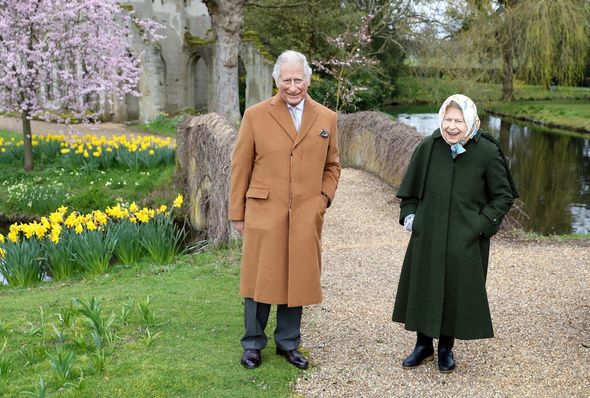 Judi added: “This is a look that has been missing over the years.”

According to Judi, Charles’s position as heair apparent means his relationship with the Queen is “more professional.”

She said: “Archived photos of the Queen and Charles show him growing into a more professional-looking relationship with ‘The Boss’ than the rest of the family.”

The “openly-displayed fondness” Charles and the Queen show one another in the new photos is rare, Judi claimed.

She said: “There are very few moments of openly-displayed fondness from either of them, which is why when Charles has referred to HM as ‘Mummy’ in a couple of his speeches everyone has looked rather surprised, including the Queen herself.”

Judi analysed three archive pictures of the Queen and Prince Charles together over the years and shared her insights, 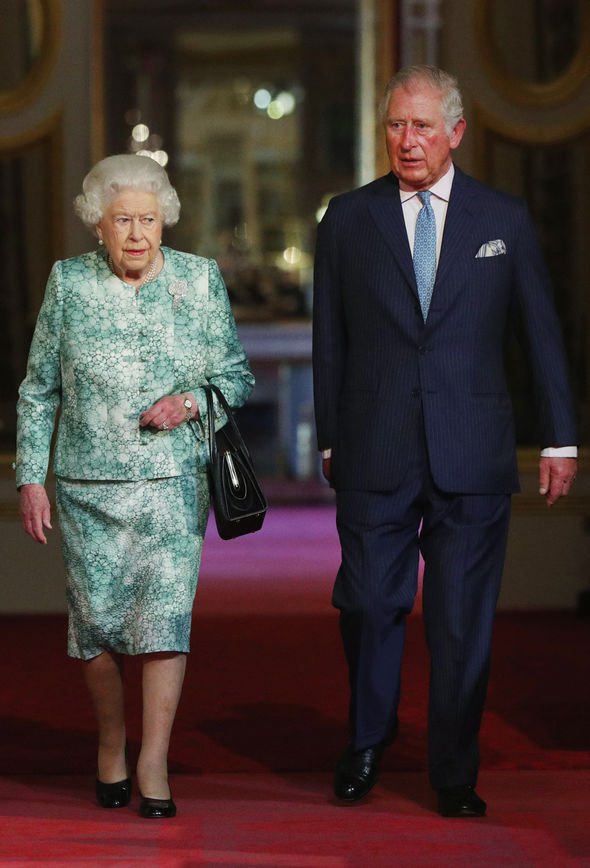 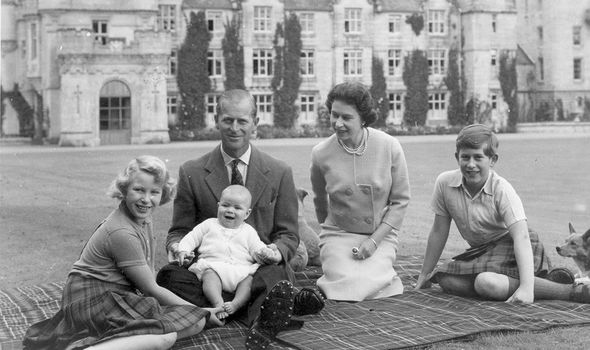 The Commonwealth Heads of Government Meeting 2018

Reacting to a photo of the Queen and Charles ahead of The Commonwealth Heads of Government Meeting at Buckingham Palace in 2018, Judi said: “When they appear together they present very much as the monarch and the monarch-in-waiting and this has interestingly led to some mirroring between them as they look suitably dutiful, wearing matching frowns and rather serious facial expressions.

“Charles appears respectful, especially of his mother’s age, tending to put his hands in his pockets rather than to dance about her protectively as people often will do with older people.

“We are rarely shown any tie-signs or moments of family affection between them and a look back at photos from Charles’s youth might go some way to explaining that.”

Meghan Markle told she must give up Duchess title for Presidential run [VIDEO]
Meghan and Harry’s Oprah interview ’emotive rather than factual’ [INSIGHT]
‘People are bored!’ Meghan & Harry warned people already tired of them [PICTURES]

An old family photo of the Windsors at Balmoral in 1960, shows Charles “looking rather separate”, Judi claimed.

She said: “It was quite usual to see Charles looking rather separate from the family unit in poses, even as a small boy.

“Famously seen shaking hands with his mother on her return from a tour, he appears to have retained this air of distance and physical awkwardness from a very early age.

“Here at Balmoral, we have a very strongly-bonded family group consisting of Philip, the Queen, Anne and baby Andrew, with all the attention and touch rituals focused on the Queen’s then youngest son.

“Charles is barely included in this pose, sitting at a small space from his mother whose head is turned away to focus on her other son.

“Anne appears comfortably integrated here though, taking the baby’s hand to match the rather besotted poses of her parents, but although Charles is smiling he does not appear to have taken the same sort of active steps to join the pose as his more confident-looking sister.” 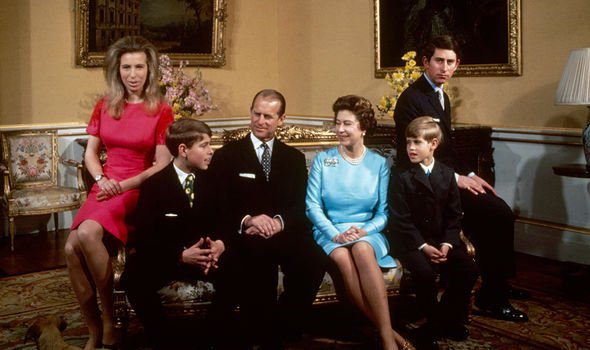 Charles appears to “deliberately isolate himself” in a family portrait taken at Buckingham Palace in 1972, Judi claimed.

Judi said: “This look of being an ‘outsider’ plagued Charles through much of his life and it is really only when we see him posing with Camilla now, or on one very telling occasion with William recently, that we have seen him openly relaxing and taking a more actively affectionate role in public.

“This family photo shows Charles almost deliberately isolating himself physically and emotionally from the rest of the group.

“For them, it looks like a joyous pose that they have wanted to make as relaxed and as natural as possible despite the formality of the surroundings.”

Judi added: “Anne communicates directly with the camera with a smile that suggests she is chatting while The Queen and Philip wear besotted smiles to focus on Andrew as he chats to them.

“Even Edward joins in the fun but behind him, Charles sits with his back to the family group and his shoulders slightly slumped and his hands placed awkwardly on his legs.

“He could easily have put a hand on his youngest brother’s shoulder to join in the visual bonding but the way he looks at the camera with an air of melancholy suggests that would not be an easy thing for him to do.

“It has looked as though the sense of responsibility and destiny has weighed so heavily on Charles’s shoulders that it has made him feel singled out and solitary throughout much of his life.

“Most of his poses with his sons when they were younger only looked like fun, family groupings because William and Harry instigated the playful touch rituals.

“Which is why the new Easter photo of the Queen smiling joyfully in her son’s company is so touching as it shows a side to the relationship that we are rarely if ever, allowed to glimpse.”