Queen Elizabeth is not the subject of the new royal biography Finding Freedom. But the book does reveal some fascinating details about the monarch. Written by royal journalists Omid Scobie and Carolyn Durant, Finding Freedom details Prince Harry and Meghan Markle’s relationship and their exit from the royal family. The book also reveals that Queen Elizabeth’s jewelry vault is a sight to behold. 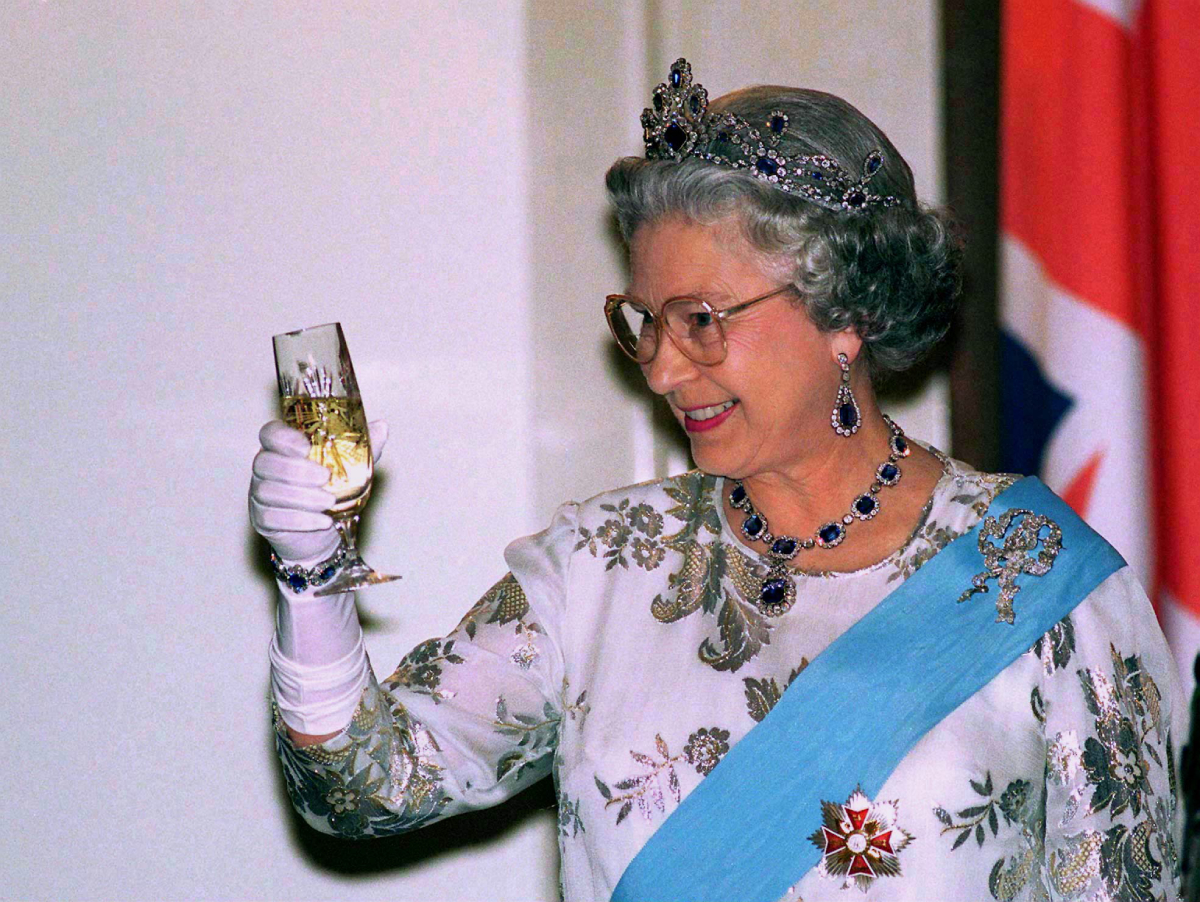 Meghan Markle’s wedding tiara was a point of contention

According to Yahoo! Life, the new royal biography attempted to clear up the rumors surrounding Meghan’s wedding jewelry. Numerous media reports out of the UK claimed that the Queen wasn’t happy about the tiara Meghan chose.

Meghan’s tiara situation eventually worked out. But, Scobie has claimed in interviews that didn’t happen until Harry called the Queen.

“He called his grandmother and said, ‘I don’t know what the hell is going on. This woman needs to make this work for my future wife,’” claimed Scobie.

Harry later stated in interviews that the tiara was “an incredible loan” from his grandmother. And, it was the one that suited Meghan “the best.”

Did racist jewelry send the Duchess of Sussex a message?

Another jewelry-focused story in Finding Freedom featured a racist brooch worn by the Queen’s first cousin, Princess Michael of Kent.

According to the Daily Mail, Michael wore a controversial blackamoor brooch to a royal event at Buckingham Palace. It was the first royal event that Meghan, who is biracial, attended. Blackamoor jewelry and art is now considered racially insensitive, as it romanticizes slavery.

“In the back of Meghan’s mind, she wondered if there wasn’t a message being sent in the pin of the torso of an African man wearing a gold turban and ornate clothing,” wrote Scobie and Durand.

Meghan had just moved to England and the Queen wanted her to feel at home for the holidays. But, the damage had been done. Michael later issued a statement saying that the brooch was a gift, and it has been worn many times before. She also apologized for causing offense.

When Scobie and Durant told the story of Meghan’s wedding tiara, they included a detailed description of Queen Elizabeth’s jewelry vault. Each tiara is stored in its own safety box within the vault. The basement room is approximately 150 feet long and is split into sections.

“The large space—its size, proof of the extent of Her Majesty’s collection of hundreds of tiaras, brooches, necklaces, earrings, and other jewels—is not sparse or cold, like a bank’s vault. Instead, it’s well-lit like a showroom,” wrote the authors.

When Meghan visited, Crown Jeweler Mark Appleby was there to assist. But, the only people in the room for the meeting were the Queen, Angela Kelly, Meghan, and Harry.

The Queen and Kelly gave Meghan five options for her wedding tiara. But, the Queen Mary Diamond Bandeau “outshone the others as it rested on her dark hair.”

Finding Freedom is currently available wherever books are sold.