It's a big thing to have a book published, no matter how prolific you are. One Australian writer was looking forward to their latest novel coming out through the local arm of a multinational publisher.

The writing and editing were complete, the advance – $15,000 – was in the bank, advance reading copies of the book had been printed, and early publicity dispatched to shops. It was all systems go.

Then, a matter of weeks before publication, the publisher pulled the plug. Yes, there had been issues to deal with – not least the way the novel handled the subject of Islam and gay sex, which had been assessed and revised to the apparent satisfaction of the publisher. 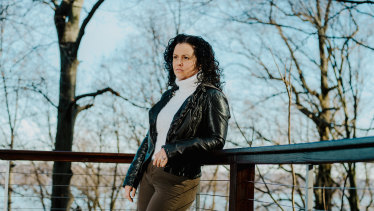 Jeanine Cummins’ novel about Mexican migrants to the US sparked an online conflagration.Credit:Heather Sten

"No one among all the people with misgivings ever suggested to me there was anything wrong with the book, that it was bigoted or racist or whatever," said the novelist, who didn't want to be named in case it affected chances of being published in the future. "They just in the end said: 'You're not allowed to write this book. This story isn't yours to write.' Well, who gets to decide who owns what story? Which committee or censor does the figuring? Social media, apparently."

The book's cancellation is one local example of the perceived and actual power of social media when it comes to issues of cultural appropriation and the cancel culture to influence publishing.

Earlier this year, an online conflagration erupted with publication of Jeanine Cummins' American Dirt, a novel about Mexican migrants to the US written by a woman who critics claim was not qualified to tackle the subject because she was neither a Mexican nor a migrant.

And this week, there was the cancellation of filmmaker Woody Allen's memoir, Apropos of Nothing, after publisher Hachette, which also published his estranged son Ronan Farrow's investigation into Harvey Weinstein, was castigated by readers, commentators and its own staff for signing up Allen, given he has been accused of sexual abuse by his adopted daughter, Dylan Farrow, for many years. Allen has long denied the allegations.

So are these issues playing a greater role in Australian publishing and how should they be negotiated? 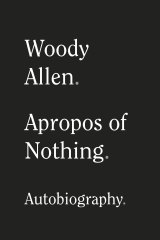 Hachette Australia publishing director Fiona Hazard, who says she would not have distributed Allen's memoir here, says good publishers assess public sentiment. "The size of someone's social media profile can play a part in publishing decisions, including the way they are seen in the wider community. So if someone is writing on integrity and honesty and then found to be dishonest that will have an impact."

And if there's adverse reaction on social media? "When we decide to publish a book, we consider all the angles and will stand by our authors," she said. "Sometimes, however, people can do the wrong thing and reputations can be damaged. In these instances, we must deal with the fallout on a case-by-case basis."

Publishers, she points out, have to be aware of cultural sensitivities and to seek sensitivity reads where appropriate.

While it's unlikely anyone will read Allen's book soon – unless they are in France, where Editions Stock, a Hachette subsidiary, will still publish it – the fuss about Cummins' novel hasn't undermined its commercial appeal. It is at number four in the New York Times bestseller list and number two in the Amazon fiction list.

Ball isn't surprised by that. "A social media storm can be great commercially, but it's a dangerous game to play. Happily, it's one I haven't played."

Chief executive of Hardie Grant, Sandy Grant, believes the question of cultural appropriation is becoming more critical to publishers than fear of social media judgment, although the former can feed the latter. It has become a huge issue for his US and British offices.

"You cannot consider a publishing decision without looking at the writer's background and giving consideration to their relationship to the material," he said. "There is a global pressure on the role of the writer and whether they have the right to write about other cultures."

Hardie Grant stepped into the breach when Clive Hamilton's original publisher dumped Silent Invasion: China's Influence in Australia because it feared retaliation from the Chinese Communist Party. Grant said that decision had been taken on the basis of perceived rather than actual threat: "They were unwilling to wade into a public debate and were avoiding what is one of a publisher's functions."

Another publishing director, who was reluctant to be named for this story, said everyone was thinking more about what was published and how it affected people. And he agreed the industry had structural and systemic diversity issues that needed to be addressed.

"There are valid issues about representation and who has the right to speak. You don't want to curtail the ability of authors to write in other voices, but they have to be careful they have done their due diligence and they should be ready to be called out," he said. "There are people out there who have been marginalised and deprived of a voice. But sometimes the pendulum swings too far and there is collateral damage."

According to Sandy Grant, such is the intensity of the debate over cultural appropriation that "it could affect how fiction is imagined and written".

Meanwhile, the disgruntled author whose book was canned has kept the advance – "they broke the contract" – and regained the rights to the book. Whether another publisher will step into the breach remains to be seen.