Prosecutors investigating the killings of six Asian women and two other people at Atlanta-area spas last week could be the first to use Georgia’s hate crime law if they decide to pursue a hate crime sentencing enhancement for the 21-year-old suspect under the new statute.

Georgia was one of four states without hate crime laws on its books —  along with South Carolina, Arkansas and Wyoming — until a hate crimes bill was passed into law there last year. The effort to pass the bill was renewed after the killing of Ahmaud Arbery, a Black man who was gunned down by two White men as he jogged through a coastal Georgia neighborhood in February 2020. 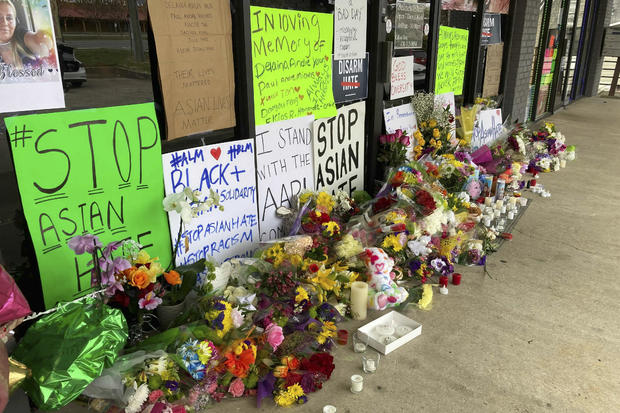 The new Georgia law has not been used since it was signed into law by Gov. Brian Kemp in June, said Chuck Efstration, a Republican member of the Georgia House of Representatives who championed the bill with bipartisan support. It mandates enhanced sentencing for defendants convicted of targeting a victim because of their “actual or perceived race, color, religion, national origin, sex, sexual orientation, gender, mental disability, or physical disability.”

That means additional prison time and fines on top of sentences for the type of crime for which the defendant was convicted, such as manslaughter or murder. The new law could “very well be in play” in the Atlanta shootings if prosecutors can present evidence of a bias motivation, said Efstration, a former federal prosecutor.

Investigators have said they are not ruling anything out and are taking a “hard look” at the motivations of the shooter, who has been charged with eight counts of murder and one count of aggravated assault. The decision to pursue a hate crime enhancement will be up to prosecutors in Cherokee County, where four people were killed and one wounded at Young’s Asian Massage near Acworth, and in Fulton County, where another four people were killed in two spas.

Investigators say the suspect Robert Long, who is White, claimed he killed the victims because he had a sex addiction and targeted locations he considered “temptations.” But many in the Asian-American community believe the victims were targeted because of their race and gender, and have expressed concern over a Cherokee County Sheriff’s Office spokesperson who downplayed race as a potential motivating factor.

Hate crimes and incidents targeting the Asian-American community have increased during the COVID-19 pandemic, and the advocacy group Stop AAPI Hate recorded more than 3,795 hate incidents between March 2020 and February 2021. The term “hate incident” includes crimes such as assault as well as other types of discrimination such as verbal and online harassment.

In a statement released last week, Cherokee County District Attorney Shannon Wallace did not address whether she would pursue a hate crime enhancement. But Wallace vowed to charge the suspect “appropriately based on the evidence in this case and the existing laws” following the investigation.

“As we work to bring justice for these victims, we are acutely aware of the feelings of terror experienced in the Asian-American community,” Wallace said. “We hear your concerns and want it to be known that these victims will receive the very best efforts of this office.” 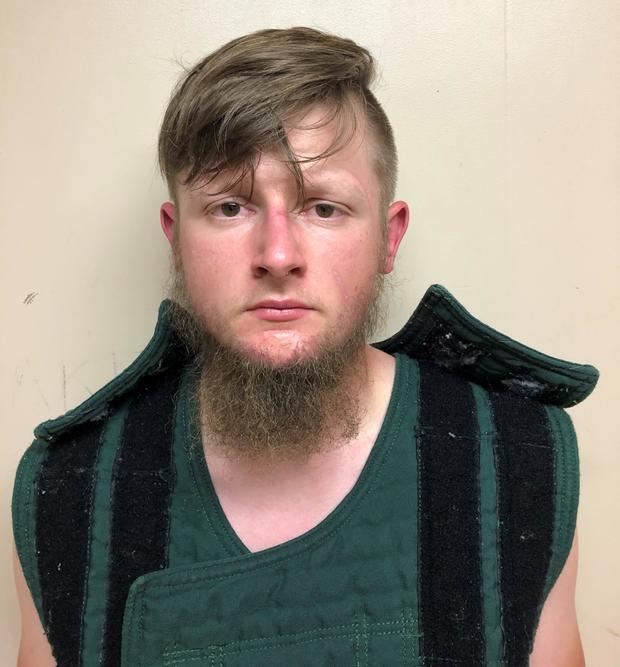 Spokespersons for Wallace and for the Fulton County District Attorney’s office did not respond to requests for comment from CBS News.

Efstration said the law is important to correctly classify hate crimes and send the message that they will not be tolerated.

“These are laws you hope to never have to use,” Efstration said. “When particularly heinous crimes occur, you are grateful you have these laws on the books so prosecutors and law enforcement can call these terrible crimes what they are. And that’s important not only to victims, it’s important to all of society.”

The targeting of the specific businesses is a “very strong indicator” of bias, according to Wake Forest University law professor and criminal justice program director Kami Chavis, but not determinative of a motive in and of itself. She said prosecutors will likely need to search for other evidence to include video, witness accounts, and the suspect’s social media posts and statements to present to a jury in a potential hate crime prosecution.

Chavis also cautioned that the suspect’s own statements about his motivation should not be given much weight by prosecutors.

Under the new Georgia law, prosecutors would first need to signal their intent to seek a hate crime penalty enhancement to the defendant in writing, said Peter Skandalakis, executive director of the Prosecuting Attorney’s Council of Georgia. At trial, if the defendant is convicted of the underlying crime by a jury, the trial would then move into a second phase where prosecutors can present evidence the crime was motivated by bias, Skandalakis said. The defendant would have the opportunity to present evidence to counter the prosecution, and the jury would again deliberate, this time over whether the offense should be classified a hate crime.

If the jury decides to do so, the defendant would then be eligible for additional penalties. But the options to enhance sentencing under the law in a murder case are very limited, Skandalakis said. The new hate crime law calls for an additional two years in prison if a jury determines a bias motivation. In Georgia, the penalty for murder is death, life in prison with the possibility of parole, or life with the possibility of parole.

But the new law is still being interpreted, Efstration said, and it’s not clear whether the Georgia Board of Pardons and Paroles might determine that someone convicted of murder under the hate crime statute should be denied the possibility of parole where it otherwise may have been considered.

Skandalakis agreed, saying the parole board has discretion to grant it or not even if a jury has left open the possibility.

“Parole is a privilege in Georgia,” Skandalakis said. “….The parole board can consider all factors, including whether or not a hate crime was committed, when determining if you’re even eligible for parole.”

John Yang, president and executive director of the advocacy group Asian Americans Advancing Justice, said his group would like to see the killings investigated to the fullest extent possible as a hate crime. But the acknowledgement of the killings as a hate crime is more important to the Asian-American community than the prosecution itself, Yang said.

Calling the case a hate crime matters “because Asian-American women in particular are then being seen and being recognized as being targets of this brutal attack,” Yang said. “Without that acknowledgement, then it becomes potentially, if you will, a garden-variety crime, and that is not what our community is feeling.”

A lack of acknowledgement makes the Asian-American community again feel invisible during a year when the community has struggled to make people understand that they’ve been severely impacted by racism, Yang said. That feeling of invisibility is amplified for Asian-American women who struggle with both racism and sexism, often feeling dehumanized in a culture that hypersexualizes and objectifies them, said Sung Yeon Choimorrow, executive director of the National Asian Pacific American Women’s Forum.

Choimorrow said she finds the assertion that the suspect was not motivated by bias against both race and gender to be “ridiculous.”

Cautioning that he had not seen evidence in the case, Skandalakis said he believes prosecutors will evaluate the evidence thoroughly in light of the new law to determine whether they can prove a hate crime case beyond a reasonable doubt.

“I think prosecutors are very aware of the statute and aware of the need to make a statement — I think they’ll use it judiciously and use it effectively,” Skandalakis said.