Princess Diana and Prince Philip’s special bond is touched upon in season four of Netflix royal series The Crown. While the royal drama is loosely based around historical facts and takes artistic license with its storylines, there is some truth to the father-daughter relationship Philip and Diana are portrayed as having in the new season.

A body language expert has analysed five striking photos of Diana and Prince Philip together over the years and claimed their bond seems to be one forged from a sense of isolation.

As the Queen’s husband and a Greek prince with German roots, Prince Philip struggles to come to terms with royal life at first and clearly empathised with Diana who married Prince Charles at 20.

Philip seemed to mentor Diana at royal events and provide her with support in social situations.

Body language expert and author Judi James told Express.co.uk: “Diana’s relationship with her father-in-law was always described as ‘special’ but I’m willing to bet it was similar to the ‘special’ relationship the UK is always described as having with the US, i.e. built on some mutual need and a wary dependence rather than a congruent meeting of minds and temperaments.” 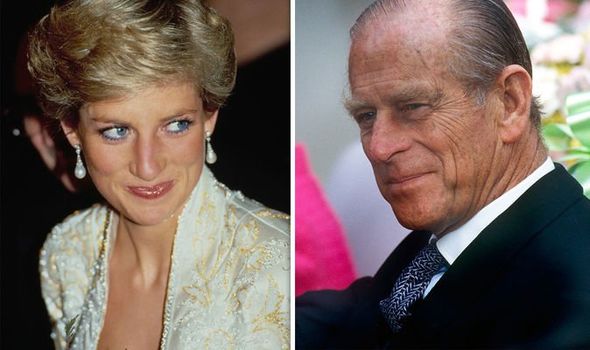 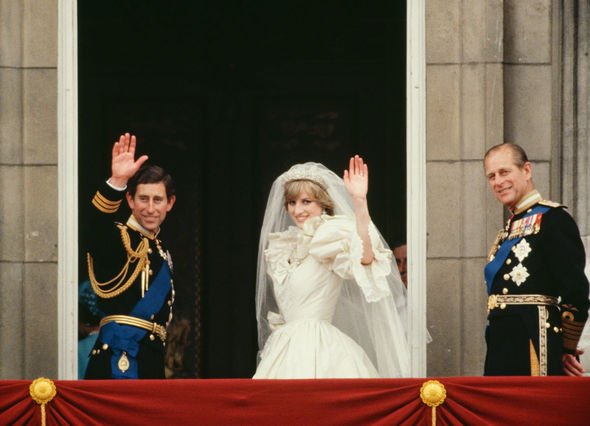 Judi added: “It was clear from Diana’s letters to him and her use of the title ‘Dear Pa’ that she felt she had found a father figure and protector in Philip, just as she thought she had found a loving and caring husband in his son, but both relationships seem to have depended on her ability to perform well and without complaint in her role as future queen.”

According to Judi, the Duke of Edinburgh is likely to have urged Diana to comply with royal standards such as stoicism.

The expert said: “Like Queen Elizabeth, Philip probably expected Diana to be stoic, resilient and fuss-free no matter what.

“Like Charles, he was probably totally ill-equipped for dealing with the emotional fall-out once Diana’s heart was broken and the jolly, awe-struck girl he had endorsed became vulnerable and despairing.”

Judi said: “Philip had backed Diana for the role like a business manager recruiting a new trainee.

“Once that candidate became successful but also volatile enough to threaten the status quo of the Firm it would be hard to see the bonds between Philip and her ‘Pa’ not being under threat.” 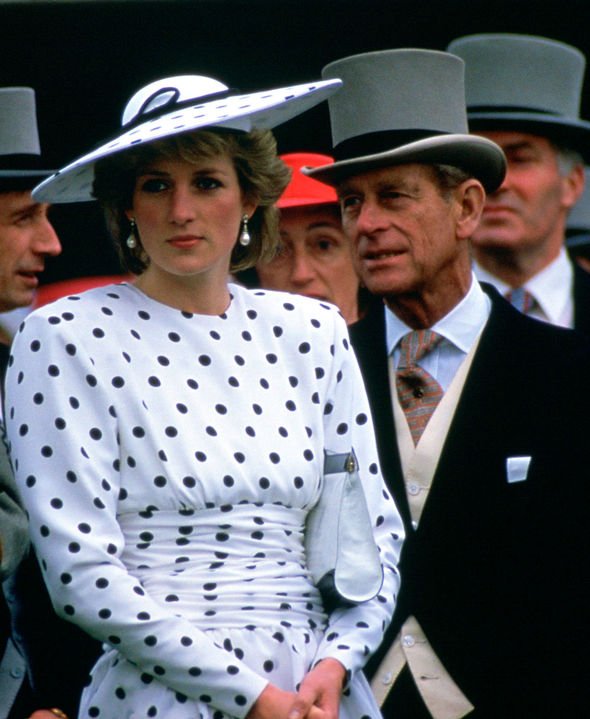 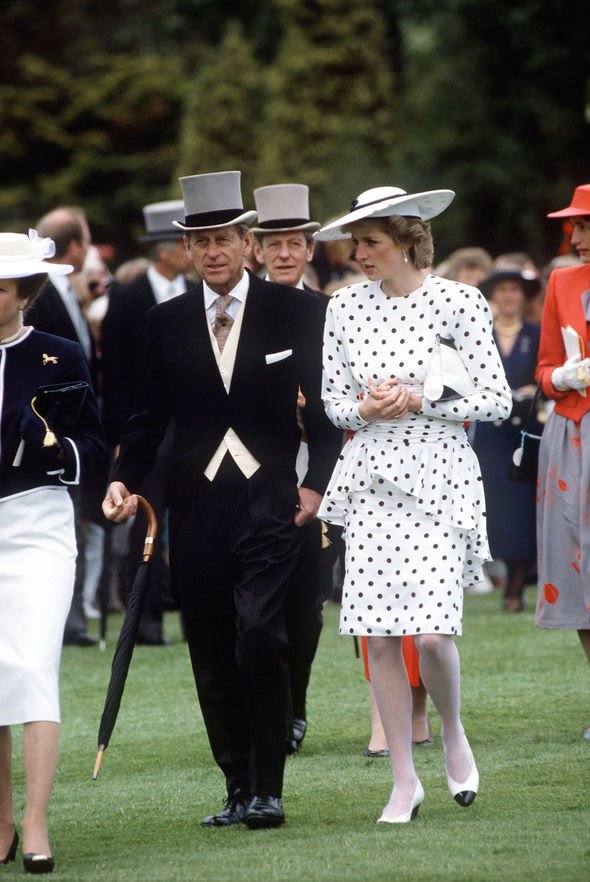 Judi said: “There was a tangible air of relief throughout the royal Firm that the son and heir had finally done his duty and got married, but the often irascible Philip did seem to show some of the strongest body language signals of pride and affection in his new daughter-in-law and future queen.

“Here he appears to linger on the balcony behind Diana, turning to the ecstatic crowds below with a smile of very paternal and personal-looking pride.

“His hands are clasped behind his back but he also seems to push his belly out slightly in a gesture of relaxed self-satisfaction.

“His fingers also look relaxed in his hand clasp, rather than curled to suggest tension, and his eye-smile direct to the crowds suggests he is happy to soak up some of their approval for the choice of next Queen.”

“This pose signalled a stamp of approval for Diana from perhaps the toughest member of the royal family to melt and to please.

“If Charles looked and sounded unsure on the build-up to his wedding, his father’s pose and facial expression here suggests he had no doubt that Diana was the right choice.”

Judi said: “Diana’s padded-shouldered monochrome spotted dress and her elegant hat here reflect her growing power in the royal firm but her facial expression as she stands facing the cameras has the air of sadness and isolation that was becoming a familiar feature of her appearances.

“Philip stands behind her here and the mood of the pose seemed to suggest he was ignoring her, which might not have been totally true.

Judi said: “As father-figure, a mentor with keen and cheerful royal trainee this relationship probably worked well, and as both married into the Firm at the highest levels, there might have been some bonds of empathy, too, but as Diana grew up it is doubtful the pair shared much in the way of intellectual or emotional traits.

“Diana looks keen to chat here, possibly even looking as though she is confiding but Philip looks ahead and both use gestures that suggest some degree of tension.

“Diana’s hands are clasped as two cupping gestured pressed together and the way the clasp is pulled into her ribcage above waist level suggests a desire to do or say everything right.

“The hand he has placed in his pocket not only forms a partial barrier gesture but it’s the thumb that is in the pocket while the fingers curl as though balling into a fist.” 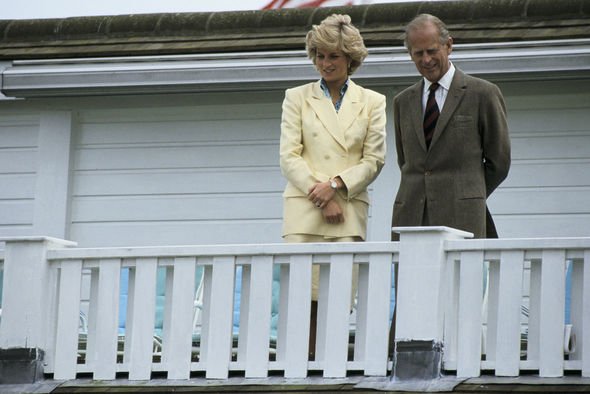 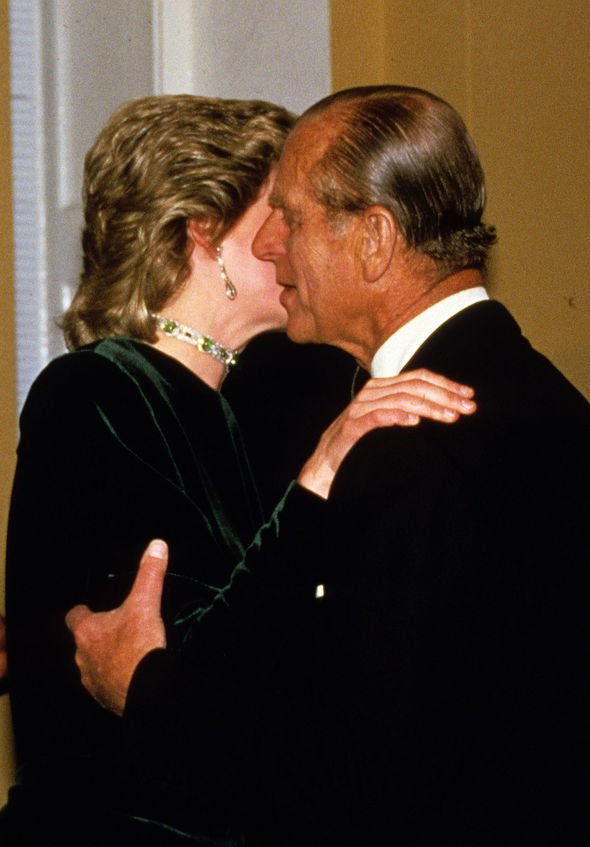 Judi said: “If Diana’s relationship with her husband was corroding, her body language here suggests she did feel relaxed, loving and even safe in the company of her father-in-law.

“The sadder facial expression and the air of isolation have vanished here and a fun, asymmetric smile suggest she is enjoying the feeling of family.

“Philip’s smile suggests they are in tune here, perhaps sharing a small joke as they gaze down from the balcony.

Judi said: “Prince Philip is rumoured to be more lovingly effusive with his greeting rituals that might be imagined and this cheek-kiss between Diana and the Prince does suggest some genuine fondness, especially from Diana.

“She stretches out her neck for the kiss compliantly but the way she places her right hand directly on top of Philip’s shoulder suggests confidence and even hints at some levels of status.

“Philip’s face-puckering suggests he is talking and smiling as he kisses Diana’s cheek and the way he holds onto her upper right arm suggests a tendency for firmness in their relationship.”