Princess Anne looked elegant in a navy coat as she opened an armed forces centre in Argyll today.

The Princess Royal, 69, visited The Drumfork Community Centre in Helensburgh,  which recently underwent a £2 million refurbishment.

It’s set to become a hub for military personnel, their families and members of the wider community.

Princess Anne could be seen chatting with military wives at the centre, before gently accepting a posie of yellow flowers from seven-year-old Lily Wood. 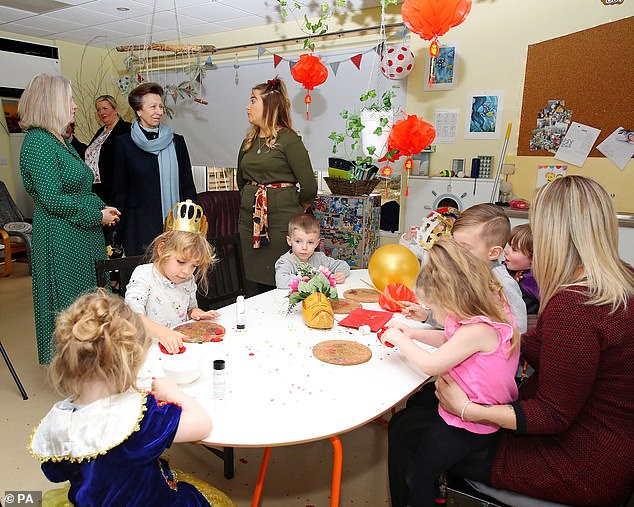 Princess Anne, 69, could be seen smiling and chatting with children and staff after opening the renovated Drumfork Community Centre in Helensburgh 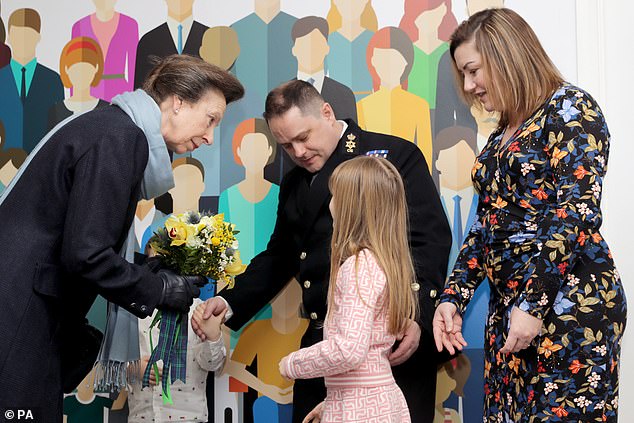 The Princess Royal showed off her maternal side as she gently accepted a posie of year flowers from Lily Wood, 7, while visiting the centre

Schoolchildren greeted Princess Anne as she arrived at the facility today before she met key donors.

The royal wrapped up in a pale blue scarf and navy coat and added a touch of glamour with leather gloves.

Captain Nick Gibbons, of HMS Neptune at nearby HM Naval Base Clyde, said: ‘It is an honour to have Her Royal Highness join us today to officially open the renovated Drumfork Community Centre.

‘The team has worked tremendously hard to create an environment which will provide significant support to our Service families, as well as presenting opportunities for the local area. 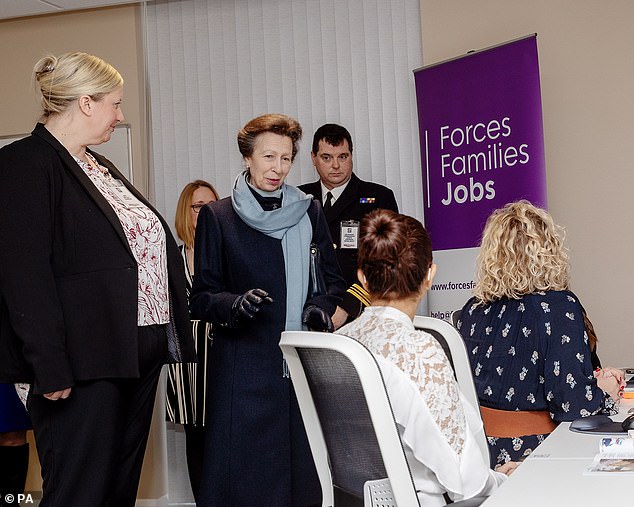 After meeting children in the nursery, Princess Anne went on to visit navy waves in the centre’s new IT Room

‘We were delighted that the Princess Royal took the time to meet so many of those involved in the creation of the Centre and also speak with those who will use and benefit from the facility.’

Anne was given a tour of the hub, which included a visit to its nursery, St Margaret’s Community Church and IT training facilities.

Work began on the Drumfork Centre in 2018 when a £2 million contract was awarded to a local firm to upgrade the facility. 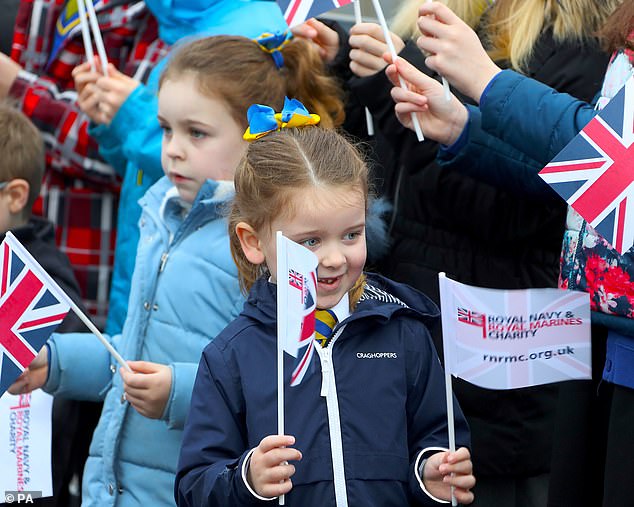 Crowds of children excitedly waved flags as they awaited the royal’s arrival, who opened the renovated centre 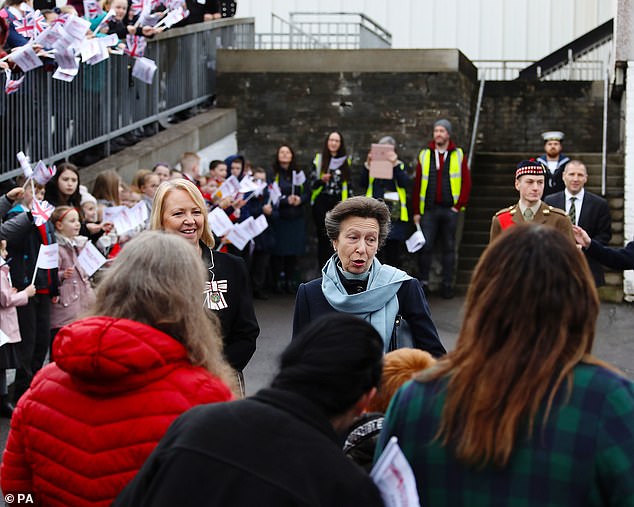 The royal, who was named the hardest-working royal of 2018, has had a jam-packed few weeks.

Princess Anne has appeared undeterred by the on-going furore surrounding Prince Harry, 35, and Meghan Markle’s, 38, decision to step back as senior members of the Royal Family.

Last week, she travelled the length of the country, with engagements in London, Aberdeen and Northern Ireland. 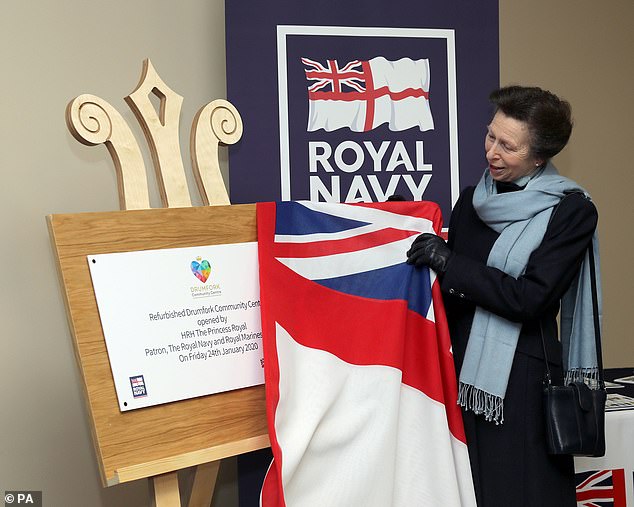 On Tuesday she visited Aberdeen, where she was bestowed an honorary degree at the University of Aberdeen.

Meanwhile on Wednesday she had three engagements in London, including a visit at the Metropolitan Police Service Special Escort Group, a luncheon at the Royal Yachting Association, of which she is president, and a dinner at the Corporation of Trinity House hosted by the National Coastwatch Institution, of which she is royal patron.

And on Thursday the royal made a trip to Ireland to visit Davis House, at HMP Maghaberry in Lisburn, which opened recently after a £54 million revamp.