PETER HITCHENS: Why do we stir up trouble in foreign countries but can’t even run our own?

What a twisted society we have become. We stir up wars in other people’s countries and praise ourselves for doing it.

But there is no political reward for protecting our own people against crime and disorder on their streets and in their homes. It is no longer clear if anyone is governing the country at all, so busy are we putting other nations to rights.

Christmas brings news of terrible ultra-violent crimes in supposedly peaceful suburban areas. Migrants stride boldly ashore in unknown numbers. We pay heavy taxes for pitiful services, cratered roads and a health system that is the envy of nobody. 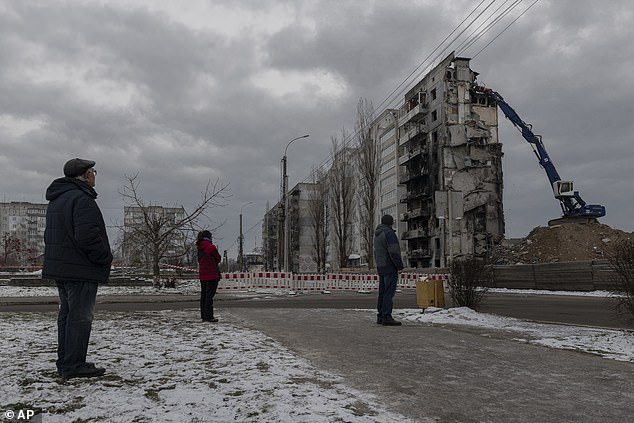 What a twisted society we have become. We stir up wars in other people’s countries and praise ourselves for doing it, says Peter Hitchens

Yet, nothing happens about all this. The surest way to gain praise in politics is to make simple-minded statements about a crisis abroad and demand that we send bombs and shells to some strife-torn state, or actually bomb it ourselves.

The idea that such things are often complicated and dangerous, and may do harm, has faded from view. When Prime Minister Anthony Eden dragged us into his disastrous attack on Egypt in 1956, the entire country was bitterly divided. And rightly so. The archives, when they were opened, showed that the adventure was based on lies, futile and doomed.

When the USA sank up to its waist in the bloody mud of Vietnam in the 1960s, the whole world was at odds. Once again, now that the truth is revealed, we know that thousands of brave men died, and many more thousands of innocent civilians were killed, because of a mistake.

But since the Blair revolution of 1997, pious, allegedly virtuous foreign crusades have come back into fashion. Criticising them gets you into trouble. There is only one permitted view. Few go back to find out how things actually went.

The Kosovo episode, for instance, did not bring paradise to that part of the world. Nor did the Iraq invasion. I know most people now pretend to have been against it at the time but as one who actually was against it at the time, I can assure you that they are mistaken. It had wide support. The same goes for the daft adventures in Afghanistan and Libya. 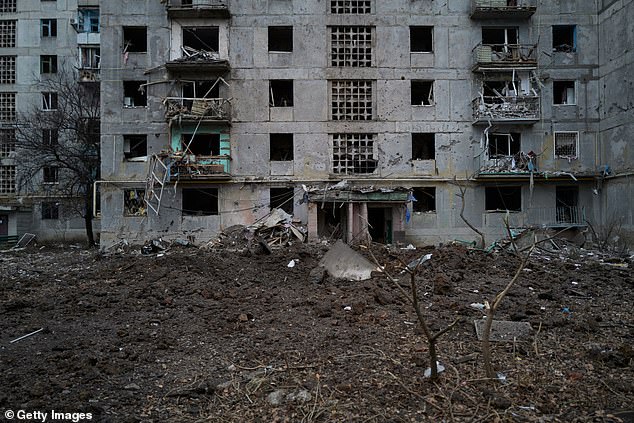 A residential building bombed overnight on December 24, 2022 in Bakhmut, Ukraine

In fact, the last three did so much harm that it will never be measured. Together they began the era of mass migration from the Middle East and Africa to Western Europe. This is probably the biggest event in human history since the First World War, and perhaps bigger.

How can we do all this stamping about in foreign countries when we are so bad at governing our own and also not very strong? Our country doesn’t work properly. You can’t even see a doctor. The police are equally invisible. Our Army is as tiny as our debts are huge. Our grandest new warship, the aircraft carrier HMS Prince of Wales, has broken down. Even when it works, we have to borrow aircraft from the Americans to fly off it.

None of this will be properly discussed at the rapidly approaching General Election and nobody will stand in that poll who prefers reforming Britain to foreign policy fantasy abroad. Why do we put up with it?

Why do people call the Royal Christmas broadcast ‘the King’s Speech’? It isn’t a blinking speech. The King’s Speech is the thing he reads to the Lords and Commons at the State Opening of Parliament.

Yet, since a few years ago, almost everyone uses this mistaken name for it. I blame that dreadful, falsehood-crammed, historically wrong and annoying film The King’s Speech. Its effects have spread into the language and into public opinion, like mildew. How do these things happen? All my life, for instance, you committed yourself to a goal or task. This was what we called a reflexive verb.

Then, a few years ago, without any reason given, politicians started saying that they were going to ‘commit’ to something, without the reflexive pronoun. And nobody pulled them up, or even noticed. 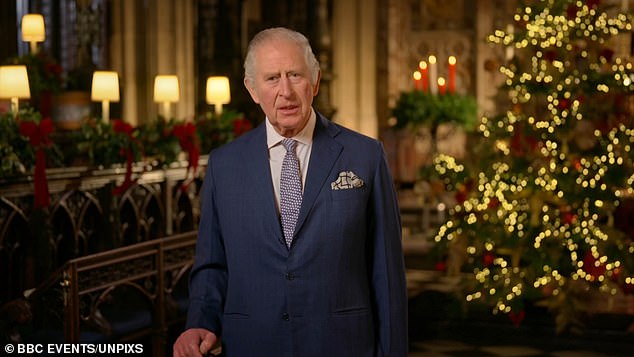 King Charles used his first Christmas message to reflect on the cost-of-living crisis. He spoke of the ‘great anxiety and hardship’ for those struggling to ‘pay their bills and keep their families fed and warm’

To me, this always sounds ugly and lame. But how did it happen? About the same time all our railway stations became ‘Train Stations’, an expression from America where there are hardly any trains and even fewer stations for them to stop at.

So why? And why are nouns now used as verbs (or ‘verbed’, as they say)? On Friday I heard a broadcaster use ‘foreground’ as a verb. Let me also foreground this: when and why was every new government policy announcement treated like the unveiling of a new aircraft, and ‘rolled out’?

And what is the origin of the insane phrase ‘going forward’ which suddenly pops up in mid-sentence and always makes me wonder if the speaker has been taken over by some alien force?

Often the culprits are educated, literate people who know, or at least knew, these things were ugly.

For many years I’ve seen the week between Christmas and New Year as a sort of truce, during which I can do peaceful and nostalgic things, such as watch the wonderful film Foreign Correspondent.

This was the movie which first incited me (and I think many others) to seek such a career.

I also enjoy rereading old volumes of Tintin (not the awful animations), another fantasy reporter in an uncomplicated, beautifully-drawn, old-fashioned world.

But the truth, as so often, is sadder. Tintin’s Belgian creator Georges Remi (known as ‘Herge’) was caught up in some complicated dealings with real evil during the Nazi occupation of Belgium and accused of collaboration. Most will pardon him this and other sins, because of the sheer beauty of his drawings.

He remains a huge figure in that fascinating country, where an amazing and rather enjoyable museum of his life can be found in a small town outside Brussels.

The real Cold War was so much simpler

In the new Netflix thriller Treason, a politician who wants to fix the country’s domestic problems and keep away from foreign entanglements is portrayed as a pathetic Russian tool. No real argument is offered for this idea. It is assumed that it would be so. He is, in a way, the villain of the whole drama, his possible victory seen as ruinous.

His rival for the Tory leadership, a standard issue social liberal with a lesbian lover, is shown as preferable. I found this element more interesting and disturbing than its most memorable character, the female Russian rogue agent and ruthless killer Kara.

Kara, interestingly, is played by Olga Kurylenko, whose father is Ukrainian and whose mother is Russian. But Kara turns out to be quite nice really, at least compared with most of the others. Gosh, the Cold War was comfortingly simple. 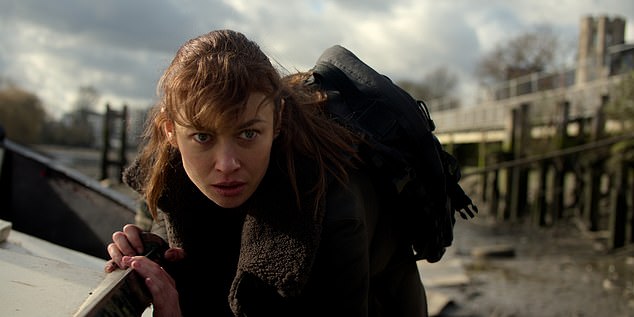 Kara, interestingly, is played by Olga Kurylenko, whose father is Ukrainian and whose mother is Russian. But Kara turns out to be quite nice really, at least compared with most of the others, says Peter Hitchens