Maksim Chmerkovskiy returns to US from Ukraine, reunites with Peta Murgatroyd

Peta Murgatroyd is feeling optimistic about her and husband Maksim Chmerkovskiy’s in vitro fertilization journey.

“Today is the first time I actually feel … I feel pregnant. I’m not pregnant,” the “Dancing With the Stars” pro said in a video shared to Instagram on Monday, documenting the couple’s first ultrasound appointment since revealing she suffered three miscarriages in the last two years.

“I don’t know what day it is, like the ninth day, or the tenth day on these meds. [But] I feel like it’s working because I feel like a pregnant person. My boobs are so sore.”

Murgatroyd, 35, also told her followers that she and Chmerkovskiy, 42, were prepping for the next step in the process: egg retrieval.

“This is the last ultrasound before we find out what day we’re doing an egg retrieval,” she explained. “I’m gonna show you guys what my follicles look like if it’s not TMI [too much information].” 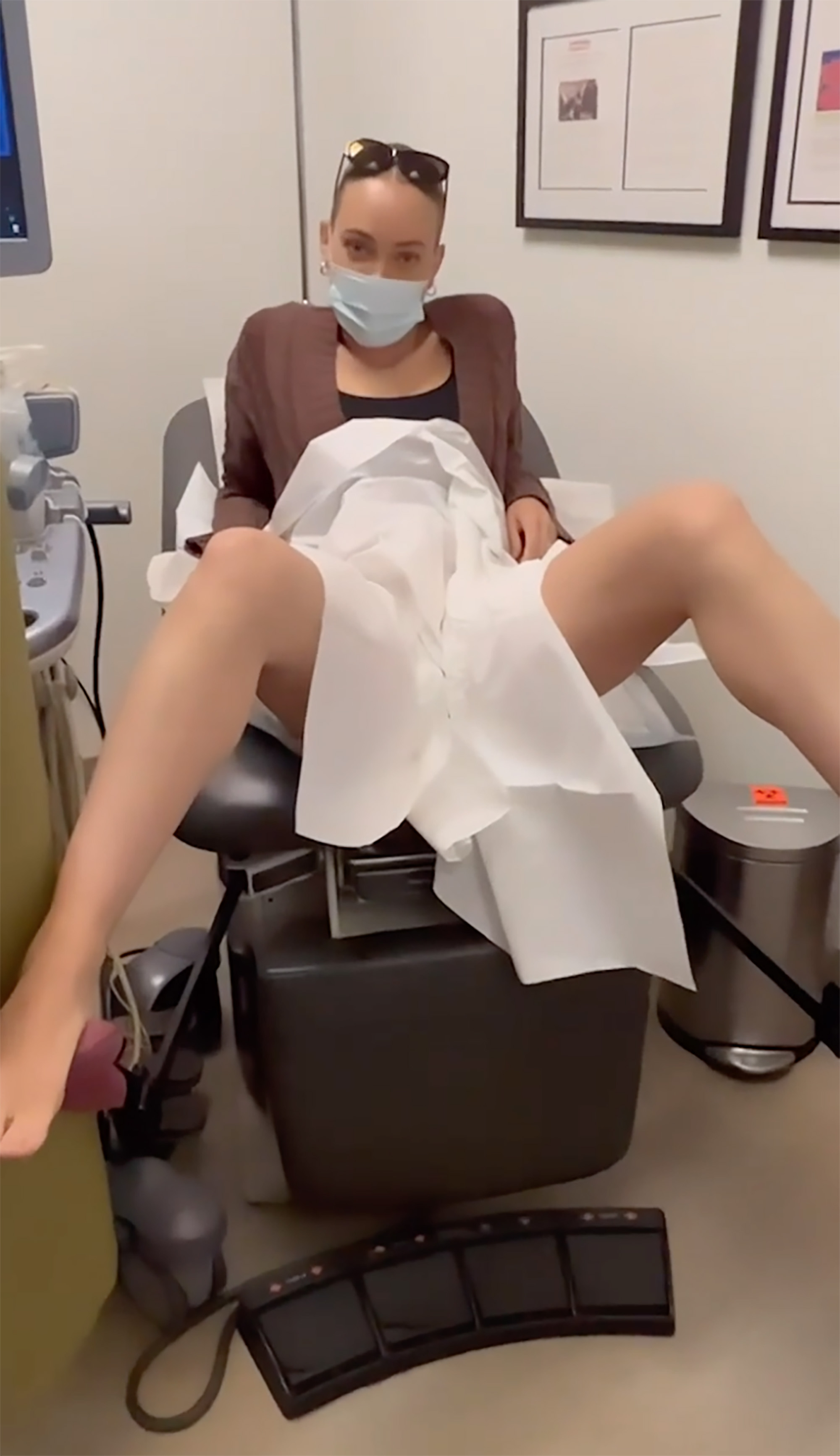 During their appointment, Murgatroyd and Chmerkovskiy were thrilled to find out the treatment appeared to be working. The doctor told them that her ovaries were “busy” and that they have “11 huge follicles in one ovary and 17 huge follicles in the other.”

They were instructed to come back every day for the remainder of the IVF treatment to measure her follicles ahead of her upcoming egg retrieval procedure. 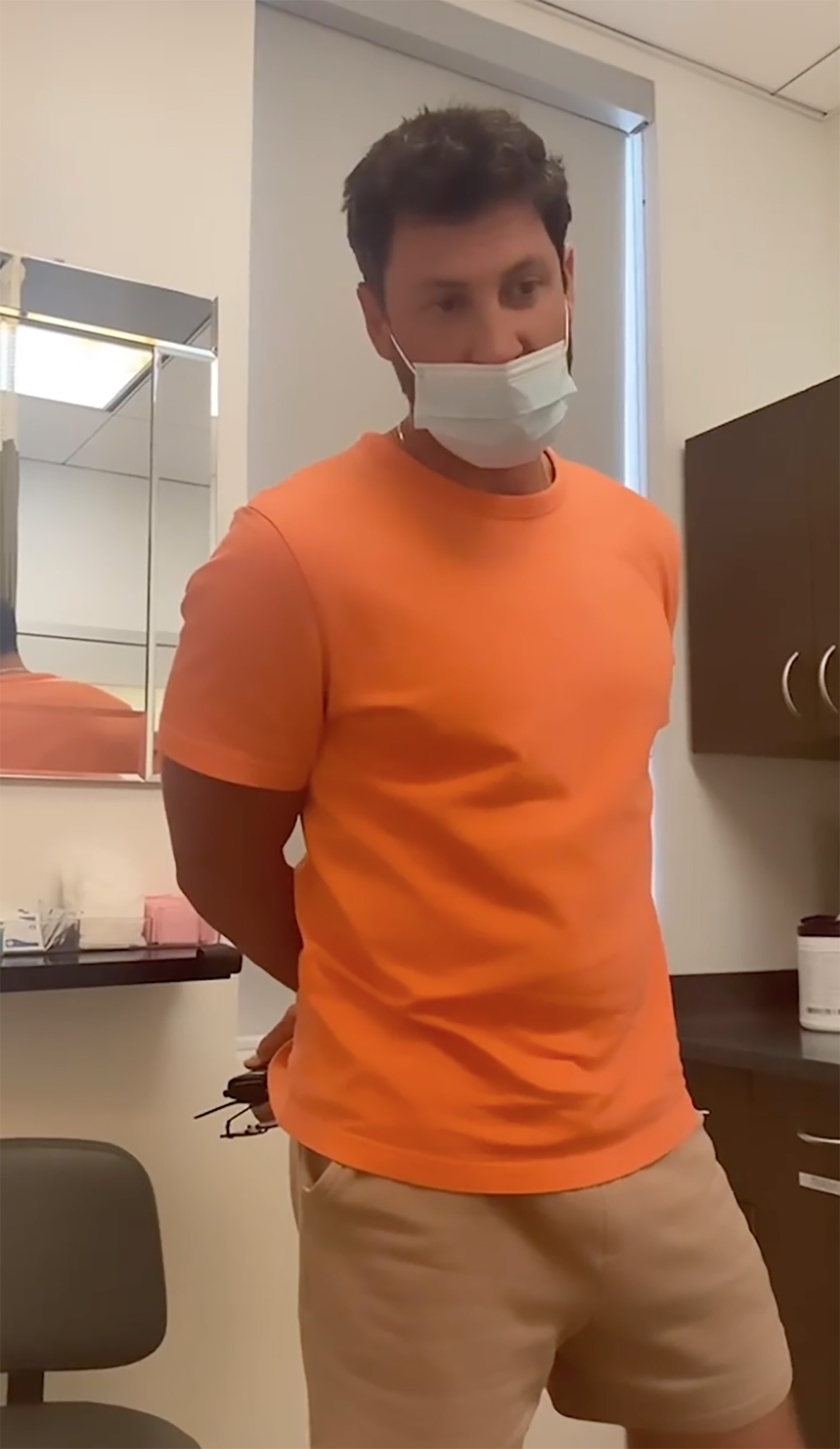 Excited by the doctor’s revelations, the professional dancer – who shares 5-year-old son Shai with Chmerkovskiy – proudly showed off her bloated stomach to the camera, leaning back and cradling it like a pregnant belly.

“Wait, can you see my tummy? My love, look at my tummy. Show people my tummy,” Murgatroyd said. “Look, bloating.” 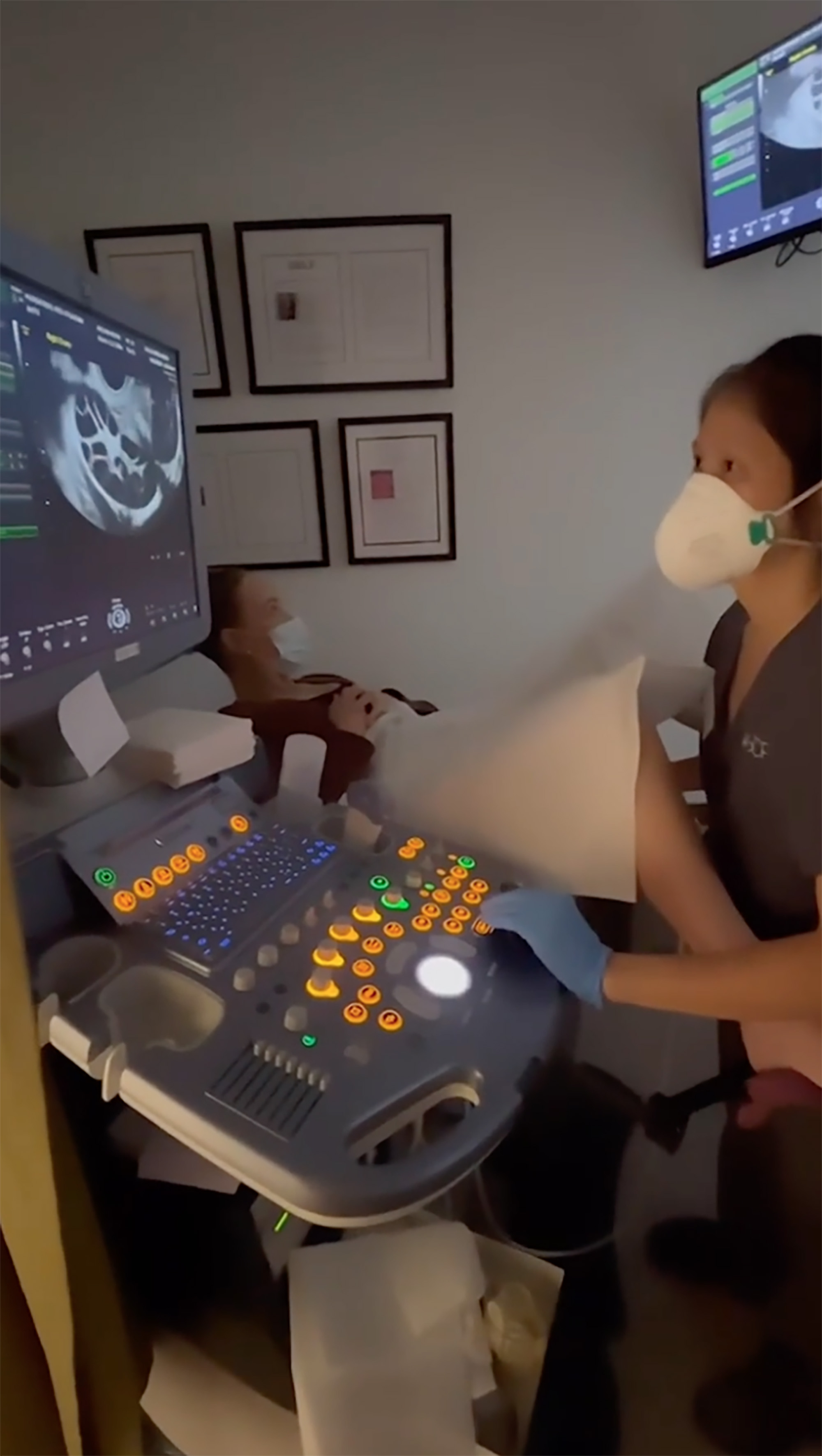 Following the appointment, the New Zealand native suggested “having a lot of babies.”

“Let’s have a soccer team, what do you think?” she asked Chmerkovskiy, to which he quipped back, “Yeah, we can have 27.”

“I could be the new Octomom, I could,” she joked, referring to Nadya Suleman, who rose to fame in 2009 for having octuplets after IVF treatments. 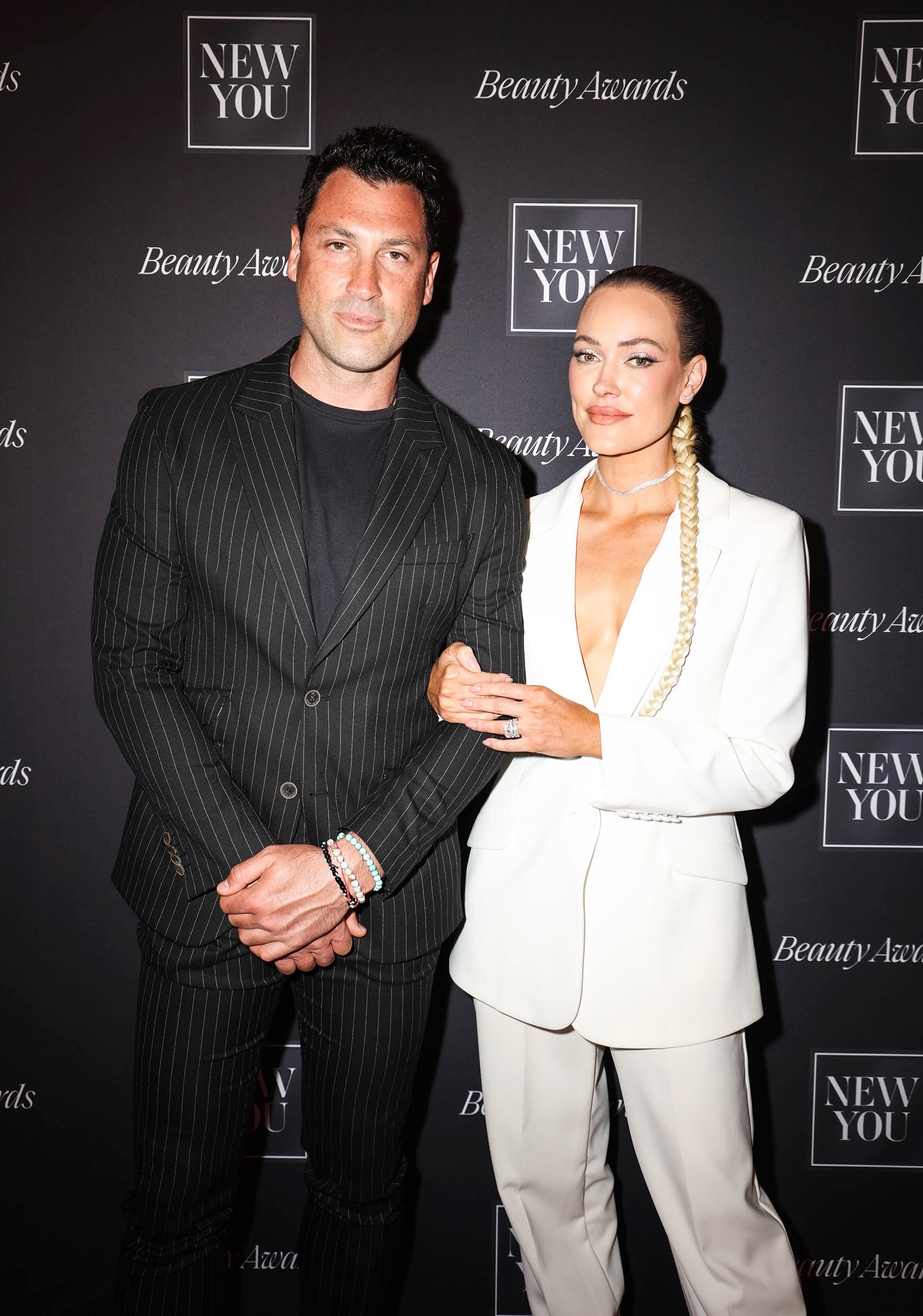 Fans were quick to wish the couple well on their journey with IVF and praised the dancers for being so vulnerable about their decisions.

“Thank you for sharing such intimate moments! I can’t even imagine the number of women you are helping!” one fan commented.

“Praying for you! You are so brave to be so open and vulnerable,” a second said. “Praying this journey brings you more children. Good health and happiness to you and your family!” 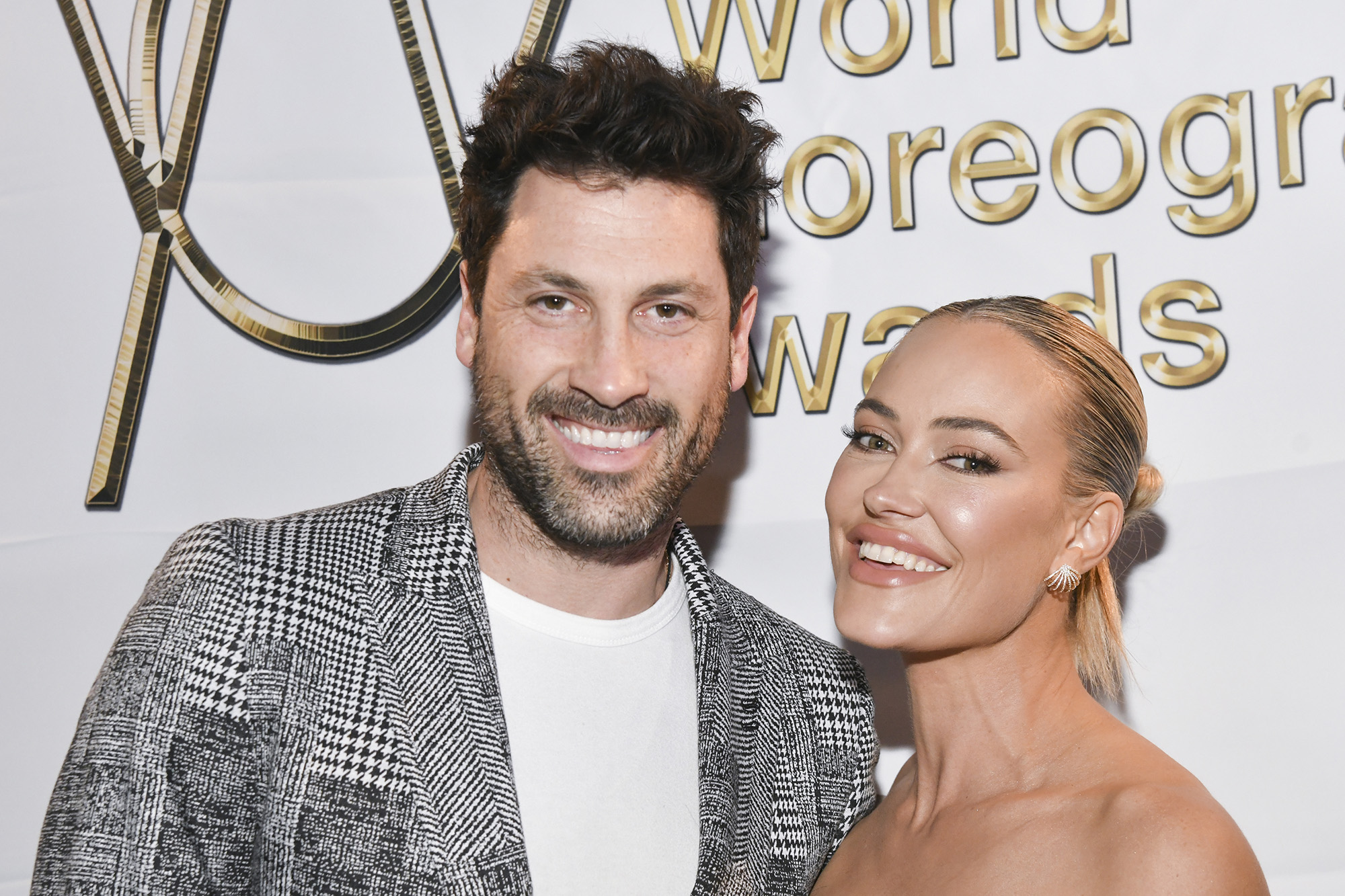 Last week, Murgatroyd announced she would be trying IVF after suffering multiple miscarriages, promising to be “as transparent as possible” during the process.

“Let’s normalize the conversations surrounding miscarriages and IVF and create an environment that is more comfortable for all women ❤️,” she wrote on Instagram.

Murgatroyd and Chmerkovskiy welcomed their son, Shai, in January 2017 and wed shortly after in July of that year.