Servers and flight attendants reveal the VERY petty ways they got revenge on rude customers, from serving them cold butter that will ‘rip up’ their bread to CROP DUSTING them while they eat

Restaurant and retail workers are sharing the best, pettiest revenge they’ve had on rude customers, from crop dusting them to switching their espresso to decaf.

TikTok user Darron Cardosa posed the question on the app this weekend, asking other users: ‘What’s something you’ve done to a customer after they’ve been rude to you?’

Dozens have replied, revealing the petty, ridiculous ways they’ve minorly inconvenienced customers who could have been more police. 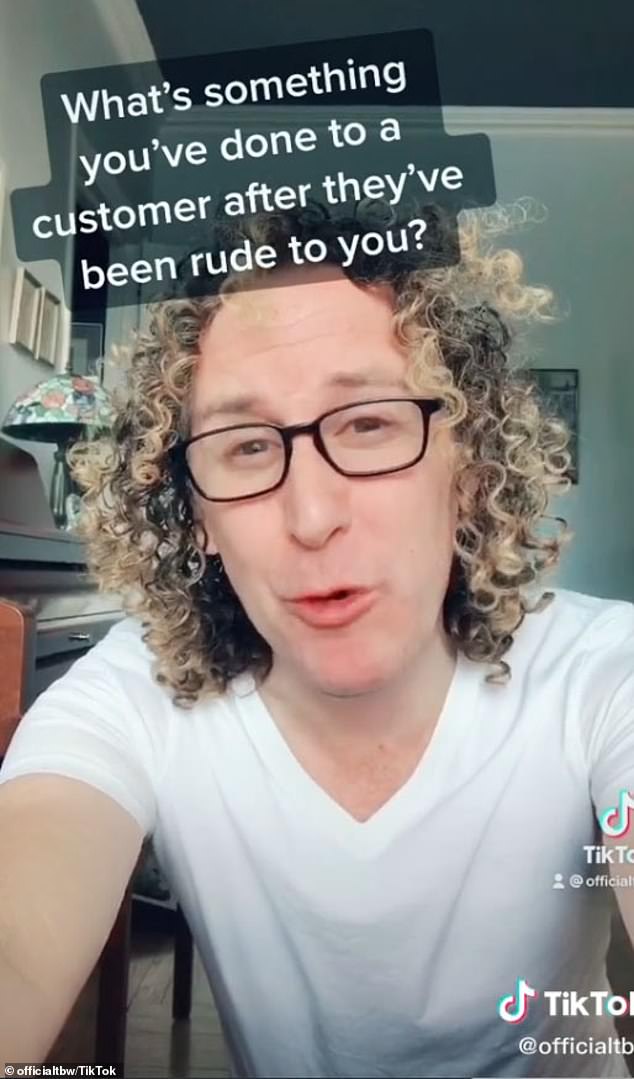 Share time! TikTok user Darron Cardosa asked other users: ‘What’s something you’ve done to a customer after they’ve been rude to you?’

While some stories reveal fireable offenses, others could never reasonably be blamed on the employee.

Darron, for example, never technically did anything wrong — he just went a little out of his way to make his customers’ experience slightly less pleasant than it might have been.

‘As a server, sometimes when rude customers ask for butter, I give them cold butter, even though I have room temperature butter, because I know the cold butter will rip up their bread,’ he divulged.

Ebony Mallinson, meanwhile, confessed: ‘I under-blend their smoothies, so the little chunks block their straws.’

McKenzie Morrison had a similarly petty tactic, which the customers may not even noticed — but at least it made McKenzie feel better.

‘As a deli worker, when a customer is being a Karen, I’ll squish the cheese together after I slice it, so it’s impossible to separate later,’ she said.

‘I work at a grocery store,’ said a woman named Rachael Hendrick in her video. ‘When rude customers don’t wear a mask, I will spray fart spray in the aisle.’

User @bree_ann_uhh, meanwhile, said she and her fellow servers opted for the real thing.

‘Shout out to all the servers,’ she wrote. ‘For rude customers, we crop dust — especially if it’s busy and loud and the music’s going and they definitely won’t hear you. We crop dust.’

Canadian flight attendant Helena Handbasket said: ‘For rude customers, I book their airplane seat on a 10-hour flight next to the bathroom.’

A TikToker named Sammie didn’t just get revenge for rudeness, but she held a police officer accountable.

‘A cop came into my store with no mask in his uniform,’ she said. ‘I said, “Sir, next time you come in, I need you to put on a mask.” He looks me dead in the eyes and said, “I have a medical condition. What are you gonna do about it?”

‘I looked at his badge, and then I later called the police department and told them. Ever since then, every time he comes in, he’s wearing a mask. Every time.’ 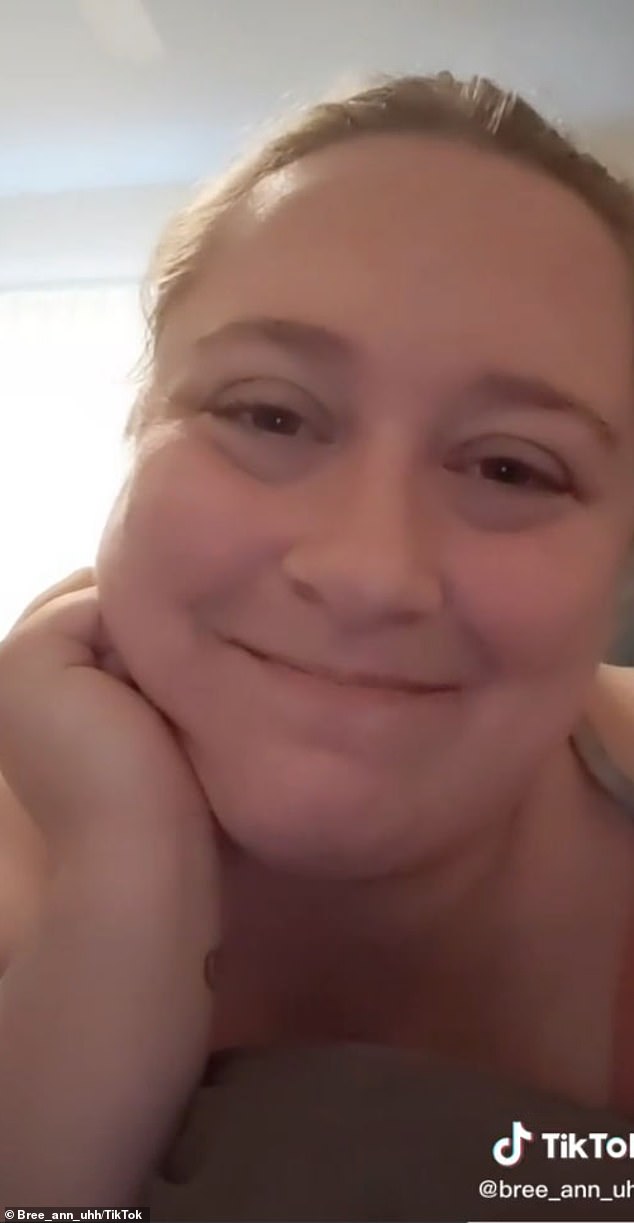 ‘For rude customers, we crop dust — especially if it’s busy and loud and the music’s going and they definitely won’t hear you. We crop dust,’ said one user

Some of the behaviors, though, likely would have gotten the employees in a bit of trouble if their bosses had learned about them.

Stephanie Crnkovich said that when she worked as a barista, she’d give rude customers decaf espresso instead of regular.

Geza Daniel Molnar said that while working at a hotel, he encountered late arrival guests who didn’t tip him when he helped with their luggage.

‘So I phoned them in the middle of the night,’ he said.

User Chelsea Dickinson spilled her devilish trick, revealing: ‘I used to double charge them, so they had to go wait in the customer service line to get a refund.’

And user @heather.blr did something similar at the grocery store where she worked,

‘There were a bunch of rude customers — I had people even throw food at me and laugh about it,’ she said. 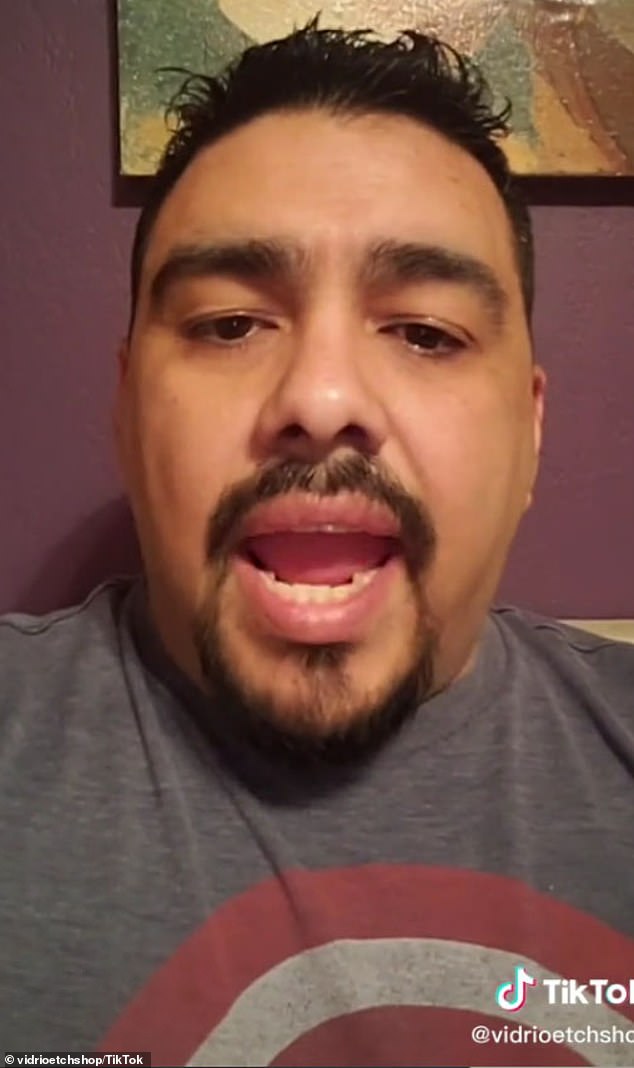 Deserved! Perhaps one of the best revenge stories came from Javier Sanchez  who in the late ’90s worked for a cable company and dealt with a racist customer on the phone

Perhaps one of the best revenge stories came from Javier Sanchez, who in the late ’90s worked for a cable company and dealt with a racist customer on the phone.

‘There was an Oscar De La Hoya fight on that night,’ he said. ‘A customer called in saying they ordered all this food and had all these people over to watch the pay-per-view fight, but it wasn’t working.

‘So, I eventually fix it for them. I hear the entire party cheer. The man on the phone goes, “Thank you! What’s your name?” and I told him, “Javier.” He goes, “Thank you,” and then calls me a racial slur and hangs up.

‘So, I turn the fight off on his TV and leave notes for other employees to not turn it back on. The next day, I see that he had been calling all night to get the fight back on, and no one turned it on for him. I win.’