She left the back door open, and even provided the gun and bullets, police say.

A pastor’s wife and her lover have been accused of murdering her husband after all three allegedly had multiple threesomes together.

David Evans, 50, was shot dead in his bed in the early hours of Monday March 22; his 47-year-old wife Kristie Evans told 911 an intruder had broken into their home and murdered her husband while he slept before fleeing. 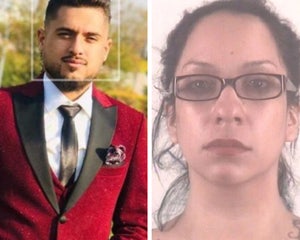 Kristie originally told police she was woken by a “pop” noise and the smell of smoke just after 1 AM, and found her husband bleeding from his mouth, nose, and the bullet hole in his head.

As her husband gasped his last breaths, she ran outside to see if she could spot the intruder, she said, before calling 911.

But according to Oklahoma State Bureau of Investigation, the wife subsequently confessed that she had left the back door open and even provided the gun and ammunition that ended her husband’s life.

She said she and her husband had previously met Square several times for sex sessions at a Super 8 motel months earlier.

“On one of those occasions, Kristie secretly dropped her phone number on the floor for Kahlil,” an OSBI agent wrote in an arrest affidavit, per the Oklahoman. “Kristie continued to communicate by phone daily with Kahlil without David’s knowledge.”

A week before he was murdered, David went on a mission trip to Mexico; during this time his wife invited Square to stay at the couple’s home for three nights for sex, the court documents say. It was during this time they plotted to murder the pastor, investigators believe.

She gave Square a gun and bullets belonging to David, which he had acquired in a trade with a church member just a month earlier, and told him she would leave the door unlocked, the documents say.

On the night of the murder, he crept inside; Kristie told police she found Square crouching in the dining room, when she “urged him to proceed with the plan.”

Surveillance cameras place Square’s white Ford Mustang at the house on the night of the killing — as well as several other nights before that, investigators claim.

During interviews with police, Kristie claimed her husband was verbally abusive and called her names “slut, fat, ugly and whore”, the affidavit claims, and that she had told Square about it. She also told him “it would be nice to have more freedom.”

According to police, Kristie confessed to at least one of the couple’s three children what she had done, telling her daughter she had “begged” Square to kill her father.

Both Kristie and Square were arrested and are facing first-degree murder charges.

A statement from Harmony Free Will Baptist Church, where David preached, said “the circumstances that are now coming to light have taken us by surprise and we are greatly saddened.”

“We are aware that even pastors can succumb to human frailty and we ask that our privacy be respected at this time as we as a church family grieve and process all of these events,” it said. 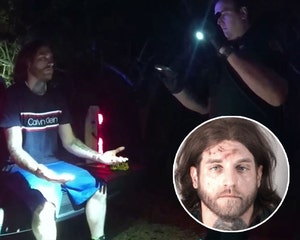