Olivia Munn was snapped out in Los Angeles Thursday, sans comic John Mulaney, whom she’s most recently been linked to. 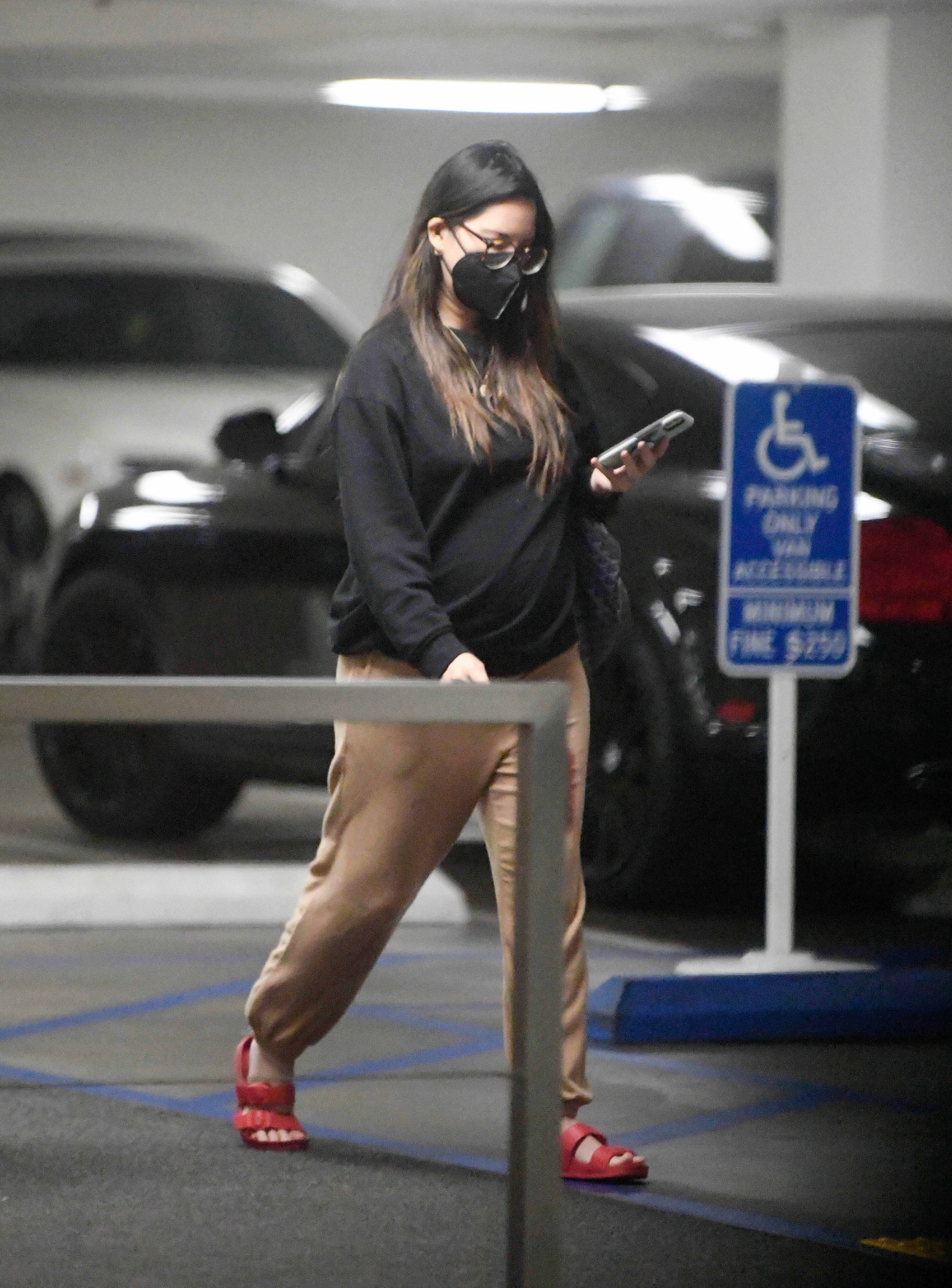 Munn, 41, was seen in baggy tan sweats and a black crewneck sweatshirt as she strolled through a parking garage, phone in hand. 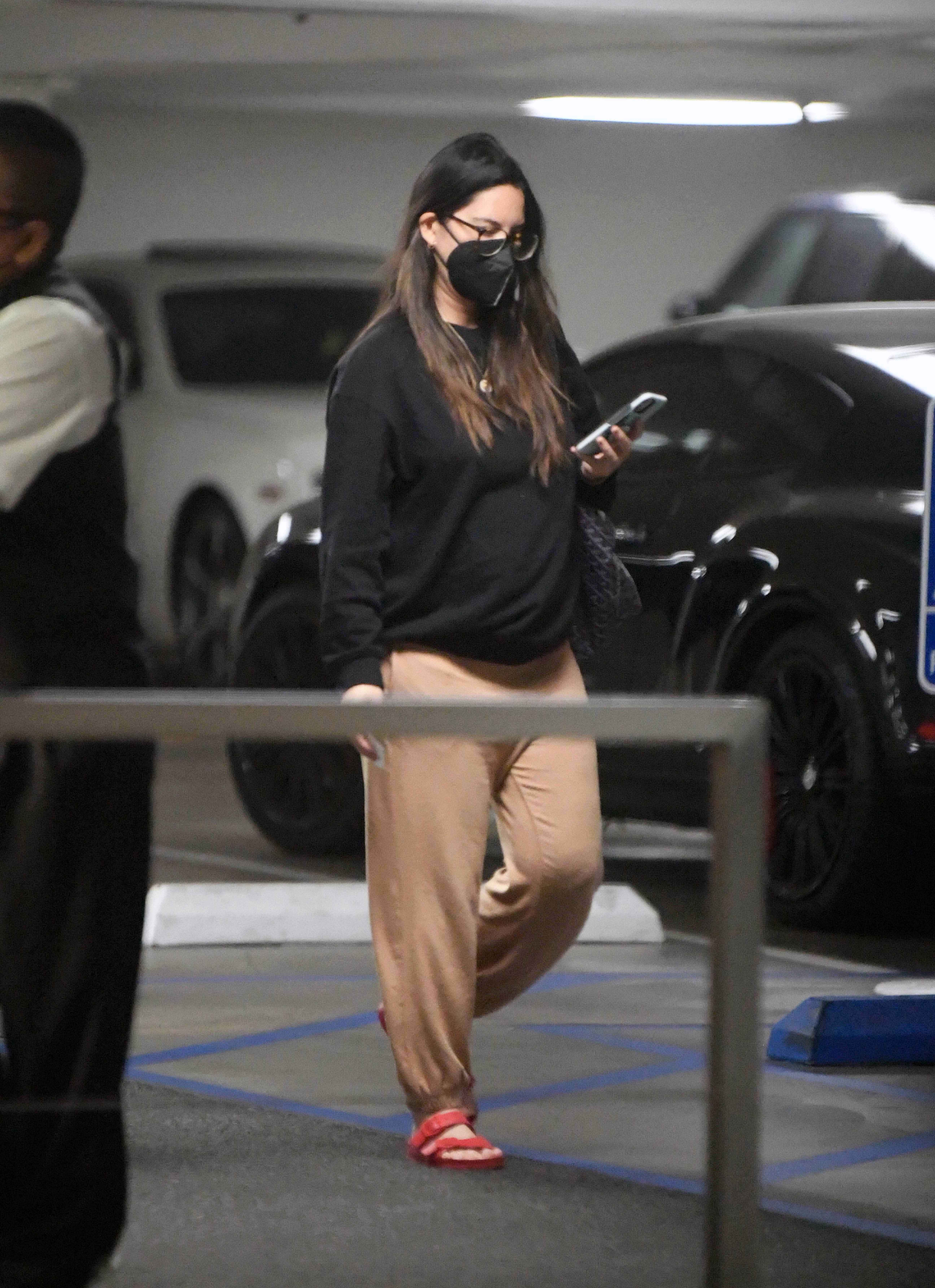 She opted for a pair of bright red sandals with the outfit, lending a pop of color to her look. 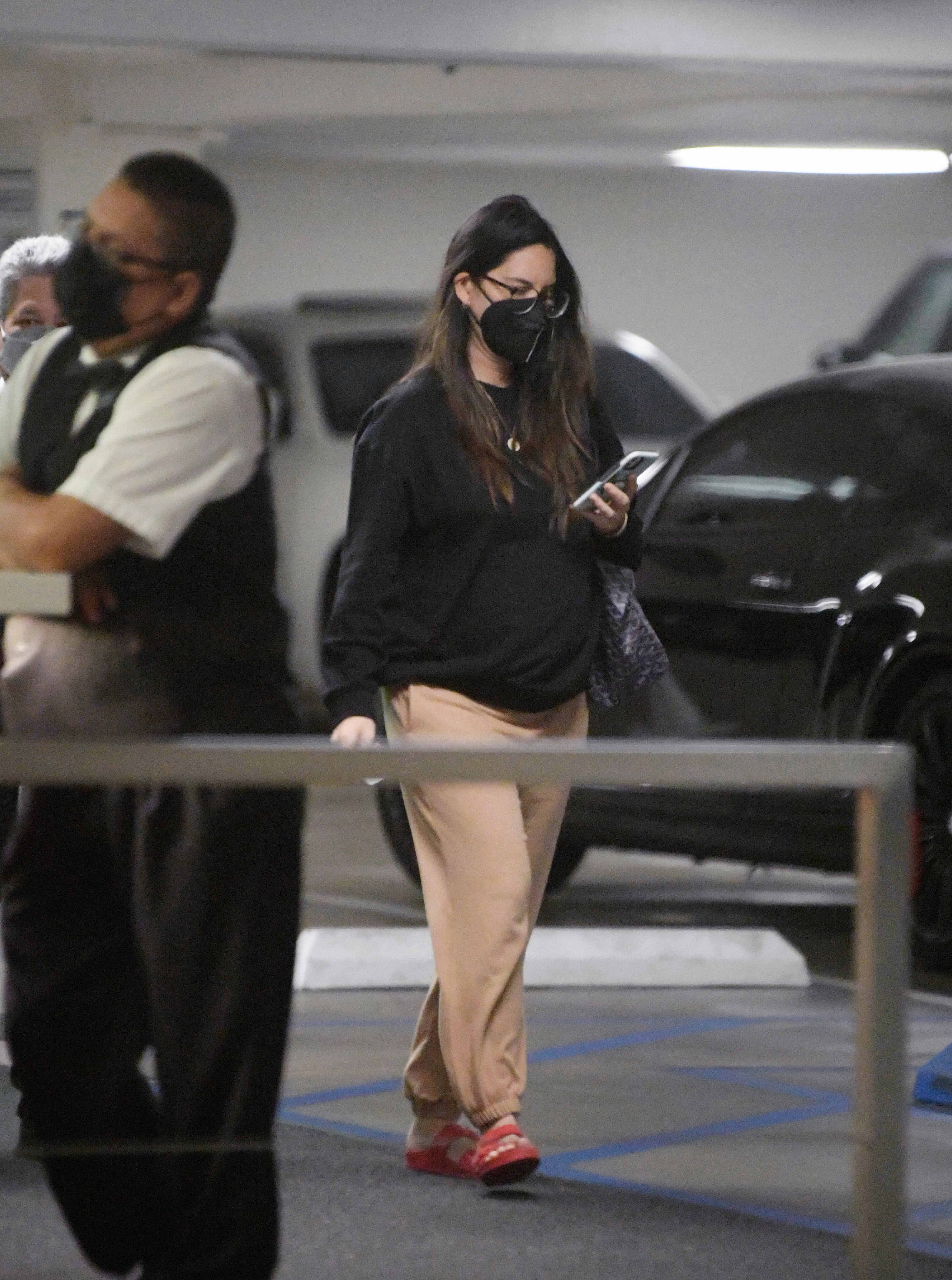 It’s a variation on the look she was wearing the last time she was spotted in LA, two months ago, when she was snapped leaving the 39-year-old Mulaney’s house.

Mulaney dumped artist Anna Marie Tendler in May after completing a stint in rehab for cocaine and booze. Tendler reportedly did her own stint in rehab as their marriage collapsed; she moved out of the LA home they shared in June as Munn and Mulaney were seen yukking it up around LA. 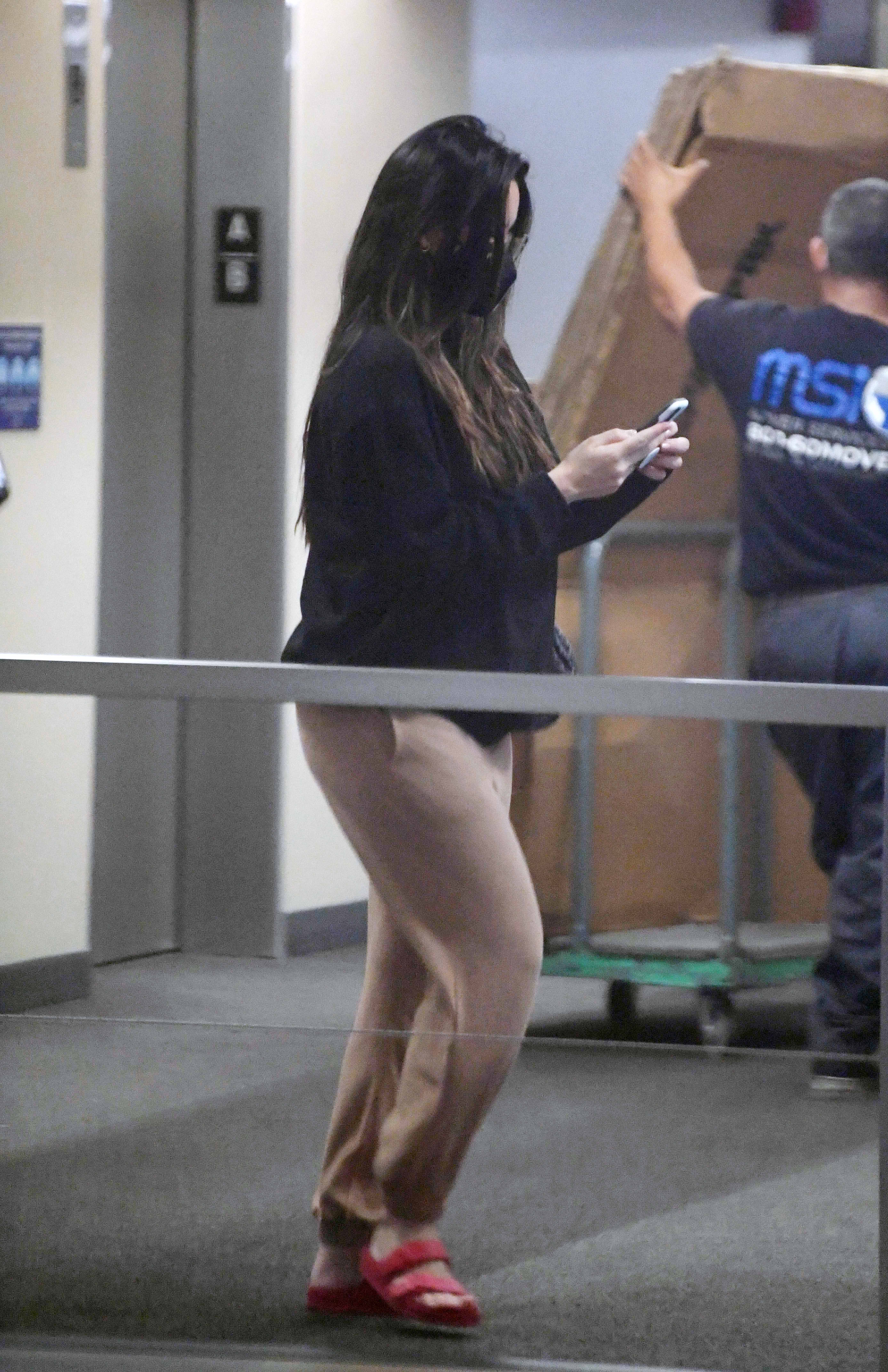 Mulaney officially filed for divorce on July 23 in New York.

Just three days after Page Six confirmed Mulaney’s split from Tendler, his relationship with Munn went public. The new couple reportedly met at church in Los Angeles, Calif., though Munn said in a 2015 Huffington Post interview that she was “obsessed” with Mulaney, relating a story about repeatedly talking to him at Seth Meyers’ wedding to wife Alexi Ashe in Martha’s Vineyard in 2013. 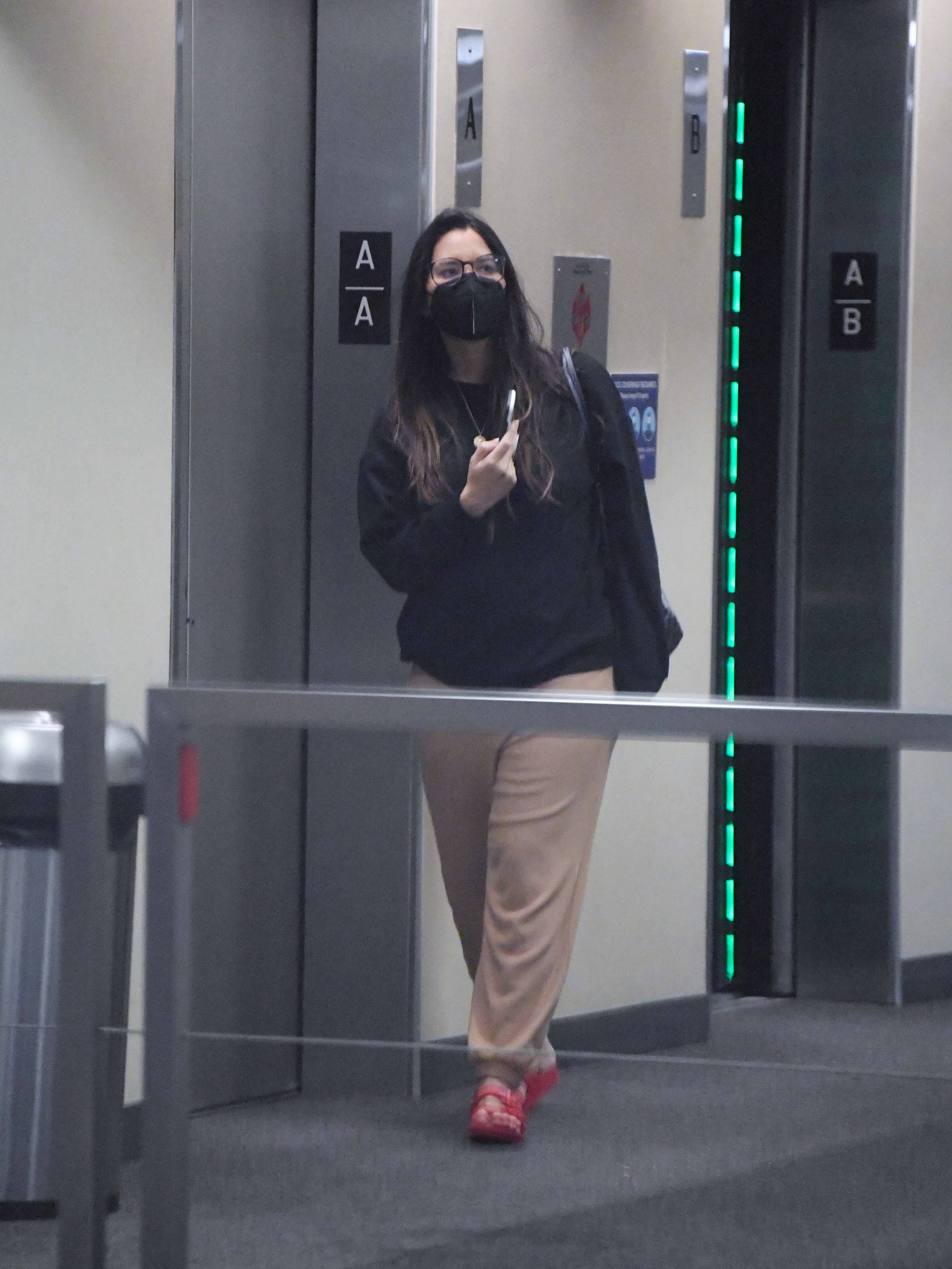 Munn was also heard “loudly gushing” about Mulaney in LA days before his divorce was announced. Out in West Hollywood with friends, Munn made it clear to the group that she was “very into him,” Page Six reported in May.

Page Six has reached out to Munn’s team.