An embattled dairy giant set to lay off 170 workers in flood-ravaged northern NSW says it asked for $24 million more in federal funding to rebuild its factory but was knocked back by the government.

Prime Minister Anthony Albanese said Norco, whose Lismore ice-cream factory was inundated in February, had already received “substantial support” from state and federal coffers after the co-operative said the $34.7 million on offer wasn’t enough to stay in business. 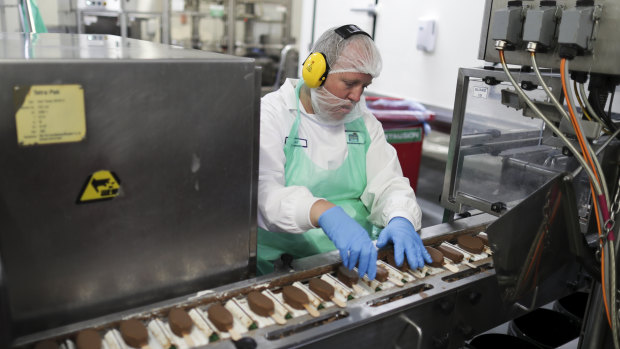 Norco is bracing to lay off 170 workers at its Lismore ice cream factory despite “substantial” federal funding.Credit:Alex Ellinghausen

The livelihoods of the factory’s workers, including their payout entitlements, now hang on Norco’s decision on whether to rebuild. Australian Manufacturing Workers’ Union NSW secretary Cory Wright said there had been no “genuine dialogue” from management over the factory’s future.

“They’ve indicated that until a decision is made about the rebuild that no redundancies will be on offer … a lot of these workers have insurance issues, they’ve not been able to access their homes, some of them are living in tents,” Wright said.

A Norco spokesperson said it presented three rebuild options to the government in its Anchor Business Support Grant application, the cheapest of which involved a $59 million funding ask, with the co-operative promising to contribute $42 million.

The minimum proposal was for a rebuild minus one of the manufacturing lines, and minus the in-house plastics tub manufacturing.

“Norco is simply asking for a small amount of additional funding to enable the rebuild of a viable and resilient facility – for its workforce, its farmer members and the broader Lismore community,” the spokesperson said.

“Since the floods took place, Norco has been fighting hard for the factory’s survival and we will continue to do everything we can to fight for its future.”

Under the Anchor grants, the co-operative was offered more than half of the $60 million available for the flood-hit Northern Rivers, after it had been earlier given a $2.7 million support package from Emergency Management Minister Murray Watt in July this year.

The $2.7 million made up part of nearly $8.5 million given to Norco in wage subsidies this year to keep its workforce. That wage subsidy expires on September 23, the day Norco said it will let 170 staff go.

Watt said the Anchor program supported the retention of almost 1400 jobs in the region, with five other recipients having welcomed the “significant grants.” 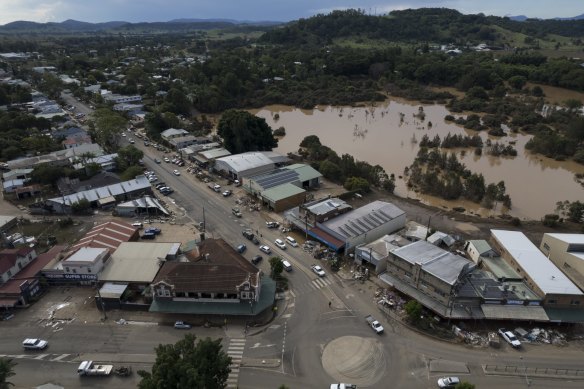 Lismore was devastated by floods earlier this year and many of its residents have been unable to return to their homes.Credit:Brook Mitchell

“It’s obviously disappointing to see Norco has said it’s likely to stand down workers despite that funding on the table,” Watt said. “To date, the business has been offered over $43 million in direct support through government disaster grants and wage subsidies – a significant contribution from taxpayers to safeguard Norco’s local operations.”

Albanese said on Wednesday Norco had received “in excess of $30 million of taxpayers’ money, shared between the Commonwealth and the state.”

“I would hope that Norco look after their employees. I’ll continue to work with Premier Perrottet on these issues. I realise that the Northern Rivers has suffered greatly, including businesses, but we have provided substantial support,” he said.

Following Norco’s revision over the year of the funding it required, Wright said the union didn’t “have a genuine handle on whether the figures being thrown around are accurate”.

He said the lack of information from the board was contributing to talk of a shutdown, despite that not being the union’s view of Norco’s intentions.

“We’re in limbo until the board makes the decision. We don’t want to go into next Friday and have the stand-down occur without the decision being made,” he said.

Nationals MP Kevin Hogan, whose Page electorate encompasses the factory, said the situation was heartbreaking for the workers and their families.

“Both state and federal governments need to work with Norco to make sure that the factory gets rebuilt,” Hogan said, adding that if the commitment was there the jobs would return.

Lismore City Council general manager John Walker said there are currently 40 council positions available to help rebuild the city after the floods, and the council is actively encouraging workers who will be displaced by the lay-offs to apply for those roles.