Nikki Bella and Artem Chigvintsev: A Timeline of Their Relationship

“We’re legally married in France and in the United States,” the wrestler, 39, exclusively told Us Weekly on Tuesday, January 24, ahead of the premiere of Nikki Bella Says I Do. “I think because we have our [marriage records] confidential … people went and searched and they didn’t find it.”

The WWE star and the Dancing With the Stars pro, 40, tied the knot last year after more than three years together. The duo — who share son Matteo, 2 — postponed their nuptials multiple times in part because of the coronavirus pandemic.

After their wedding, however, some fans took to social media to claim they couldn’t find public records confirming the couple’s union. According to Bella, however, the rumors aren’t true. 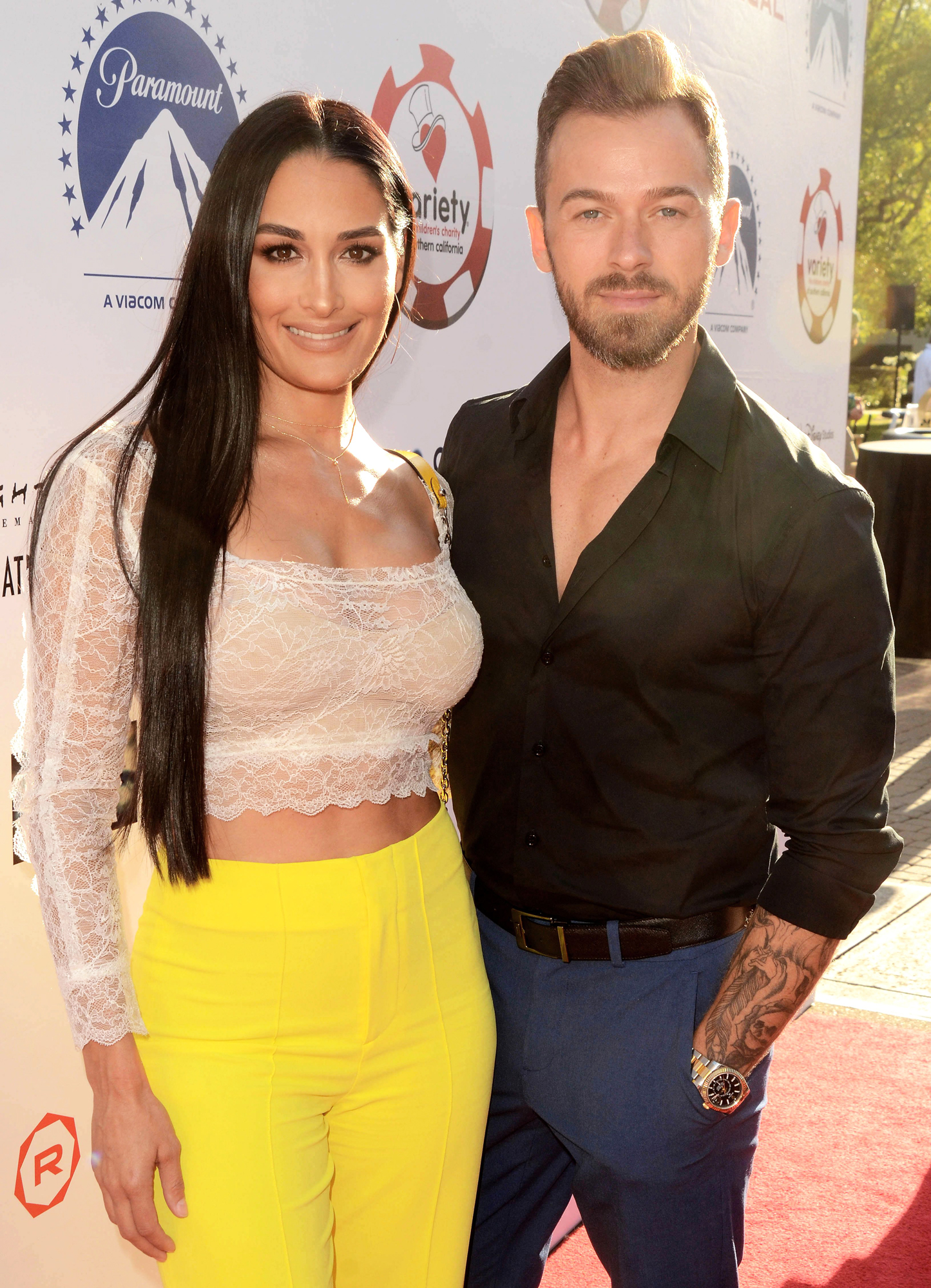 The Celebrity Ninja Warrior alum added that marriage hasn’t changed too much about her and Chigvintsev’s relationship so far, though she did legally take her husband’s last name.

“It’s been amazing. What I like is it just officially made us a family,” Bella explained to Us. “We kind of already lived the married life in a way, and because we have Matteo we already share life, but it’s just kind of neat. I guess more so for me because my last name’s different. Now I’m Nicole Chigvintsev, and that was a huge change for me.”

The duo are gearing up for the premiere of E!’s docuseries about their nuptials, which debuts on Thursday, January 26. Planning a wedding is always stressful, but the twosome upped the ante by pulling it all together in just four weeks to accommodate their work schedules and Matteo’s first year of school.

“I was like, ‘Oh, this is the perfect time. We’ll do it before summer vacation ends and people go back to school,’” Bella told Us. “In my head, it just seemed so perfect, and in my head, I thought it’d be so easy to plan a wedding in four weeks, especially [with a destination]. And I was so wrong. I don’t suggest that anyone plan a wedding that quick, but it was also fun and spontaneous.”

Couple Alert! Every ‘DWTS’ Pro and Celeb Who Found Lasting Love on the Show

Chigvintsev, for his part, noted that the time crunch actually helped them get over the finish line with wedding planning. “It’s great when you set yourself [a] certain time limit,” he explained. “It’s kind of like you’re forced to do it.”

The tight schedule also meant that the couple didn’t have time to feel disappointment when something went wrong — and according to them, a few things did.

“I feel like when something is planned so far in advance and then it goes wrong, it’s just like, ‘Really? You had nine months to deliver the right flower or make the right cake,’” Nikki said. “But [with the time limit], when something didn’t work out, I was like, ‘Oh, well, we tried.’”