Nicki Minaj claims her controversial tweets about the COVID-19 vaccine have landed her in “Twitter jail.”

Taking to her Instagram Story, the rapper alleged she was locked out of her account on Wednesday, two days after she suggested that a COVID-19 vaccine caused her cousin’s friend in Trinidad to become “impotent.”

“They didn’t like what I was saying over there on that block I guess,” Minaj, 38, wrote. “Asking questions is OK. I like being fkng dumb then boom. Can’t tweet.”

A Twitter spokesperson denied Minaj’s claim, telling Forbes the social networking site “did not take any enforcement action on the account referenced.”

The backlash began on Monday when Minaj revealed via Twitter that she would not be attending the Met Gala in New York City. Fashion’s biggest night out required all attendees to show proof of vaccination. 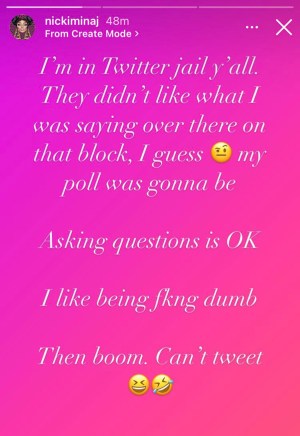 She added, “In the meantime my loves, be safe. Wear the mask with 2 strings that grips your head & face. Not that loose one 🙏❤️”

Minaj further explained that her cousin in Trinidad refused to get the vaccine because “his friend got it” and “his testicles became swollen.”

“His friend was weeks away from getting married, now the girl called off the wedding,” Minaj explained. “So just pray on it & make sure you’re comfortable with ur decision, not bullied.” 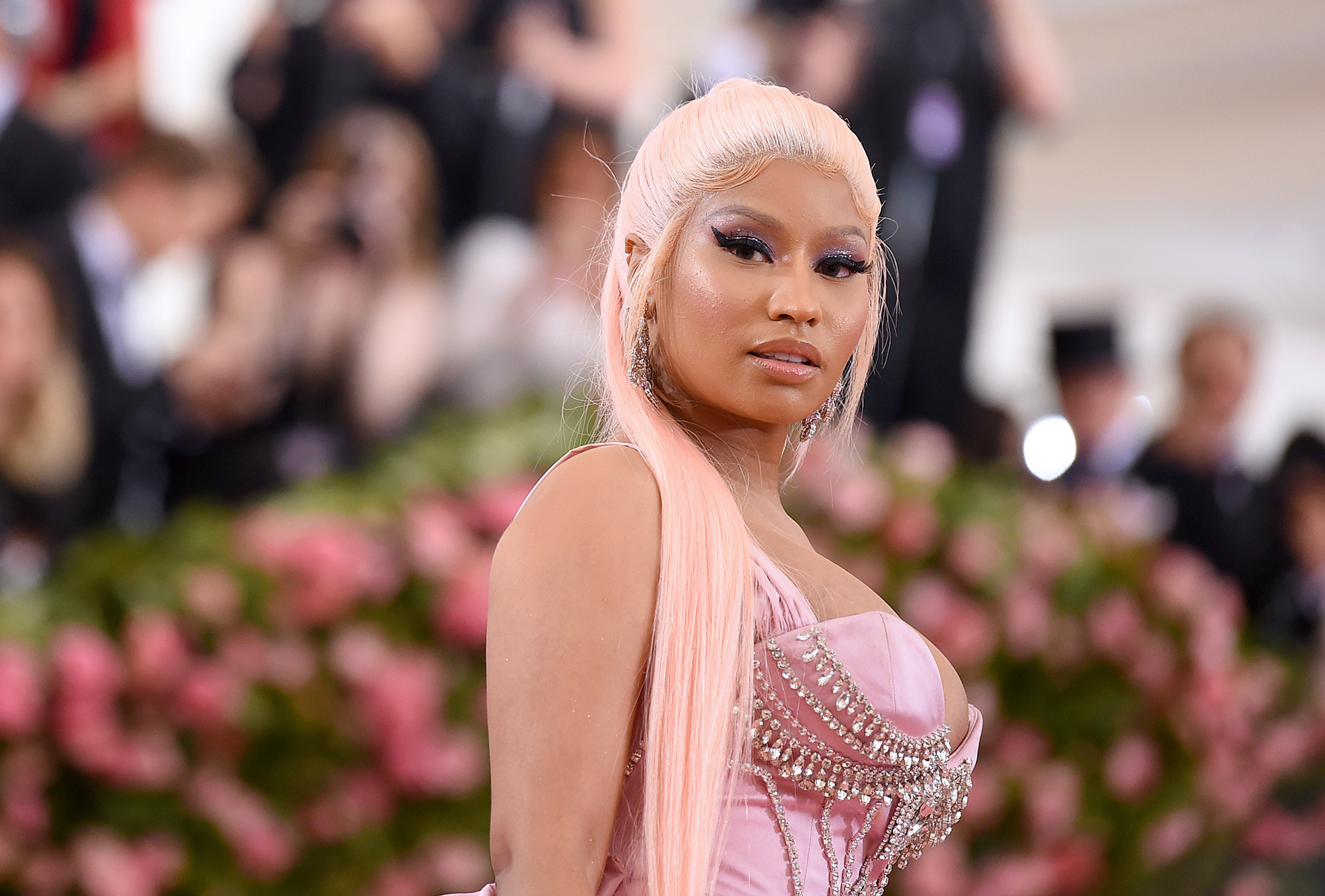 Dr. Anthony Fauci slammed Minaj’s allegations in an interview with CNN’s Jake Tapper on Tuesday. When asked whether there was any evidence to prove that the Pfizer, Moderna or Johnson & Johnson vaccines have adverse side affects on male or female reproductive health, Fauci said, “No.”

“There’s no evidence that it happens — nor is there any mechanistic reason to imagine that it would happen,” he said. “So the answer to your question is no.”

“[Nicki] should be thinking twice about propagating information that really has no basis except a one-off anecdote, and that’s not what science is all about,” he added.

Additionally, health officials in Trinidad and Tobago investigated Minaj’s COVID-19 vaccine story and determined it to be a “false claim.”

“One of the reasons we could not respond in real-time to Ms. Minaj is that we have to check and make sure that what she was claiming was either true or false, and unfortunately we wasted so much time yesterday running down this false claim,” Health Minister Deyalsingh said in a press briefing, according to Forbes. “As we stand now, there is absolutely no reported such side-effect or adverse event of testicular swelling in Trinidad or, I daresay … anywhere else in the world.”