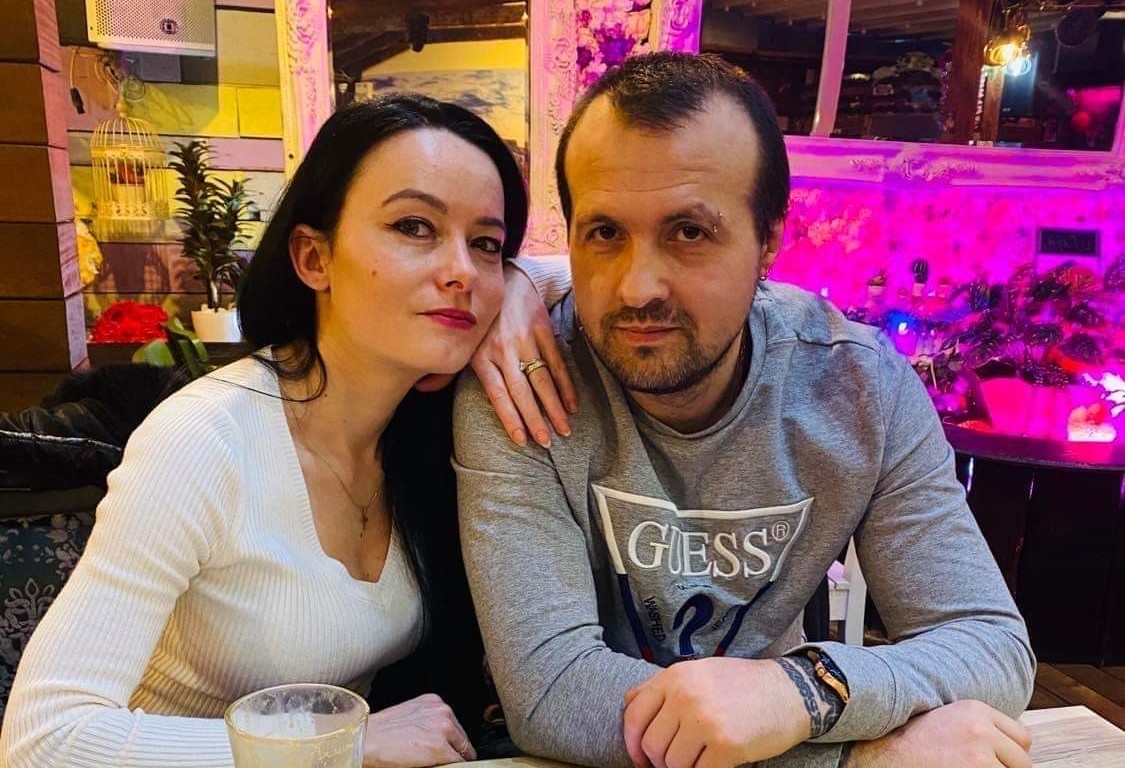 Gabriel and I used to leave the house for work together as Bolt drivers every single day.

He’d go off to his car and me to mine but we talked throughout the day as we drove passengers across the city. We’d make plans for dinner, the weekend, and the future.

We told each other everything because, apart from being my brother, Gabriel was my best friend.

The day Gabriel died while on the job, we left the house together like normal and then spoke on the phone from our cars. The last thing he said was that he’d just picked up a client and would call me later. If I’d known that would be the last time I spoke to him, I would never have hung up the phone.

When my phone rang again a few hours later, it was my other brother telling me the police were at his house and something terrible had happened.

At first, all we knew was that he was hurt, and that it was serious. We thought it was a car accident. I just cried and cried, and couldn’t breathe.

It was some time before I could calm myself enough to put my hands on the wheel and drive home. It was there I learned that Gabriel had been stabbed to death in his car by a passenger.

I screamed but I could not believe it. None of us could. It was two weeks before they let us see him and all that time we were left in shock, telling ourselves that perhaps they had made some mistake because life without Gabriel was unimaginable.

I can’t stop thinking about Bolt’s failure to keep him safe.

On the day of his death, the Bolt app failed to raise so much as an automated welfare check when it showed him as stationary on a local journey for 344 minutes. That’s almost six hours.

Since then – and thanks, I believe, to our campaigning and public pressure – Bolt has introduced an automated welfare check for drivers who show as stationary and unresponsive for long periods. It is a step in the right direction but there is a long way yet to go.

I don’t know what happens if someone fails to respond to that welfare check. There is a lot we don’t know because we are still waiting for Bolt to sit down and talk with us, but I hear stories from other drivers about them calling Bolt after an assault and they say that nothing is done.

It breaks my heart to still be hearing stories like this a whole year after my brother’s death.

Other demands, like protective partitions, have not been implemented yet and Bolt still will not agree to meet with us and with our union – the Independent Workers’ Union of Great Britain (IWGB). We want to discuss ongoing health and safety concerns in a sector where seven in 10 of us have been physically assaulted on the job, according to a survey undertaken by IWGB.

All the communication we got from Bolt was a condolence call and a bunch of flowers with a few employee signatures on a card branded, of course, with the Bolt corporate logo.

A year later, I am still getting behind the wheel for work, although I refuse to go back to work for Bolt. It’s too quiet without his calls and although I don’t feel safe at work, I still drive for a living out of necessity. As a single mum, I need the money and flexible working hours.

Much about the design of the Bolt app still shows disregard for drivers’ safety. Driver IDs are checked but customers’ aren’t and while a customer complaint can cost a driver their job, drivers aren’t being properly protected.

Even the app’s SOS button for emergencies does nothing more than give you the option of calling local emergency services and ‘notifying’ Bolt. Fellow drivers have told me that they feel they were disbelieved or ignored when they raised issues, as well as several IWGB members who have had their accounts terminated after they raised complaints of abusive behaviour by customers.

They receive pastoral support, counselling after a traumatic assault and in the event of a death at work, their next of kin may be eligible to receive pension and other benefits.

For those of us doing similar work in the gig economy, whether we’ve self-isolated with Covid-19 or been assaulted by a passenger whose identity Bolt didn’t even bother to verify, we are marched off a financial cliff edge.

Bolt was recently valued at £6billion and is expanding rapidly but still offers little support to drivers who become ill or are injured. During the height of the pandemic, it temporarily offered sick pay but only in specific circumstances and not to every driver.

Amidst all this, I am still having to explain to my seven-year-old son why ‘Gaga’ (his nickname for Gabriel) isn’t coming back. Nicholas still asks about his uncle every day.

I tell him Gabriel is an angel now, watching over us. And if that is true, I know he wants us to watch over all the other drivers and do whatever we can to make sure no one else has to go through this.

That is why we are proud to be launching Gabriel’s Campaign for Driver Safety today with the IWGB. Our campaign puts forward common sense solutions – like sick pay, a support line and customer ID checks – to help drivers and customers travel safely via the private hire driver apps in the gig economy. At its heart, the demand is simple: we want Bolt to put drivers’ lives above cost-cutting and customer convenience.

Only when that happens will we have justice for my brother. I want his legacy to be that private hire drivers get behind the wheel every morning without fear, safe in the knowledge that if something should happen, they would have the same rights and protections that most workers take for granted.

After everything my family has lost, I think Gabriel’s Campaign deserves a fair hearing from my former employer.

In his final weeks, he and his partner had decided to start a family. He was so excited about becoming a father and I knew he was going to be great because he was already like a father to my little boy, Nicholas.

Gabriel dreamed one day of saving enough to move home to Romania and buy a house by the forest, somewhere peaceful and quiet where he could teach the kids to fish.

More than anyone I’ve ever known, he deserved to see those dreams come true. That’s why I’m fighting for him – so that no one else has to go through this.

A spokesperson for Bolt told Metro.co.uk: ‘This was a shocking incident and a senseless tragedy, and we offer our condolences to Gabriel’s family and friends on the anniversary of his tragic death. Bolt drivers need to feel respected and safe whilst driving on our platform and we are constantly assessing and improving the safety protection available. Our in-app SOS button can be deployed by drivers immediately and connects directly to the emergency services and Bolt’s safety team, and in the past year we have introduced new welfare checks on static vehicles and 24/7 support both in-app and on the phone. We have also significantly increased the size of our safety team who focus on removing passengers with consistently poor driver feedback from our platform.‘