My ex-wife is being vile. She’s making dropping off and picking up our teens an unnecessary nightmare.

She’s angry because I’ve got a new girlfriend. I don’t think she imagined that I’d ever find love again, but my lover is amazing.

She’s a successful businesswoman and the kids (14 and 16) adore her.

I’ve lost weight, converted a tired old bungalow into a fantastic new home and finally have a job I love.

The boyfriend my ex-wife left me for in 2016 has long gone. He took most of her divorce settlement and now lives abroad.

She’s bitter and angry and living in an old school friend’s box room, but how is that my problem?

Any time I drop the kids off on my own my ex invites me in and tries to have sex with me.

It’s like she feels the need to get one over on my girlfriend and mark her territory.

She sends the kids out to buy a burger and I almost have to fight her off. I’m not flattered or impressed. 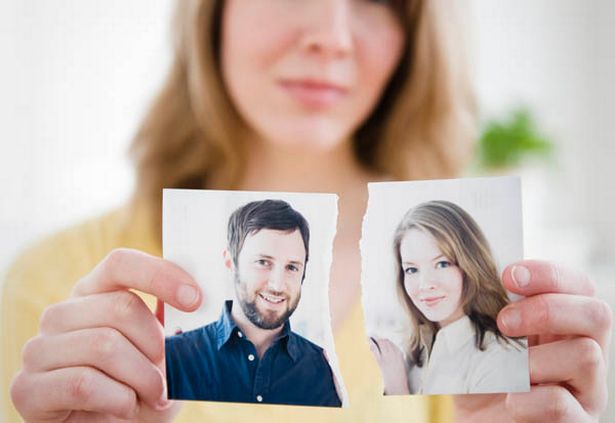 Her landlady/old school friend works for an airline and is often away. My ex begs me to stay over “for the sake of the children”.

She says it would be great to feel like a real family again.

When I diplomatically tell her that ship has sailed she becomes hurt and then angry. I regularly give her cash that she’s not entitled to, so I know that I’m not a bad person.

On the weekends when the children are with her, I dread collecting them on Sunday evenings because I’m terrified she’ll make a scene. Why does she have to be so immature and unreasonable?

JANE SAYS: Your ex-wife sounds like a lost soul.

She realises she made a big mistake in leaving you for another man, but what’s done is done.

Clearly your marriage had its problems, otherwise she wouldn’t have started her affair.

No-one benefits from these stressful battles. Your children must be feeling permanently anxious and worried.

She has to let this anger go for their sake and her own. Could you suggest an adult discussion on neutral territory at a time when the children are at school?

Can you appeal to her, as a loving mother, to consider their mental health and happiness? There will be weddings and grandchildren in future and you all have to find a way of coexisting.

Explain that the current situation is exhausting and toxic, but you have every faith that she will succeed in turning her life around.

Failing that, how about family mediation? Check out National Family Mediation ( nfm.org.uk) for information and details of services.

Keep talking to your two children and make it clear that nothing that is going on is their fault. She’s still their mum and deserves respect.

You also need to make it clear to your girlfriend that she can trust you 100% and that you are committed to your relationship.